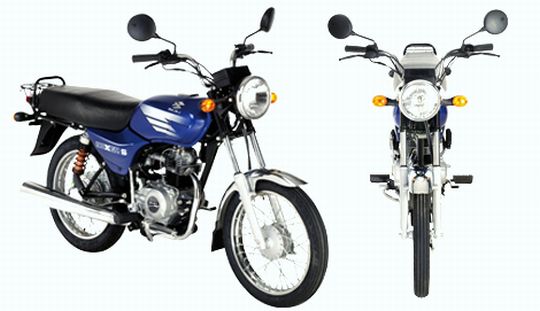 Bajaj is all ready its great new experiment. The company thinks what the rural Indian two-wheeler buyer requires is a sturdy, torquey and sufficiently powerful machine than a mere fuel sipper. The Boxer 150, or the Bharat Bike is trying to create a new segment all together. Of course it has to be based on a detailed market survey, but how well the concept works in the real world, only time will tell. The bike has been soft launched in some parts of Maharastra and Madhya Pradesh, as a part of the initial feedback drive we reckon. We would like to think that Bajaj would officially announce the launch too very soon.

If the Pulsar is the energy drink that refreshes the enthusiasts in modern and metropolitan India, the Boxer 150 is planned be the thirst quencher for more than 50% of the Indian two-wheeler buyers who reside in rural ‘Bharat’. The bike is expected to have low end pulling power, torque and load bearing capacity as its merits than outright acceleration and speed. It’s tough to visualize a 150cc machine as a rural workhorse from the Indian bike user’s point of view, as anything above 125cc is considered more ‘lifestyle’ than ‘utility’ here.

The Boxer 150 would be tuned for torque, with an effort to not go too off from the efficiency figures of the usual 100cc machine. The Bajaj Boxer should have a tough chassis, strong suspension and enough space and fastening points to carry load along with a rider.

Obviously, no one can be sure whether the concept will work or not, especially when we haven’t even seen the official pictures of the bike, let alone having ridden it. However, a 150cc bike, with better load bearing capabilities, more utilitarian design, a reasonably good fuel efficiency figure and a price tag of around Rs 40,000 should make a lot of rural user stop and think.

Click here for the spy pictures of an on-test Boxer