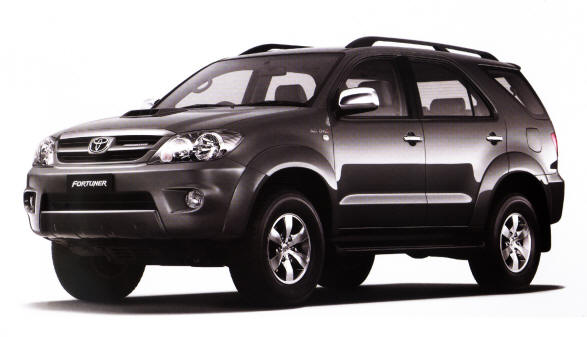 In a press release, Toyota Kirloskar Motor have announced today that the bookings for their hot selling SUV Fortuner are open again. The demand for the brawny SUV was so much that the company had to stop taking bookings for the car from January 31, 2010. The car has sold more than 8500 units ever since its launch in August 2009. Toyota claims to command more than 60 percent share of the SUV market in the Foruner’s segment. Also, to meet the demand, the company has raised the production to 950 units per month from the initial 500 units.
Mr. Sandeep Singh, Deputy Managing Director-Marketing, commenting on the re-opening of bookings said, “We would like to thank our customers for the extremely encouraging response till date. The resounding success of the Fortuner in India also meant a backlog of customer orders and high waiting periods. We have now increased the production of the vehicle to more than 950 units to clear the present backlog of less than 4000 customer orders by this September. We are happy to reopen the bookings from the 1st of July for a limited period, and will start deliveries of the vehicle from October until December 2010.”