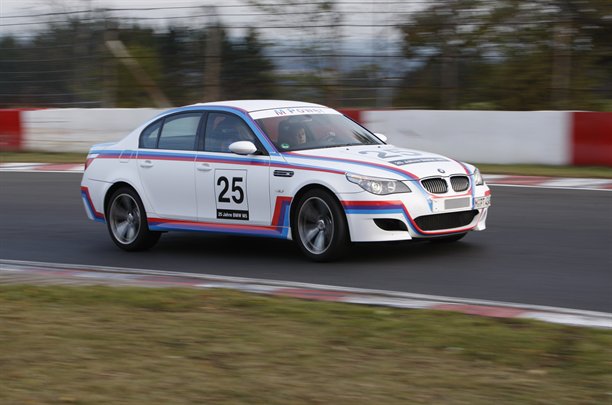 As a part of the 25th anniversary celebrations of the iconic four door saloon called the E60 M5, BMW’s M division has unveiled a special edition light-weight version of the same. This car is a one-off version named as the M5 CSL.

Various significant changes have been made to give birth to the M5 CSL. The heart of the M5 CSL is a heavily modified version of the standard M5’s 5.0-litre V10 engine. The stroke has been elongated to raise the capacity of the engine to a whooping 5.5-litre. This is the largest engine ever featured in an official M-car. A carbonfibre that boasts of an increased capacity air box and a secondary oil cooler has been included as part of the engine overhaul. The introduction of a higher capacity air box has resulted to a modification on the front bumper where additional air ducts are positioned in the area dedicated to serve as the license plate. 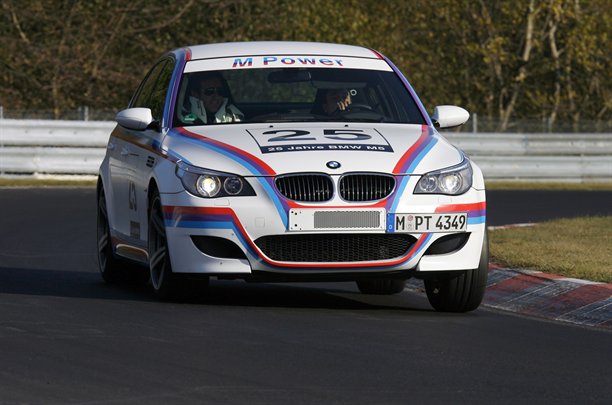 BMW’s M division has not released any official power and torque figures but the head of development, Mr. Biermann stated that the output ranges at “around 580bhp and close to 400lb ft”- a steep hike in power and torque as compared to the 407bhp and 348lb ft standard M5. A beefed up version of the M3’s seven speed double clutch gear box is featured in the M5 CSL. The car also boasts of a steering wheel mounted paddle or push/pull gear lever. This offers smoother and quicker gear shifts as compared to the conventional M5 seven speed manual unit. The conventional roof is replaced by a carbonfibre one as a measure to reduce weight. This has spared almost 50kg from the standard M5’s 1830kg kerb weight. The interior has also been stripped down. 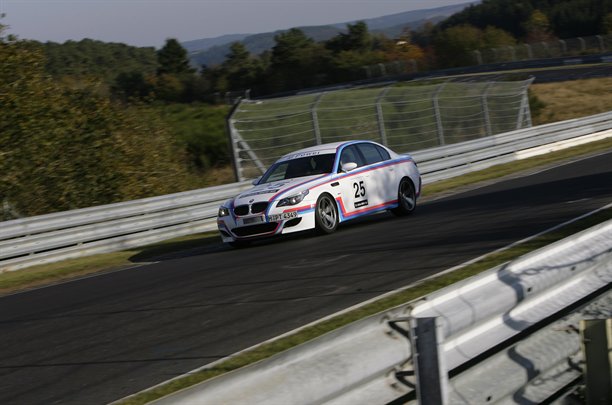 The suspension though remains almost similar to the ones of the original M5. “We’ve altered the mapping of the variable dampers but the geometry remains the same,”  says Biermann. The M division of BMW hasn’t clamed any performance figures as well but Biermann stated that it is comfortably faster than the standard M5’s 4.1sec 0-100kmph. Despite the lump sum amounts invested in the creation of the M5 CSL, Biermann stated that it is destined to remain a one-off.