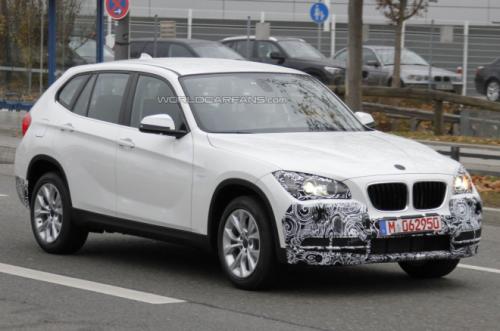 It is being said that the 2013 BMW X1 facelift will debut at the New York Auto Show. The spypics that we have show that the X1 will get a few changes in the front fascia and a new rear bumper. Engine options are likely to be going to be the same with the US model of the car making its debut at the show with the current turbocharged 2.0-liter four-cylinder engine that pumps out 245 PS-350 Nm and comes with a competent fuel economy figure. The new BMW X1 is slated to hit the US dealerships in September this year and the refreshed car should be in India by the end of 2012.