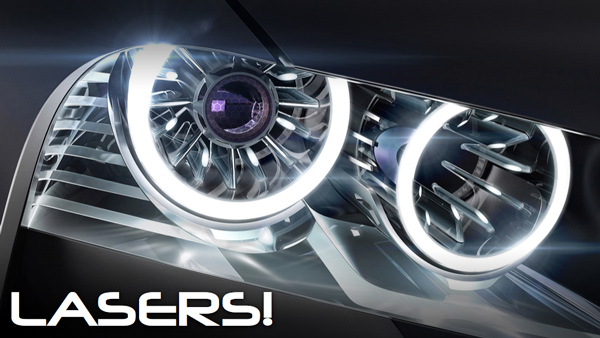 Yes! You heard it right. For BMW, LED Headlights are almost history which is why the firm is working on real laser headlights. Lasers offer countless advantages over LEDs, some of which are energy efficiency, better brightness and compact size. With 170 lumens, the laser headlights are more brighter than conventional LEDs which give out 100 lumens of brightness. Due to the compact size, they can be positioned in more innovative places where the LEDs failed to reach.

A laser has the ability to send an almost parallel beam of light which is as much as 1000 times brighter than LED headlights. According to BMW, the laser headlights which will work on the “Dynamic Light Spot” system which will automatically illuminate pedestrians thus, alerting the driver’s attention. On the other hand, this should also help pedestrians to spot the car easily.

In the mean while, fasten your seat belts as BMW plans to introduce this new feature in the near future in its i8 Concept.