The BMW 8-series was welcomed back to the German manufacturers stable after a rather long time. With the luxurious grand tourer gain traction in international markets, the company soon gave the car the M treatment, creating the M8. This aggressive grand tourer has been launched in both coupé and convertible avatars. The latter, convertible model of the BMW M8 was spotted recently on Indian roads, suggesting the German carmaker has plans to launch this model in our market. When launched, by next year, the car would be a nice alternative to the Mercedes Benz S63 AMG which is currently on sale in our country. 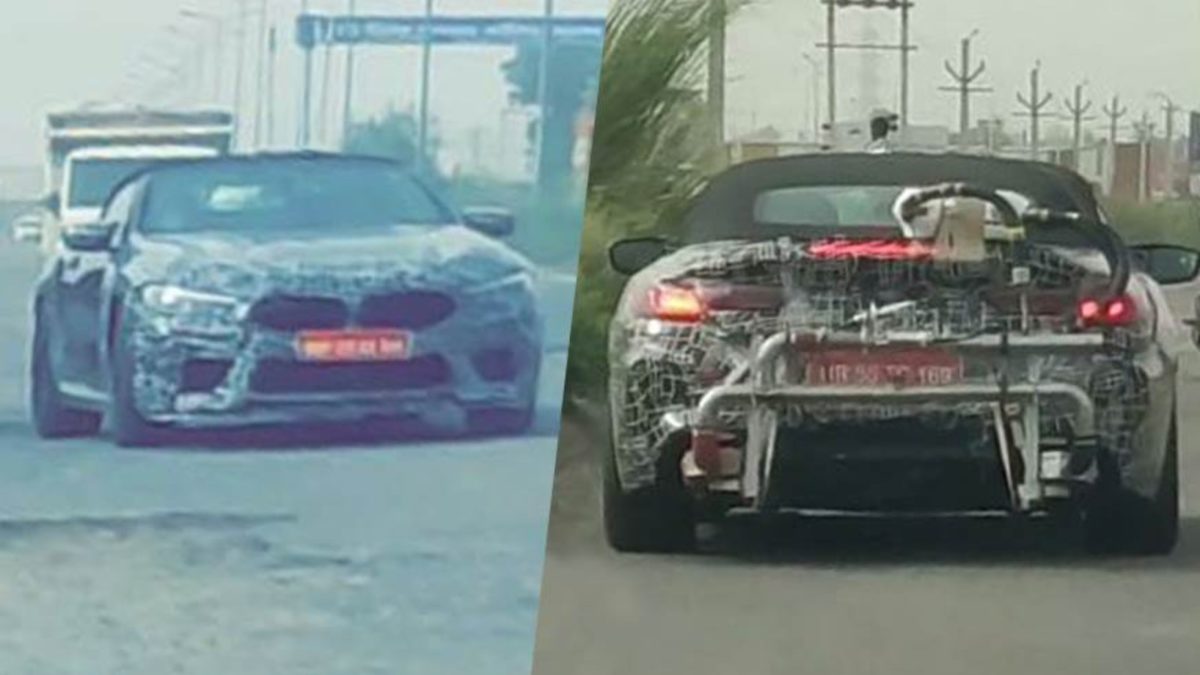 Differentiating the M8 from the regular 8-series are quite a few exterior details, as seen on this test mule. This includes a revised bumper design at both ends, Msport wheels, Msport mirror housings, M badges, a rear diffuser and quad tailpipes at the rear. On the inside, the car comes with a different steering wheel, M-sport seats, M-sport gear lever and many more ‘M’ touches. Power is sent to all 4-wheels but just like the new M5, the driver can also change the way the all-wheel-drive system reacts and can even send 100% of power to the rear wheels if you wish to do so. 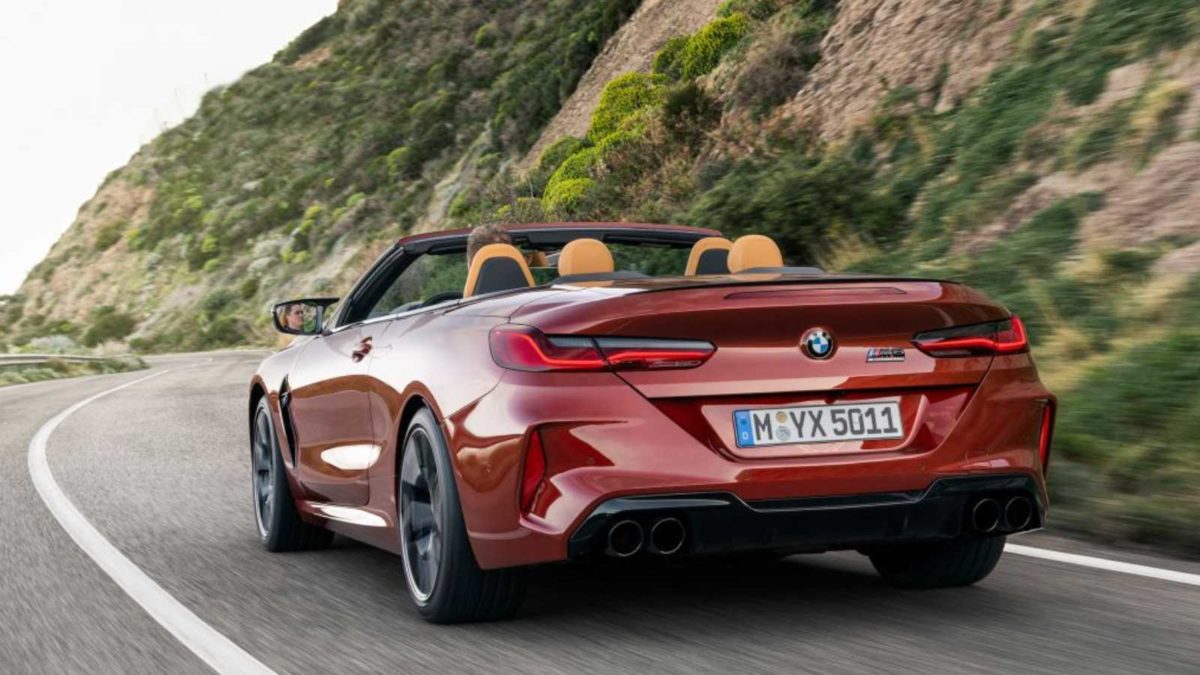 In its standard avatar, the M8’s 4.4-litre, twin-turbocharged V8 motor is tuned to develop 600.2 bhp at 6,000 rpm and peak torque of 750 Nm is obtained between 1,800 to 5,600 rpm. This translates to a 0 to 100 kmph sprint in 3.4 seconds for the cabriolet. Top speed in the standard M8 is limited to a mere 250 kmph but can be raised to 305 kmph with an optional drivers pack. In case you want more, BMW offers a competition pack variant. Along with the Competition Pack Badge, you get about 24 more horses, a total of 624.5 which again are delivered at 6,000 rpm. At 750 Nm, the torque figure remains unchanged but is delivered in a wider band, between 1,800 rpm to 5,800 rpm. This leads to a 3.3 second time of the 0 to 100 sprint in the convertible. It will be interesting to see which of these two variants will be offered in our market.