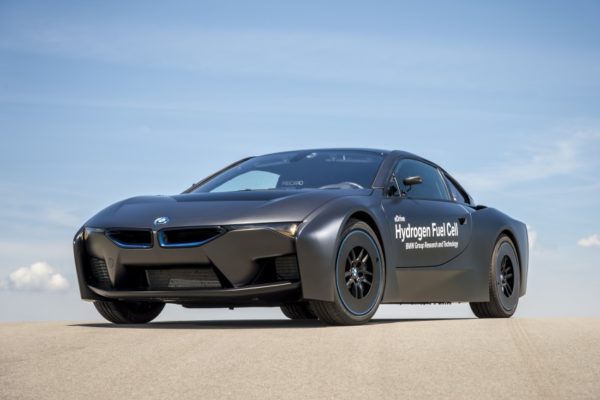 On the design front, the prototype differs from the BMW i8 by adopting a slightly reworked front fascia, comprised of a squared-off kidney grille design and slimmer headlights – the look is said to preview the design language of future BMW i models. The overall shape has been finalised after hours spent at BMW’s wind tunnel. Larger air intakes in front help channel the airflow towards an array of front-mounted radiators. 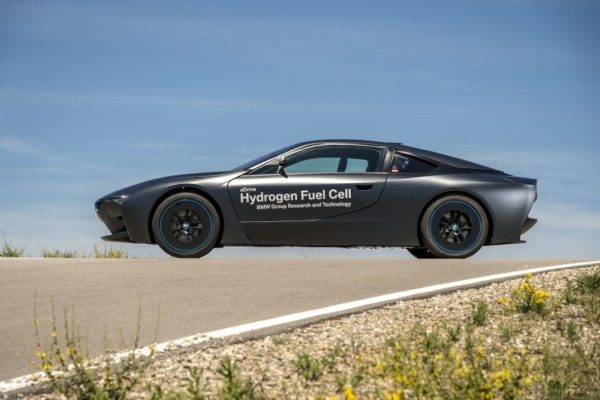 BMW hasn’t released exact details but we can say that the prototype houses its fuel stack in the same location where the current i8’s turbocharged 1.5 liter three-cylinder petrol engine is housed. Power for the fuel-cell comes courtesy of cryogenically-stowed hydrogen that is placed inside a tank placed low in the centre of the vehicle and oxygen. 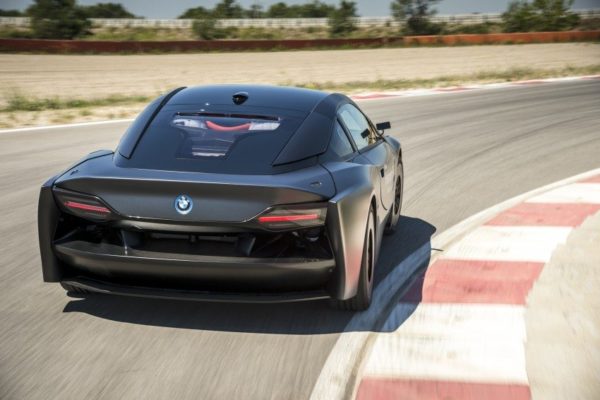 Powering the wheels is a rear-mounted electric motor, which uses electricity generated by the fuel-cell, with water being the only element emitted. From the fuel cell, total power churned out is a whopping 242 hp. The supply of hydrogen is done from a tank mounted between the front and rear axle and is cryogenically-stored at an industry-standard pressure of 700 bar. On a single full tank, the car can cover over 500 km.