Home BMW BMW i3 to be launched in China next year. India launch unlikely 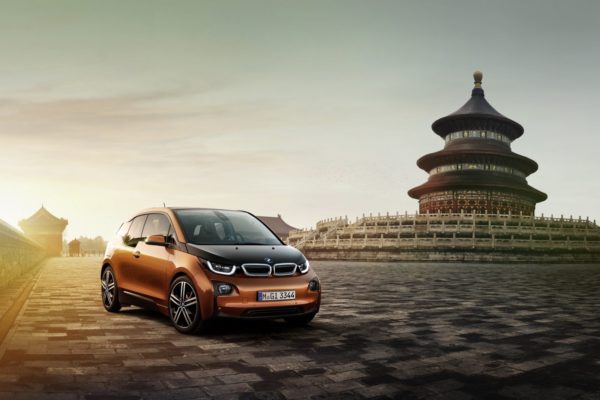 It has emerged that the recently unveiled BMW i3 will go on sale in China in 2014. BMW feels that China could become one of the top markets for the i3 EV.

“I’m very optimistic on China in principle because China is a market for e-mobility,” Harald Krueger, BMW’s production chief, said in an interview with Bloomberg Television. “China will be like the U.S., one of the core markets” for electric cars, he said.

As per BMW, Liu Chuanzhi, chairman of Legend Holdings, will become the first Chinese buyer of an i3. He placed an order soon after the unveiling event in Beijing.

The i3 comes equipped with a single-pedal control system, which results in recuperation mode being activated as soon as the accelerator is pressed. The i3’s 168 hp electric motor gets into generator mode (from drive mode) and starts pumping power into the lithium-ion battery, along with producing a “precisely controllable braking effect”.

The BMW i3 is equipped with systems such as the Driving Assistant Plus, Parking Assistant, a rear view camera and Speed Limit Info. The car’s battery can be replenished using either a BMW-supplied wall-box or a conventional domestic power socket.

The carmaker claims that the i3 deserves BMW’s “Sheer Driving Pleasure” tagline. This is because of the 50:50 weight distribution and the rear-wheel drive layout. BMW says that the electric engine’s placement on the rear axle is responsible for offering “unbeatable traction” and optimum maneuverability. The new BMW i3 has a turning circle of just 9.86 meters.

While Chinese car market will get the i3 early next year, there are really slim chances of the EV making it to our country. It may be noted that demand for premium electric cars in India is as low as almost non existent and hence, it won’t be a feasible move on the manufacturer’s part to bring the i3 here.