Home News BMW i3 and i8 Official Video : Born Electric 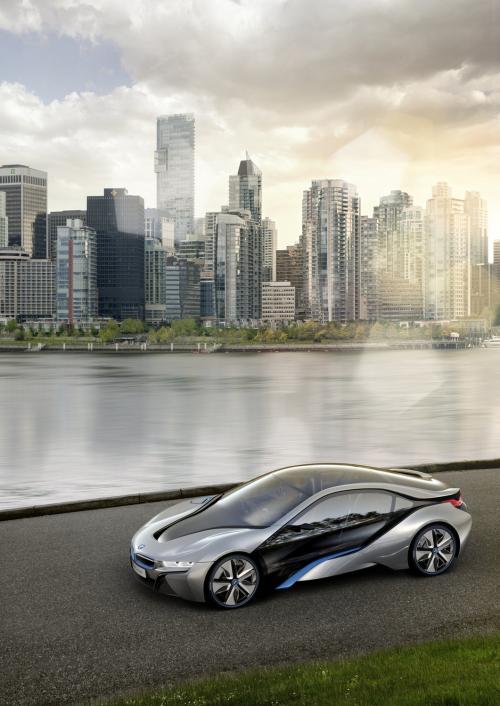 Just a few days back we reported about the BMW’s sub-brand i which showcased their electric cars the i3 and i8. BMW now has released an official short video explaining the advantages of the electric cars and how they will shape our future. There are fresh rumors which say that BMW is planing i4 and i5 where i4 will be similar to i3 but a longer wheelbase and will have two seats only completing the sports look while the i5 will be based on the i8 but it will accommodate four people and can be used as a full fledged sedan.

The BMW i3 Concept which will be the first series production all electric vehicle by the i-brand. It is based on the Mega City Vehicle concept which BMW showcased the previous time.  The i3 comes with an electric motor mounted on the rear axle, producing 125 kW\170hp of power and 250Nm of torque. Performance figures for the i3 are 0 to 60km\h in under four seconds and 0 – 100km\hr  in under eight seconds.

The i8 Concept which is a plug in hybrid sports car which features the same electric engine as seen on the i3 but it is mounted on the front axle unlike the rear on the i3. It is coupled with a 1.5-liter 3 cylinder turbocharged gas engine and produces max power of 220PS, with 300Nm of torque driving the rear wheel. Astonishingly the top speed of the i8 is 250km\hr (electronically-limited).  It can travel up to 35km on the electric power alone.