The BMW Deep Orange 4 Concept is a ground-breaking vehicle developed by the German automaker in collaboration with automobile engineering graduates from Clemson University. It features a revolutionary new feature set that will add a touch of practicality to a luxury vehicle. 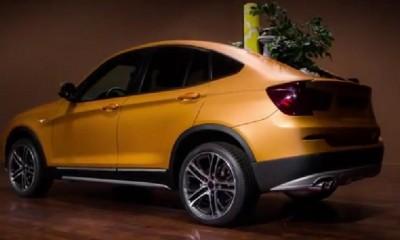 The BMW Deep Orange 4 Concept boasts of a brand new tailgate design. The tailgate is split in the middle. As you can notice in the video, the tailgate first slides out as a whole. It then splits open in the middle  to reveal a vault like cargo hold at the rear of the vehicle. BMW claims that this improves access to the storage space, and makes transferring cargo easier. Accentuating the split openable tailgate is a power-retractable rear glass window. It is clear that the retractable rear window will make loading things easier. It will also allow the stowage of certain goods that are a bit taller in height.

We feel the BMW Deep Orange 4 Concept will take some time to be accepted by the general public. Hindering the process will be the steep cost of the vehicle. BMW has made it clear that they do not expect high volumes from this model, and it will carry a $8,000 steeper price tag than the X3. BMW has a strategic relation with Clemson University. The pool of automobile engineering talent from Clemson acts as a giant resource base for the Bavarian MNC. It also acts as a testing ground for ideas.