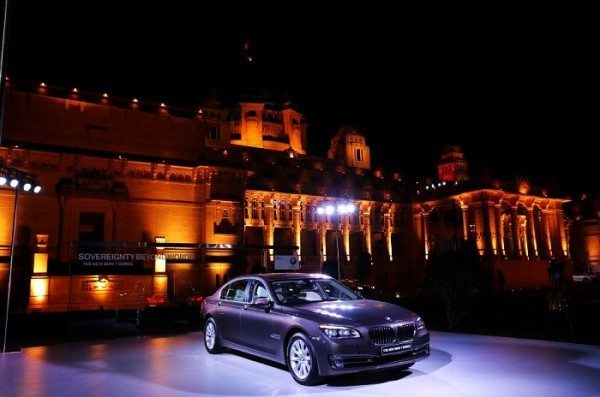 We reported in detail when it first emerged that BMW has planned to launch the BMW 7 Series facelift in our country sometime before the middle of the year. Now, it has emerged that the 7 series facelift would enter our car market on April 25. 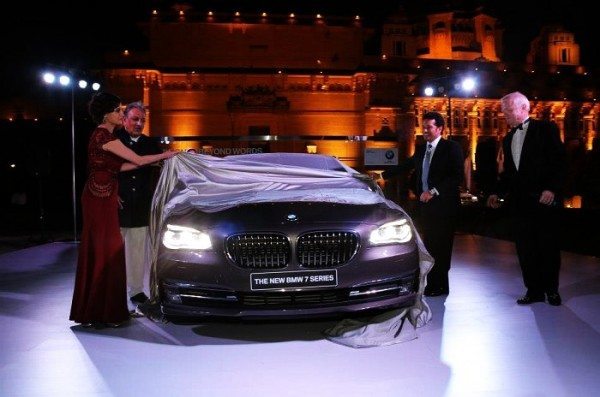 The BMW 7 Series facelift was showcased in India a few weeks ago in a charity event. The car was unveiled by the cricket legend and BMW’s brand ambassador Sachin Tendulkar.

The BMW 7 series LCi (facelift in common speak) was today unveiled at Jodhpur One World Retreat in presence of elite personalities like His Highness Maharaja Gaj Singh II of Jodhpur, cricketer Sachin Tendulkar, actress Dia Mirza, industrialist Pawan Munjal and socialite Suhel Seth. The event was also marked by an auction of Indian Treasures called “India Bazaar” with Industrialists Mukesh and Nita Ambani adding to the glitz. British singer Sting as a supporter of the foundation added his share of musical essence to the event.

Back at the unveiling ceremony, Mr. Philipp von Sahr, President, BMW Group India said, “BMW is proud to be associated with His Highness Maharaja Gaj Singh II to support the Jodhpur One World Retreat and raise awareness for Indian Head Injury Foundation. This event is something very special: just like the new BMW 7 Series. As the flagship car from BMW, the new BMW 7 Series will maintain the tradition of being the most modern premium luxury sedan of our times.”

Following is a description of the exterior changes to the BMW 7 series LCI (Life Cycle Impulse):-

One of the biggest changes is a revised front bumper that gives reworked air intake, horizontal chrome elements and Air-curtain technology.

LED blinkers from the side gills have been shifted to the RVMs.

At the rear, the car gets a new rear bumper that has an integrated chrome strip.

The light and dark elements of the tail lights are now treated to differing shades of red.

The LCi has Individual rear comfort seats, which are standard on 760Li. These seats have individually adjustable backrest angle, seat position, and head restraints.

A new extended ambient lighting system including the footwell as well as the B-pillar with an option of 2 shades.

The India spec 7 Series LCi will, most probably, continue to be powered by the 3 Litres-inline six turbo diesel motor that is good for a max power of 258 Bhp. The motor is mated to an eight speed automatic transmission that replaces the 7 speed unit of the pre-facelift car.