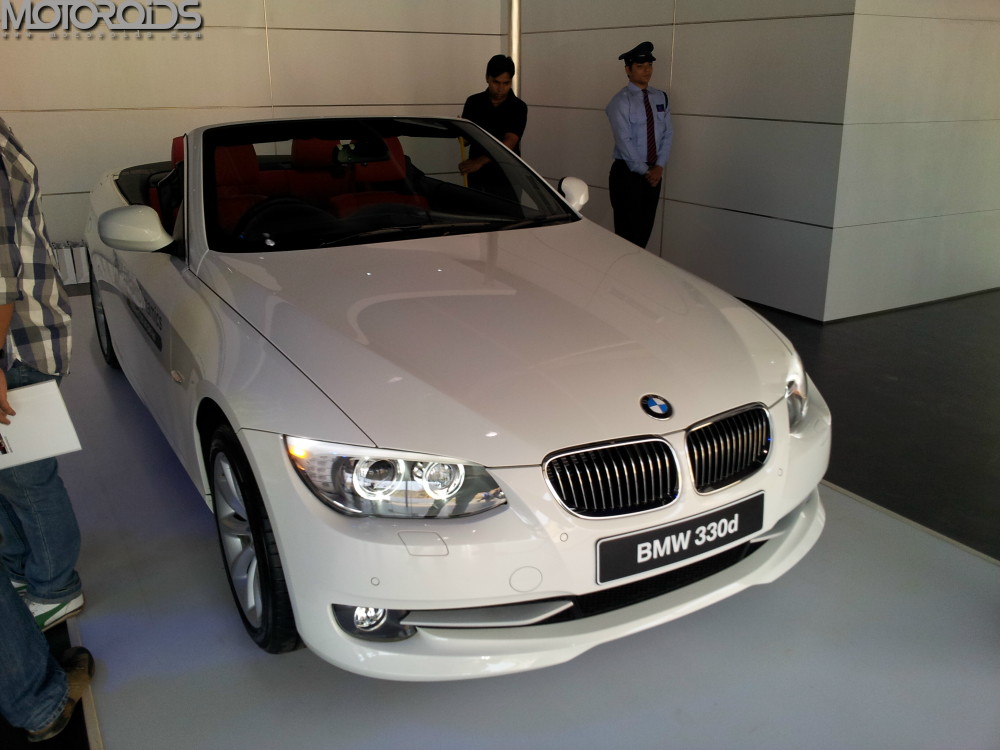 BMW has dropped the top on its 3-series cars. Recently when we went to the BMW Xperience 2011, we were pleasantly surprised to see the BMW 330d Convertible show car smiling at us at the reception. The Show car had a specification placard next to it, which apart from all the technical specs also mentioned the price of the car in India. What that means is anybody’s guess. The latest news, however, is that BMW have started taking bookings for the drop top version of this diesel scorcher. The style of a drop top, however comes at a price, and at Rs 57 lakh ex-showroom, the 330d Convertible is not meant for the value seekers. The deliveries of the car will begin in November. 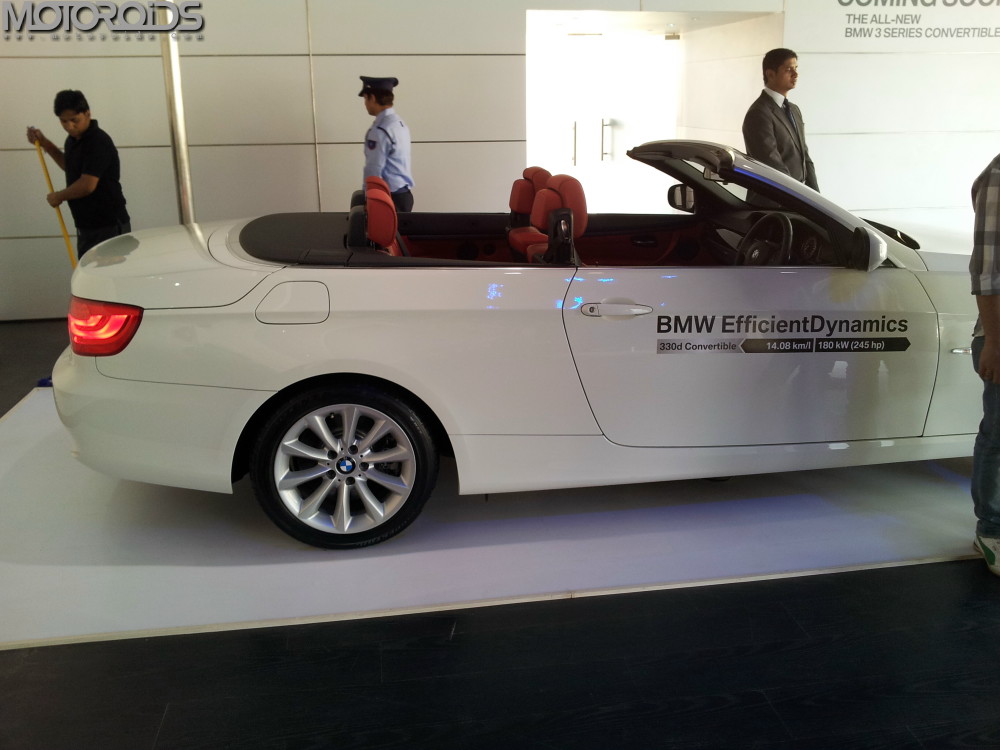 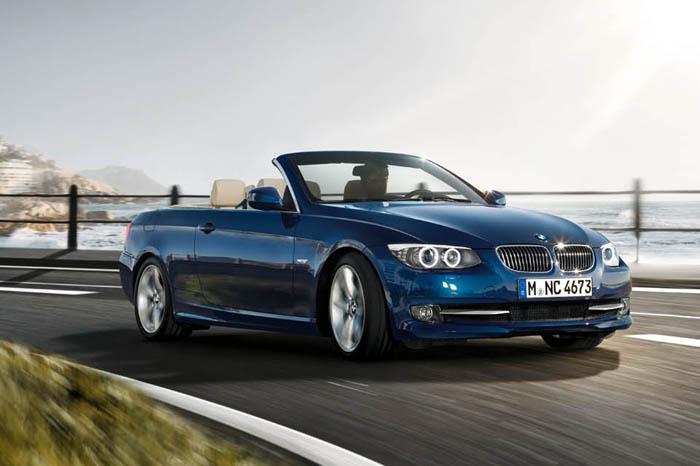 The 330d Convertible comes with a folding metal hardtop and the motor comes from the bigger 530d saloon. The 2993cc,straight-six (inline 6 cylinders) oil burner belts out a good 243bhp and churns out 55.1kgm of torque and all this means that the light convertible will perform like a 2 door drop top should. The 330d will be a Completely Built Unit (CBU) import, one of the reasons why it is so expensive.

Coming to the styling and exclusivity of the convertible, the car is sure to turn heads. Go to the city center and come out of this car wearing your fine suits and you are sure to turn heads and make a nice statement for yourself. The car looks the part with 2 doors, carries the lines of the conventional 3 series and as a friend commented, has quite some hints of the fierce M3 in it. The rear again, coupled with its twin exhausts and a set of tail lamps that are NOT found on 3 series sedan, will remind you of the mighty M3. The boot lid has an incorporated and discrete lip spoiler along with a 3rd rear stop lamp. Although it will be the most affordable convertible in BMW’s Indian range, priced nearly Rs 5 lakh lower than the Z4, it still will should be a really niche product. And before I forget, let me add that the car also has an added pair of seats, albeit suitable mostly for small aged children and very short trips. 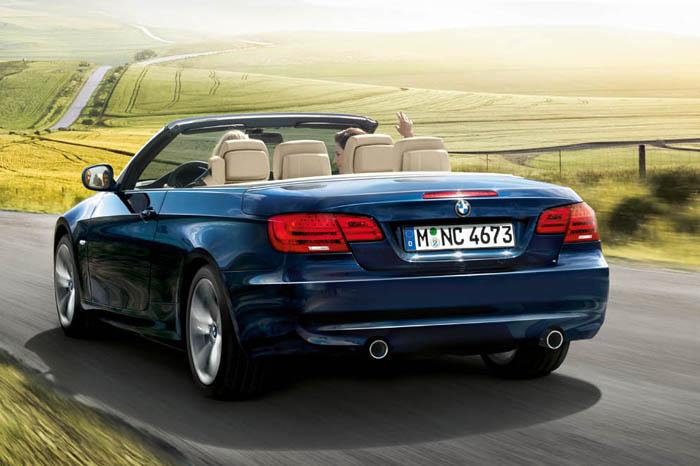 Icing on the cake? It comes with an efficient and tired & tested diesel unit, which could be a solution to sky rocketing prices of the gasoline in our country and this alone should be a key to success.

So would a 330d drop top be exclusive enough for you? Or would you rather wait for the 2012 version of the 3-series to hit the showrooms before making a decision? Do let us know