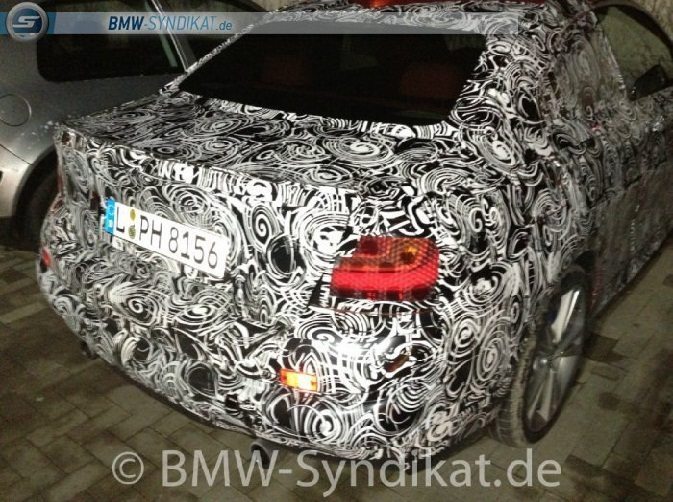 We have reported a fair bit about the upcoming BMW 2 Series that is currently being developed by the good folks at the Bavarian auto maker. The 2 Series Coupe and Convertible versions are slated to be positioned bang in the middle of the BMW 1 series and the BMW 3 series cars and the 2 Series will be to the 1 series what the 4 series is to 3 series.

This means that the 2 Series will be basically a new body variant of the BMW  1 Series and will be targeted at the customers looking for a stylish but “cheaper than 4 series” BMW Coupe/Convertible.

Seen here are what might be the test mules of the M version of the BMW 2 Series (F22). The car rides on 18 inch alloy wheels and sports blue brake calipers.

To be christened as the BMW M235i, the car will be powered by BMW’s six-cylinder TwinPower turbocharged engine which would be tuned to have a max power output of about 320PS. The car will have two tail pipes at the rear, akin to the M135i. 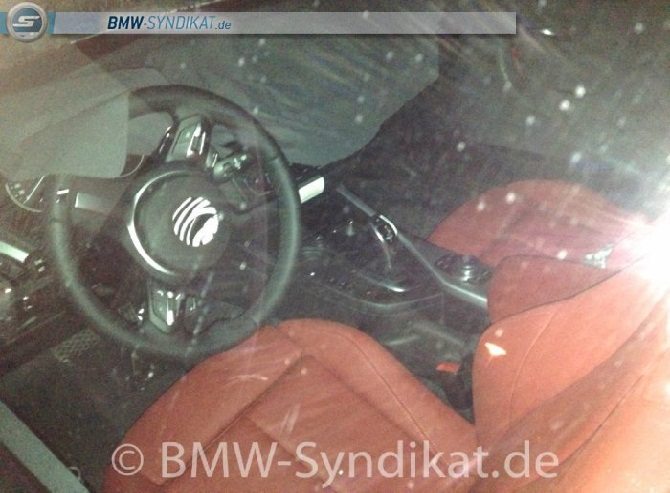 On the inside, the car will feature a steering wheel that looks like the one on the 3 Series and a BMW M spec gearknob. It can be made out from the gearknob that the car features an 8-speed Sport automatic transmission. Other details that have come to light are an updated i-Drive system and a new dashboard layout that will be exclusive to the 2 series.