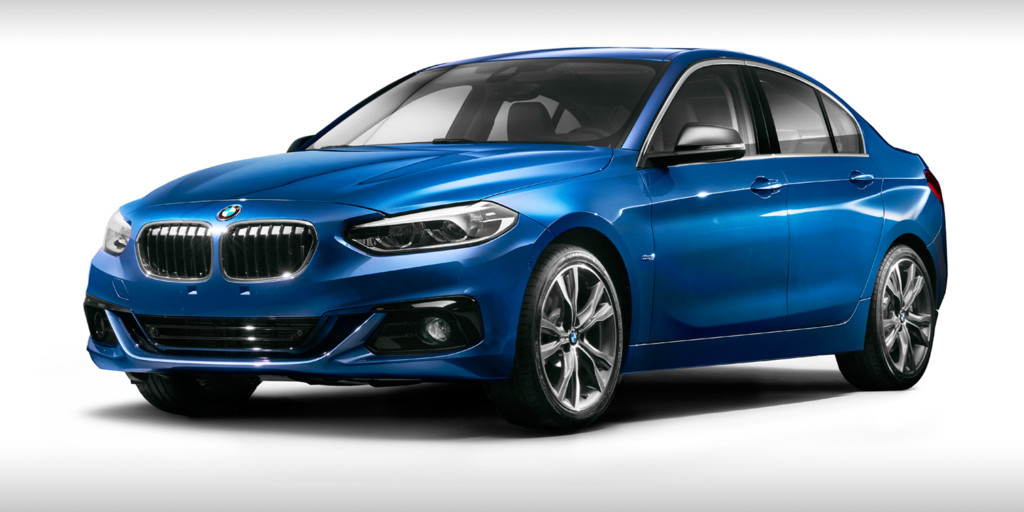 Remember the BMW Compact Sedan Concept? Well, its production version has just been unveiled, and its called the 1 Series Sedan. Even though prices haven’t been announced yet, it’ll be the brand’s most affordable sedan till date. Unfortunately, its Indian aspirations have been left hanging, as  it’ll remain exclusive to the Chinese market for now. The 1 Series Sedan is a joint effort by the BMW Group and BMW Brilliance Automotive Ltd. (BBA) from China, and will be the first “compact sports sedan” under the BMW brand.

No technical details have been revealed, but the 1 Series Sedan is purportedly based on the BMW Group’s front-wheel drive UKL platform that also underpins the MINI range, apart from the 2-Series Active and Grand Tourer models. While all-wheel-drive may come as as optional feature, power could come from transversely mounted 3- and 4-cylinder turbocharged petrol and diesel engines. Styling highlights on the the 1 Series sedan include the typical double kidney grille, LED double round headlamps and the characteristic BMW design language, including the Hofmeister kink.

Inside, features from the  Compact Sedan Concept, like the 8.8-inch touchscreen, a heads-up display on the dashboard, separate climate control for the passengers at the back, and a dual tone color theme could be carried over. The BMW 1 Series Sedan will be solely produced and specifically sold in China, becoming the fifth locally-produced BMW model series in the country.  Once launched, it will take on its rivals such as the Mercedes Benz CLA class and the Audi A3.