Love inspires us to accomplish the impossible. You may trash that statement for being too cheesy but Ken Imhoff’s basement-built Lamborghini Countach replica is just the right example which will make you think otherwise. In love with the radical Italian bull after he first saw it in the movie Cannonball Run, unlike you and I, who’d start cursing our fate and bank balance for not being able to afford what the heart wants, Kevin took matters into his own hands, and that he did quite literally! 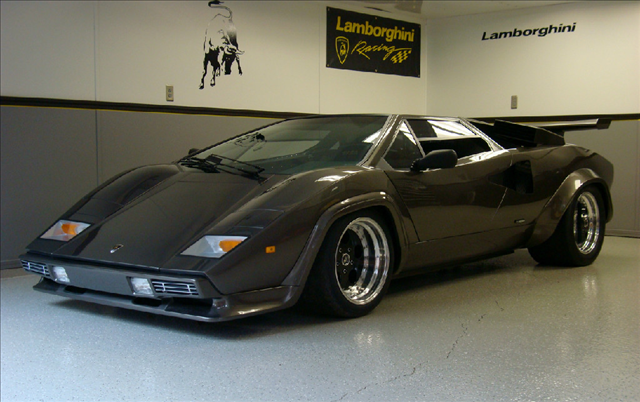 Reeking in abundance of human spirit and attention to detail, the result of his individual brilliance and 17-years of endurance is bound to leave you speechless. 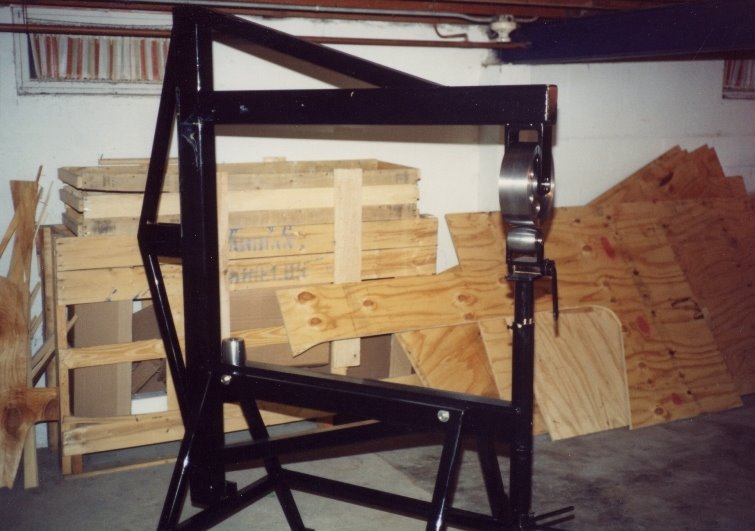 Ken knew his pockets weren’t deep enough to walk into a Lamborghini showroom and buy what his heart yearned for. Armed with an engineering degree, he decided to build his own Countach! To help him accomplish his mission, the first thing he bought was an English Wheel, a simple tool which he used extensively to bend and shape the metallic body panels used for this build. 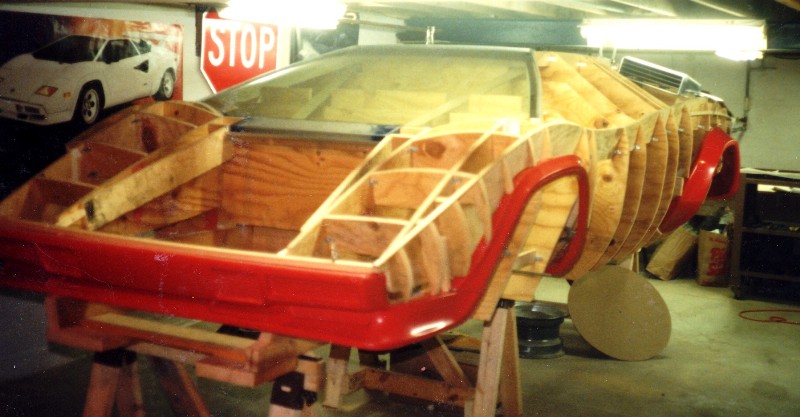 He created the Countach’s skeleton by building a wooden jig, which was later replaced with a proper frame and panels. Using just his vision and the sensation of feeling things with bare hands, he used the English Wheel to manipulate the metal into the shape of the jig. Once a section was completed, he went on to weld the pieces of metal together which slowly formed the outer panels. 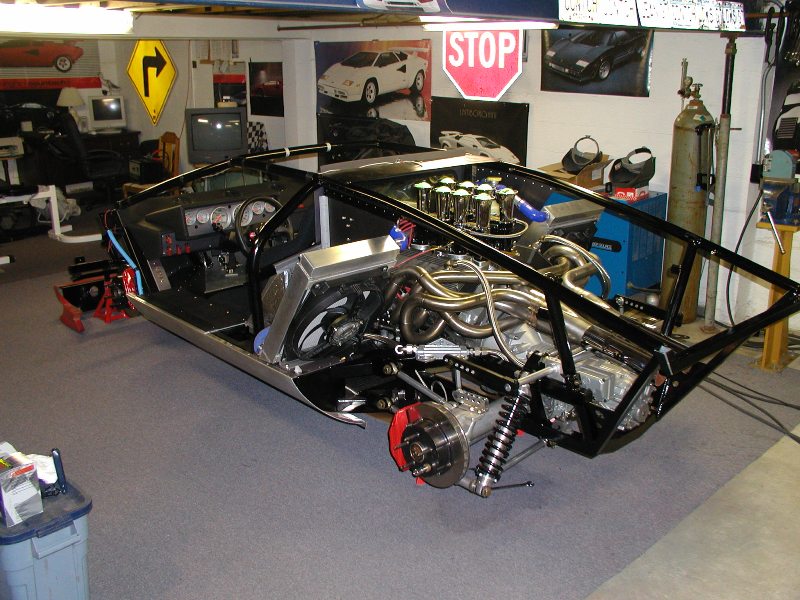 Ken even built the all-aluminium tube frame from scratch, on top of which, the neatly carved panels were then expertly put together. The result was so impressive, it matched the original inch-for-inch, panel-for-panel. Everything else, including those pop out headlamps, were built in Ken’s basement and fitted on the build just like they do on the original. 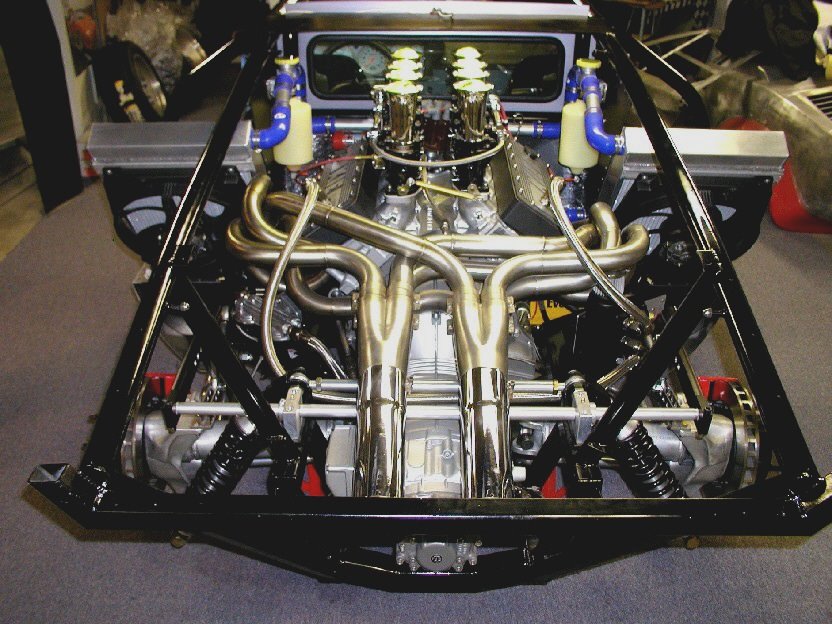 Ken sourced a Boss 351 V8 and mated it to a 5-speed ZF gearbox to power his blood and sweat, where, Twin Howe sprint car aluminium radiators with 2400cfm puller fans sat on each side of the car and sucked air from the inlets to cool the power source. The engine pushes out an incredible 514 HP at 6,800 rpm! A creation which looked impressive even without any paint on, it looked even better than the real thing once the cosmetic layer was applied. 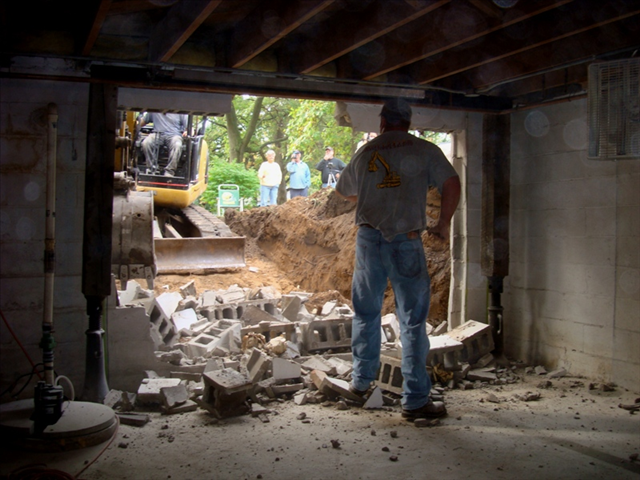 However, there was an unusual problem which had to be dealt with once the project was complete. Because the Lamborghini Countach replica was built in a basement, Ken had to find a way to bring his brilliance out in the open and surprise the world with what one man can achieve. So he hired a contractor to tear down a wall of the basement and excavate the area around it to create a ramp to allow the car to be pulled out! 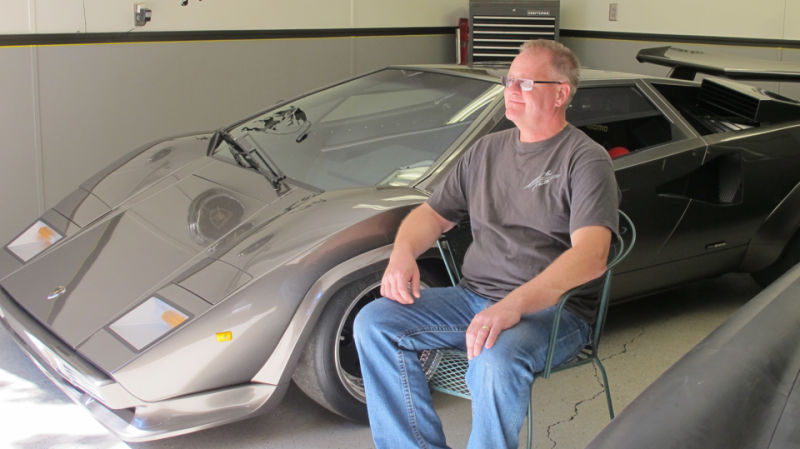 Out in the open, Ken’s creation is easily the Pole Star of a different kind for all us earthlings, for which, he took the pains to create those fascinating scissor doors himself. Take a Bow!