Home Features Best way to pick up a LaFerrari? Take a Ferrari convoy along! 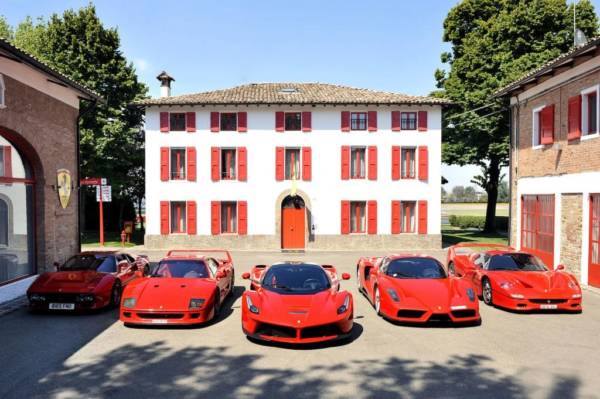 We’re sure there would have been instances where a whole group of bikers would turn up at a showroom just to celebrate delivery of a friend’s new motorcycle. Doesn’t matter if it’s a 100cc commuter motorcycle or a 200 bhp stonker. In fact we had in the past happened to ride to Goa in a group of 100 Harley Davidsons just for a showroom inauguration. There isn’t a practical reason really- but rather to share joy of riding/ driving camaraderie. 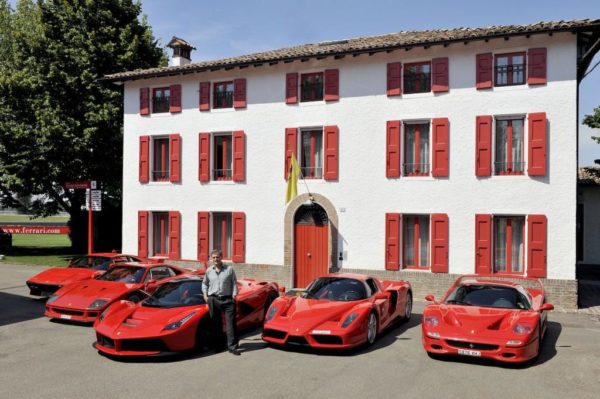 On similar (emotional) lines- a gentleman by the name of Jon Hunt who happens to be a Ferrari collector eagerly awaiting delivery of his shiny new LaFerrari managed to make the event an Exotic Italian Extravaganza. He called up his friends and took along his kids what turned out to be spectacular convoy of Ferraris. 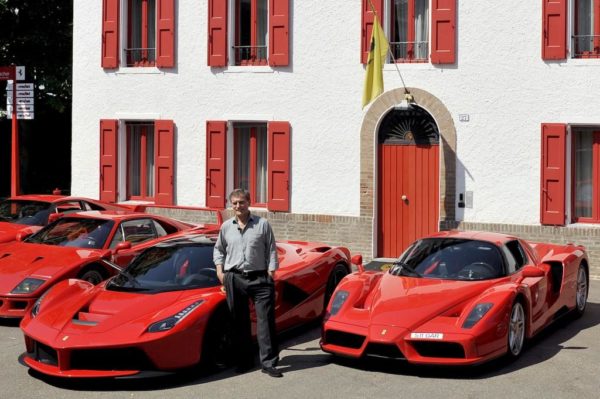 The Ferrari fleet driving from England all the way to Maranello comprised of the Ferrari F40, the F50, 288 GTO and the Enzo- of course he owns all of them. Lucky friends huh!

Jon says “Ferraris are the ultimate sports cars as far as I’m concerned. I love driving them all, each one is different. I’ve clocked up over 16,000 kms in the Enzo alone, for example.” Overjoyed at his new LaFerrari purchase, he further exclaimed “I was completely blown away after just 5 feet behind the wheel. I can’t wait to get to know it inside out but I can already safely say that the LaFerrari is a spectacular car.” 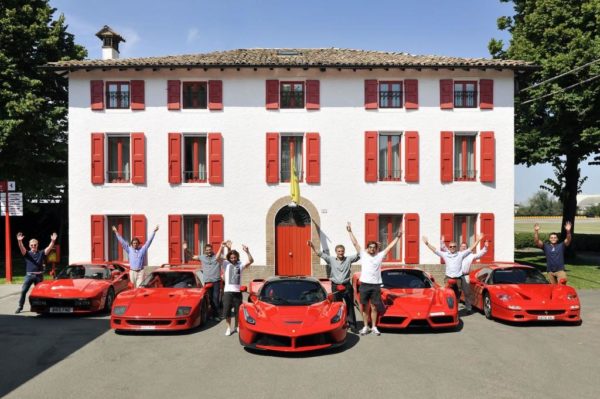 It does take lot of luck and money to own a lineup of this stature- and we would have been more than happy if we had the luck to just be friends with Jon.

Here’s a short clip on the event and the exotic reds in action: