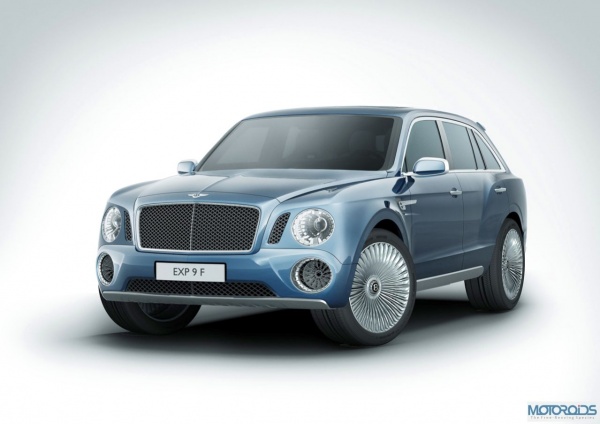 Think Dakar rally and Mitsubishi is the first car manufacturer that comes to the mind. And why won’t it be? After all, The Dakar Rally is arguably one of the most demanding and tough rallies of this world and Mitsu vehicles just manage to go thru the grind. The news here is that popular luxury car maker Bentley is heading to Dakar as soon as in the 2013 event. It is being said that the car maker is in the process of acquiring the Volkwagen Touaregs that were a part of this rally. These cars were sold by VW Motorsport to private teams recently. The platform of these race ready Touregs will be used by Bentley for the development of the rally version of the new EXP 9F.

It is expected that Bentley will use the VW Touareg’s 300 PS 2.5 liter twin-turbo diesel motor for the rally versin of the SUV. Watch out for this space for more details.