After teasing the SUV in video and and also in sand, we now can finally see the Bentley SUV in metal thanks to the good fellows at Topgear. The SUV from the British luxury car maker has been spied wearing zebra-skin camouflage.

The yet-to-be-named SUV will measure almost equal to the latest Range Rover in terms of length- five metres, but will have a longer wheelbase than its fellow British competitor. Earlier, Bentley had said the production avatar of the SUV will be very different from its EXP 9 F concept version shown in the year 2012. The major change has been made to the headlamps which now feature a horizontal configuration instead of the vertical seen on the concept version. 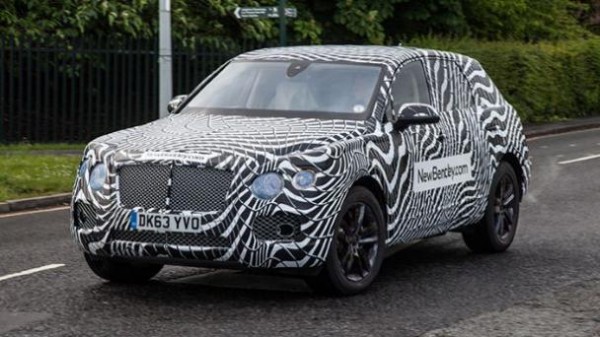 Powering the Bentley SUV would be a tried and tested V8 or W12 powerplant from the car maker’s stable. A petrol-electric hybrid will also follow at a later stage.

The highly anticipated Bentley SUV is likely to go on sale in 2016 and the manufacturer has already planned to invest more than £800 million in its Crewe plant for the developing of new models. Dr Martin Winterkorn, chairman of the board at the Volkswagen Group, said: “We believe in the UK as a competitive location for industrial production. Bentley fans all around the world are looking forward to its first SUV. Together we will make this car another true Bentley – powerful, exclusive and successful.” 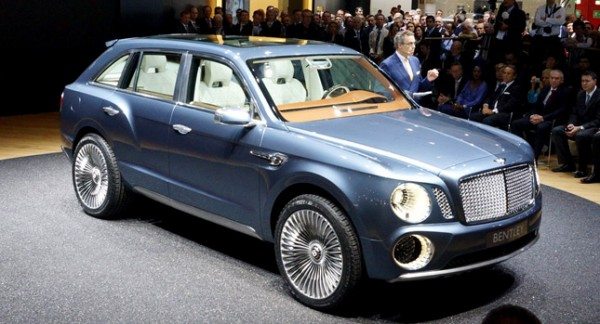 Stay tuned to Motoroids for more dope on the upcoming Bentley SUV.