The Bentley Bentayga has claimed the outright record for a production SUV at the Pikes Peak International Hill Climb. Driven by two-time champion Rhys Millen, the Bentayga completed the 12.42-mile course in just 10:49.9 – taking nearly two minutes off the previous record by averaging 66.5 mph. 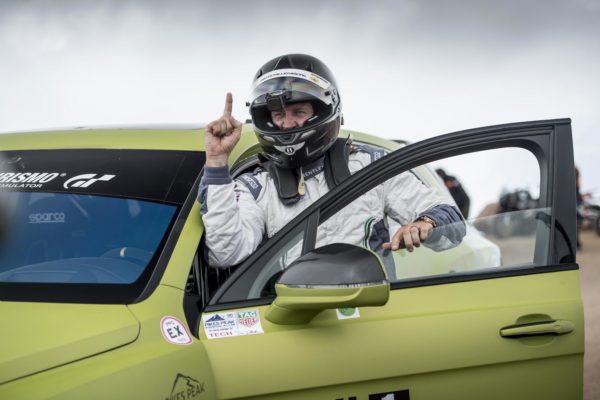 Only minimal changes were made to a standard production Bentayga in order to comply with the rules. The front seats were replaced with racing versions while the rear seats were removed, and a roll cage and fire suppression system were installed. Tyres were selected from Pirelli’s DOT-marked range, and a production-specification Akrapovic sports exhaust was fitted.

In every other way, the Pikes Peak car is a standard Bentayga, finished in eye-catching Radium Satin paintwork accented by the all-black chrome and carbon fibre body kit provided by Bentley’s Black Specification.