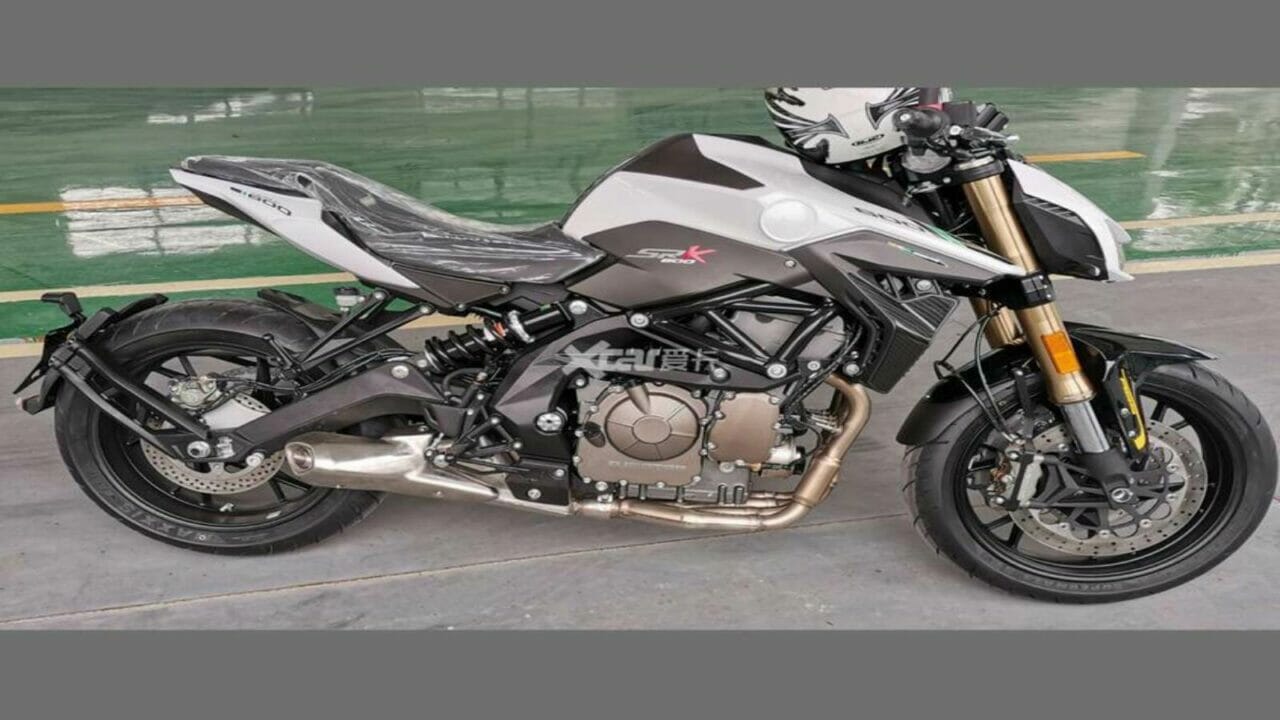 Several months ago, a sharp looking street fighter with 600 badge was spied in China, sparking speculations that it was the next generation TNT 600i.

However, in November 2019, Benelli unveiled the new gen TNT 600i which looked more like a facelift of the current version and had nothing in common with the previously spotted prototype. 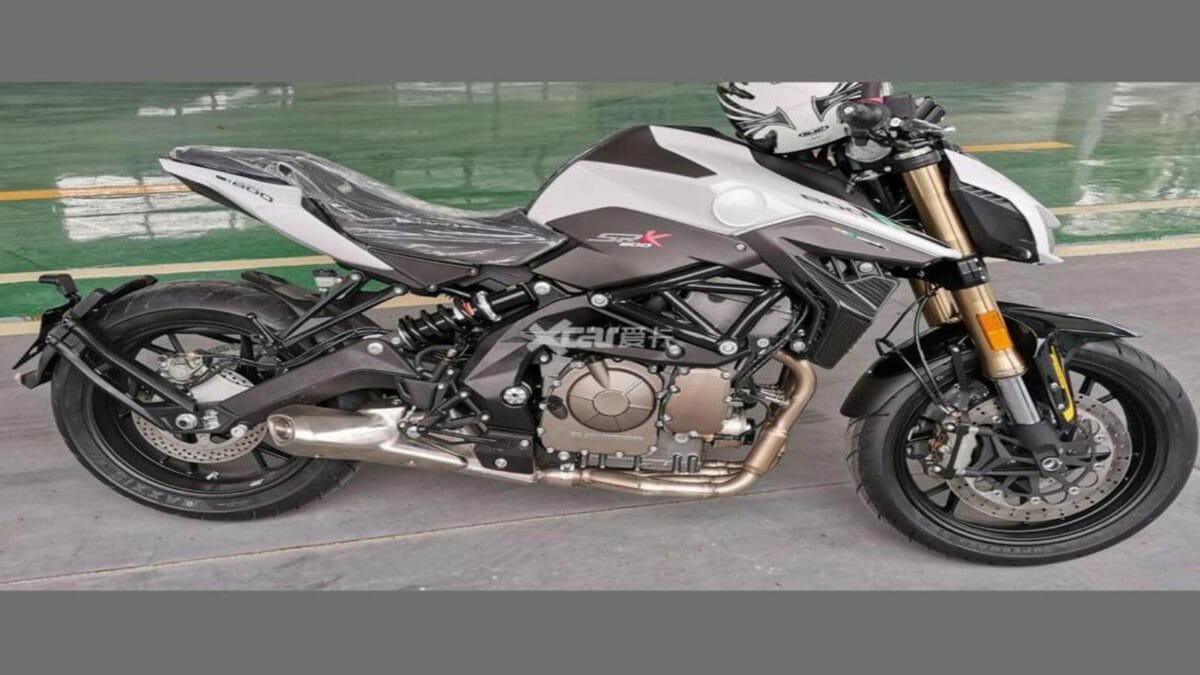 The images of a sportier version of the 600cc unit have surfaced online, the only difference being that it comes with the SRK600 moniker instead of TNT 600i. From the looks of it, the SRK600 seems a more premium alternative to the existing TNT 600i.

The images are reportedly clicked somewhere in China and the picture of the bike seems to have been snapped while the machine sat on the factory floor, hinting that it’s very close to production. The Chinese owned Italian bike maker might announce the details of a launch soon.

Is It Any Different From TNT 600i?

From the images it can be seen that the SRK600 borrows a slew of components from the existing Benelli TNT600, including the trellis frame and off-set rear shock. The SRK’s inline-four engine is also a graft from the TNT, hooked to an underbelly four-into-one exhaust. In the base TNT, the 600cc engine is rated at 67 horsepower and 48 Nm of torque. Some outlets suggest, however, that the SRK will receive the mill’s amped up version offered in the TNT600i which churns out a healthy 85 hp and 54 Nm of peak torque. Transmission duties will be carried on by the same 6-speed gearbox as in the TNT600i.

Also READ: Inventor Of Bagless Vaccum Cleaner Spent £500 Million To Build A Tesla Rival; Only To Shelve The Plan

Visually, the Benelli SRK 600 is up there with contemporary street fighters with a sporty headlamp, complete with an aerodynamic cowl. The new motorcycle also features edgy fuel tank with sharp extensions and a stubby cantilevered tailpiece with contoured seat and a minimal taillight. Apart from these, it sports 17-inch alloy wheels, thick rubber, twin front discs and a single rear disc which are also identical to those of the TNT. 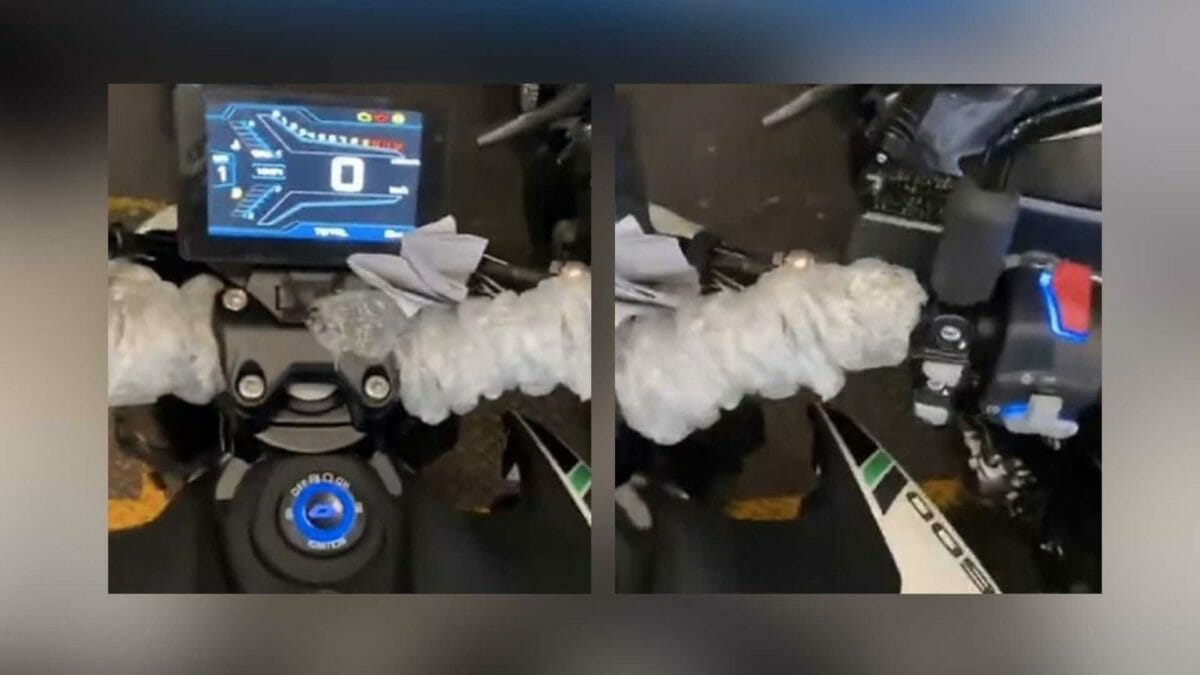 The bike seems to have gained plenty of new features such as keyless ignition, backlit switchgear and a full-colour TFT-display. The tank-mounted console also gives another clue about the bike in that it will feature keyless ignition, something of a rarity in the middleweight pack of bikes and additionally, a tank-mounted touch-sensitive start button illuminated by RGB LEDs.

Benelli had planned to launch the next-gen TNT 600i in India around mid-May. However, that had to be put on hold due to the outbreak of COVID-19.