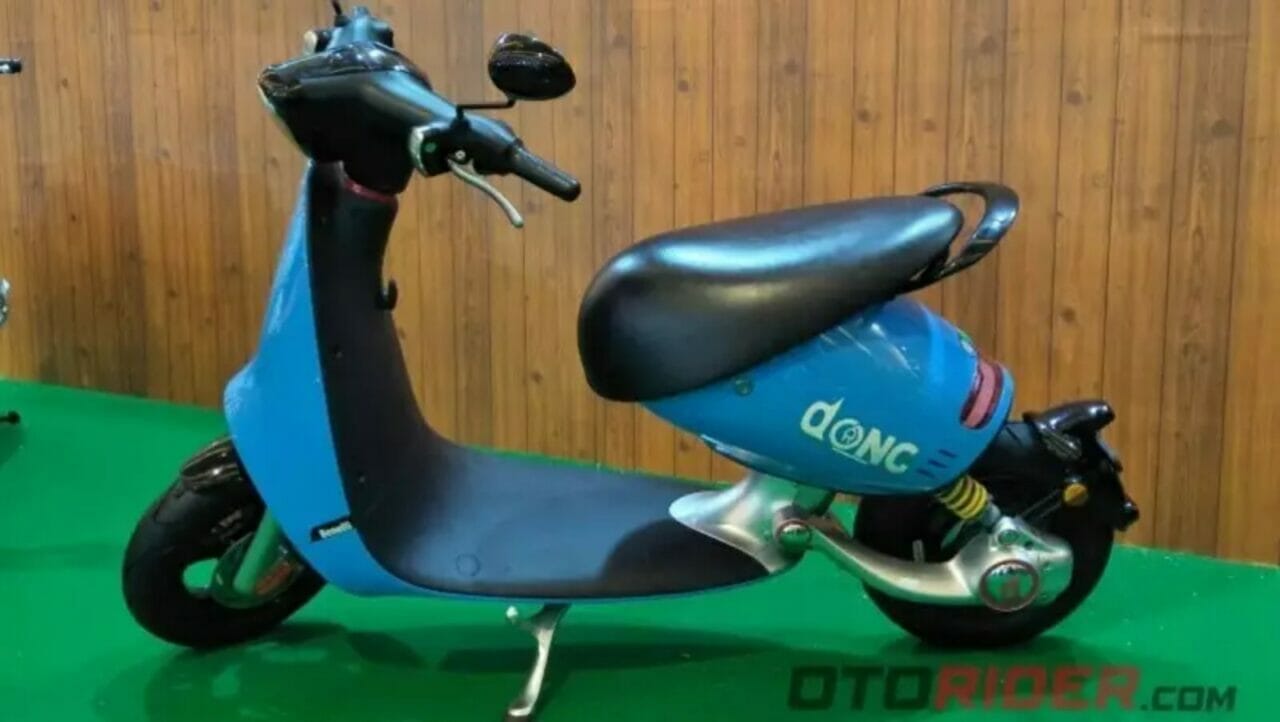 Chinese manufacturers do know how to make headlines in the automotive scheme of things. When they are busy ripping off other popular designs, they are occupied with coming up with something quirky of their own. Take Benelli Dong for an example. Apart from a rather innuendo-ish name, its design definitely screams for attention. Launched in Indonesia, the Dong is Benelli’s take at making an affordable electric scooter.

The thing with electric vehicles is, they open up a lot of doors for developers to play around with, in terms of looks and overall packaging. And by the looks of it, it seems like Dong’s designers had a gala of a time designing this. 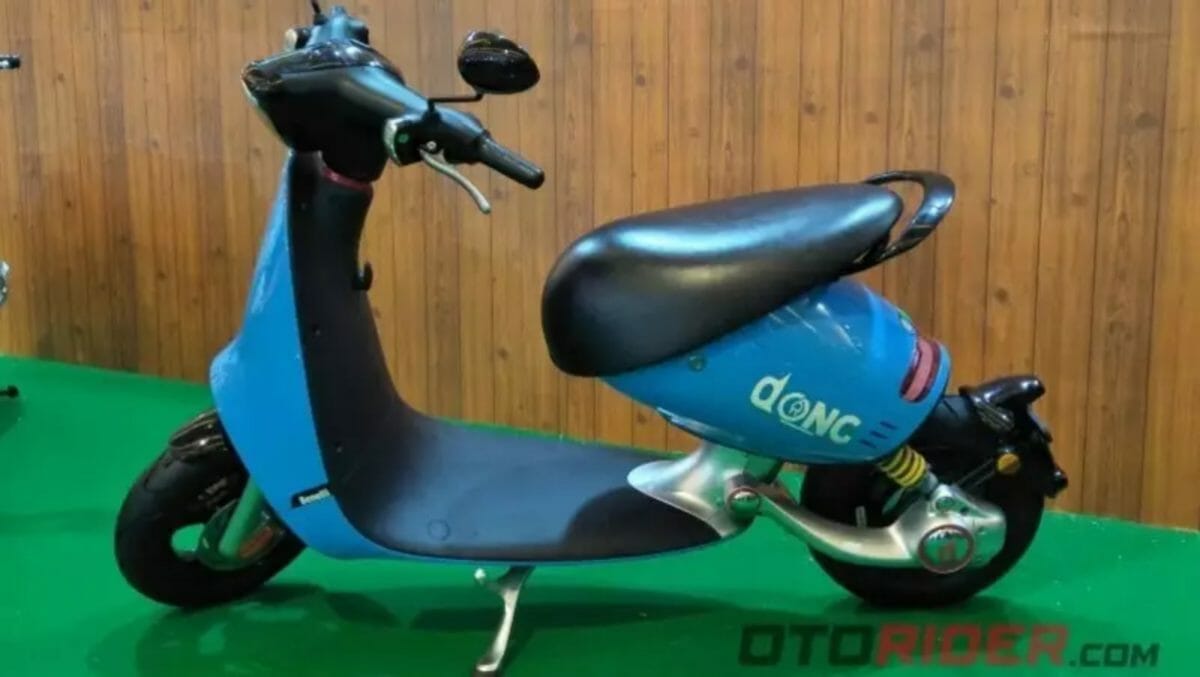 One good look at the images and you would know that this Dong is tiny. Had a good laugh, there? The interesting cylindrical shape of the under-seat body is what catches instant attention. There’s no for either a chain or shaft drive system because Dong employs a hub motor. This is the prime reason why the swingarm looks so flowy! There is also an LED taillight strip that’s added to the lower side of the two-wheeler. Even though the overall body dimensions of the pint-sized two-wheeler are puny, the designers have managed to keep the floorboard long for added convenience. 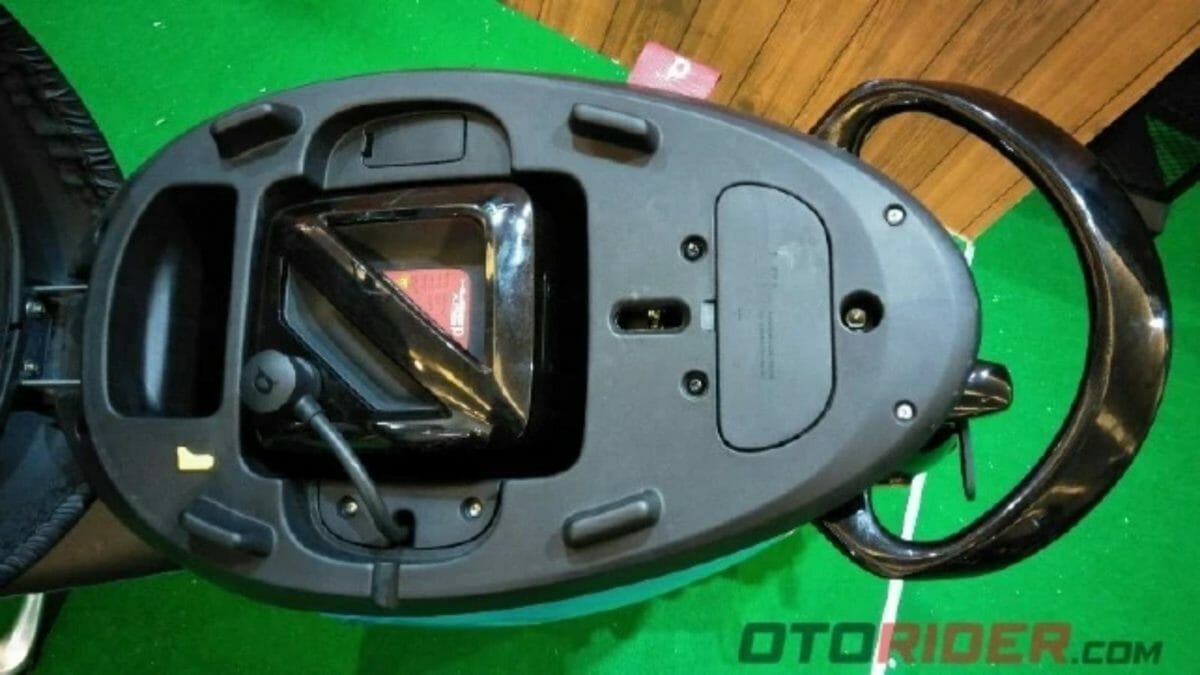 Shedding light on the tech specs, powering the Benelli Dong is a 1.56kWh lithium-ion battery that can last for about 60km on a full charge. Drawing power from this battery is a 1.2kW motor that is capable of propelling it to a top speed of 45kmph. It is quite clear that the Dong is specifically developed for urban commuting. On the features front, it gets full-LED lighting and a negative LCD dash. Moreover, there is also an artificial exhaust sound to keep the rider engaged. Something we also saw on the Revolt RV400. 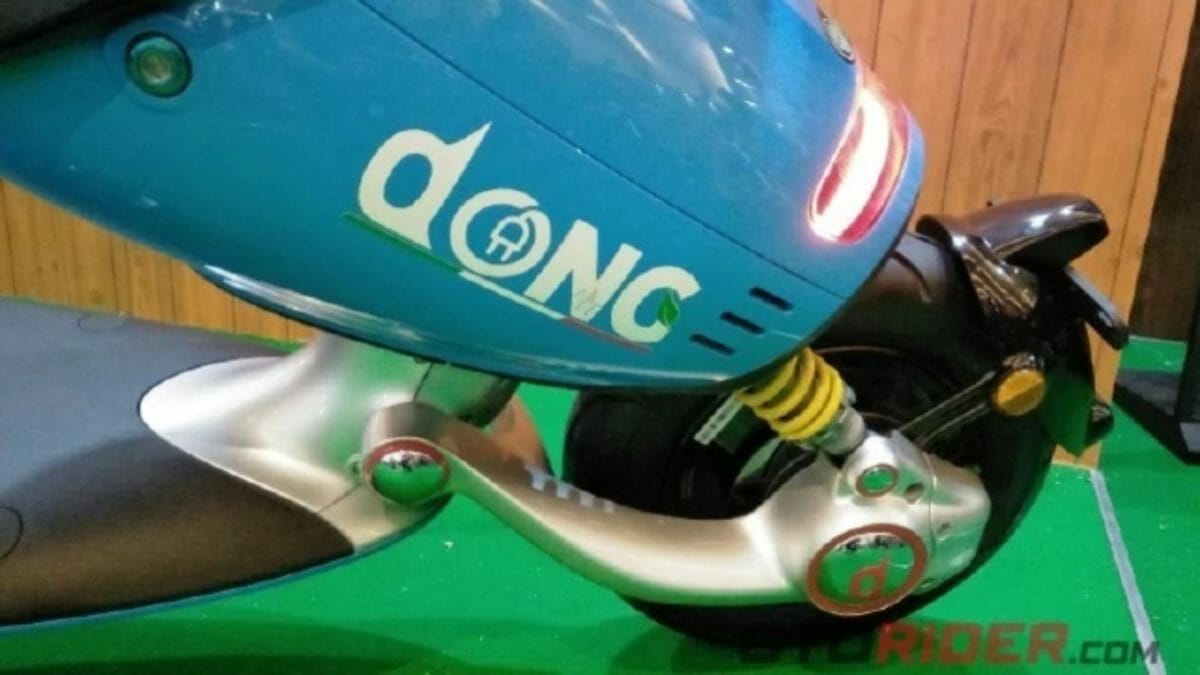 As for Benelli’s plans related to going electric in India, the brand’s India MD had stated in 2019 that they might bring an electric two-wheeler around 2022 in India, provided that the government policies evolve to be in their favour. It’s quite uncertain that the company will bring the Dong in its current avatar in India. Instead, it might develop something India-specific based on Dong’s platform.