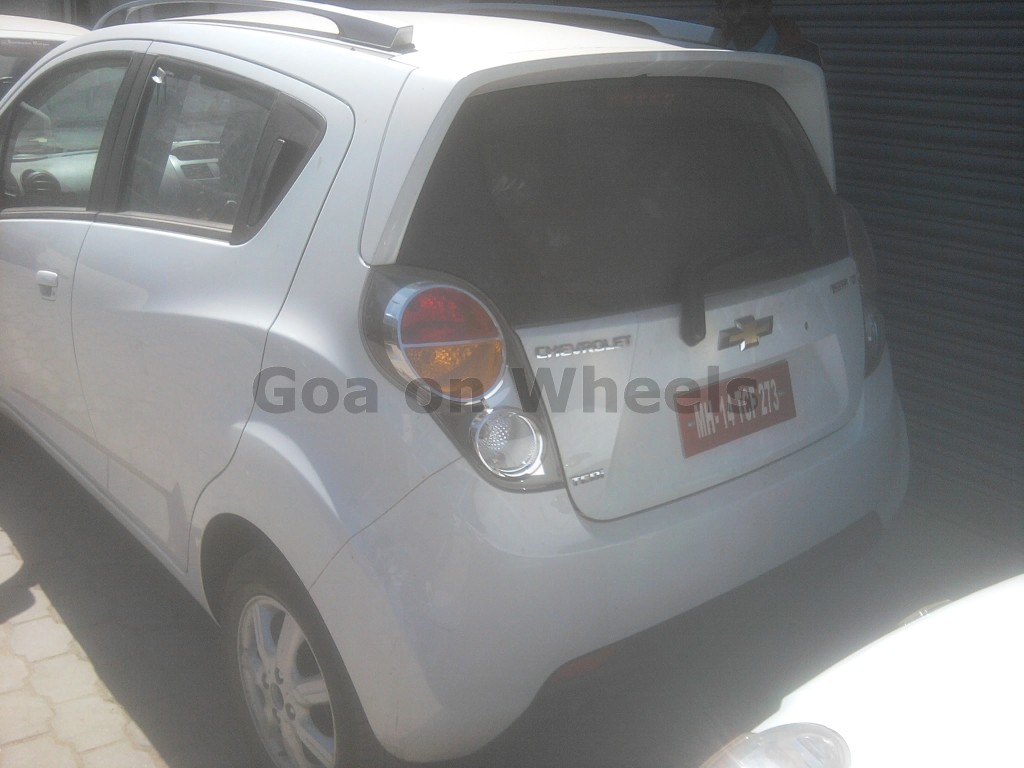 These are the first pictures ever of the Chevrolet Beat diesel, to be launched in India by June 2011. The new car will be powered by a 3 cylinder version of the 1.3-litre Multijet diesel engine from Fiat which is also employed by Tata Motors and Maruti Suzuki for the Indica Vista and the Swift respectively. The scaled down version, which would be manufactured under license from Fiat, will however be more fuel efficient than the 1.3 version. Christened TCDi in typical Chevrolet fashion, the new car will deliver decent power and torque for a city car.

The estimated figures for the power and torque output from the new engine are 56PS of power and 150Nm of torque. While the power output may sound to be slightly low, but the Beat is not a heavy car. Also, with its healthy torque, it should pull nicely in city traffic in low revs. The USP of the new engine will be its fuel efficiency, which can safely be expected to be the highest among the small cars in India. Expect a 20+ kmpl figure in the real world.

GM’s India head Karl Slym had said earlier, that he feels that a diesel engine can do wonders to the sales of the Beat. We would like to concur with him here. The Beat is the best value hatchback in the Indian market at this point, and a diesel engine will definitely boost its appeal enormously. If GM India manages to price the new Beat aggressively, which we are sure it will, there is ample reason for the likes of the Figo and the Swift to worry about.