Barely a day after images of the Bajaj Dominar 400 spotted at a dealer yard surfaced on the web, new images reveal yet another Bajaj product that made its way to a local showroom. The motorcycle is none other than the V12, the younger sibling to the V15 that was launched back in February this year. 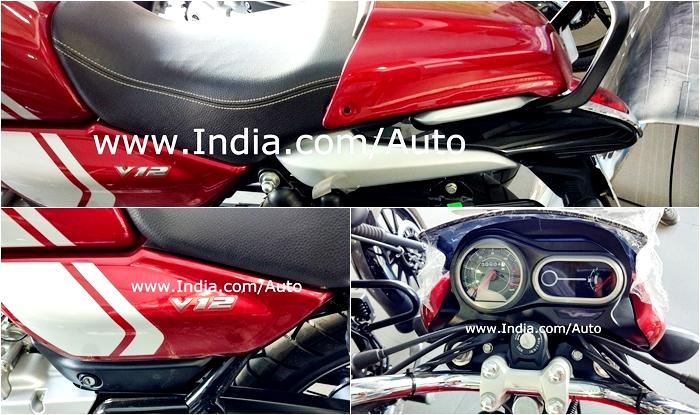 The Bajaj V12, as seen in the images here, remains more or less visually identical to the V15 save for a few changes. The V12 comes equipped with five spoke alloy wheels unlike the 10 spoke alloy wheels on the V15 while the younger sibling misses out on front disc brake. It is believed that the Bajaj V12 will initially be available only in the Wine Red / White paintjob. A few notable design cues that have been carried over from its elder sibling include a rear seat cowl and a similar instrument cluster. 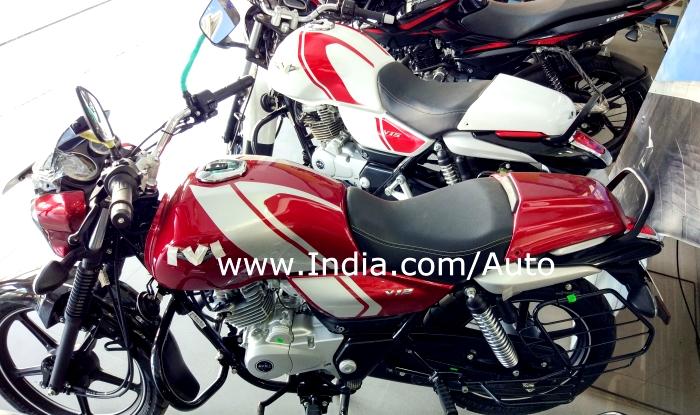 Powering the model will be a scaled down version of the V15’s motor. This 125cc single cylinder, air-cooled engine produces 11 PS at 8000 rpm and 10.8 Nm of torque. Power will be sent to the rear wheel via five speed transmission. Bajaj Auto had already commenced production of the model ahead of its launch that is scheduled to take place this month. The V12, as Bajaj Auto revealed earlier, comes with a price tag of INR 56,200 (Ex-showroom, Delhi).