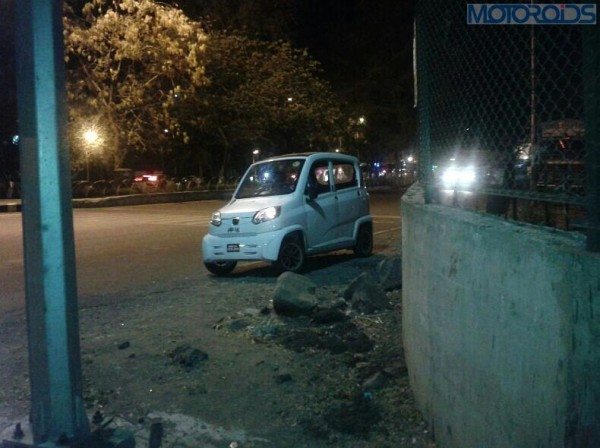 The RE60 ‘four wheeler’ has been in news ever since Bajaj Auto Ltd, the popular Indian two wheeler maker, unveiled its plan to launch a four wheeled motorized vehicle in the Indian car market. For a lot of time, everyone was of the belief that the RE60 would rival the Tata Nano, the cheapest car in the world. However, soon after unveiling the RE60, Bajaj made it clear that it has no intentions of challenging the Tata small car and that the RE60 would instead battle it out with auto rickshaws.

We reported when it emerged that Bajaj is fast inching closer to completing the RE60 project and that the auto maker aims to sell as many as 5,000 units of its ‘four wheeler’ every month. The RE60 is being called as a ‘quadricycle’ and will be strictly a commercial vehicle for urban usage.

Mr. R C Maheshwari, President of Bajaj Auto’s commercial vehicle division, stated that,”The government has given us an in-principle approval to create this new class of four-wheelers or quadricycles. A committee is working on regulations and norms for such vehicles. We understand that the process for the final inclusion of this new class in the commercial vehicles segment will take a few months more.”

A Bajaj RE60 test mule was recently spotted testing in Pune. The car sported no camouflage and from the looks of it, was close to being production ready.

While the RE60 looks close to being production-ready, the car won’t be launched before Govt. of India gives a final nod to Bajaj for the launch of the new quadricycle.