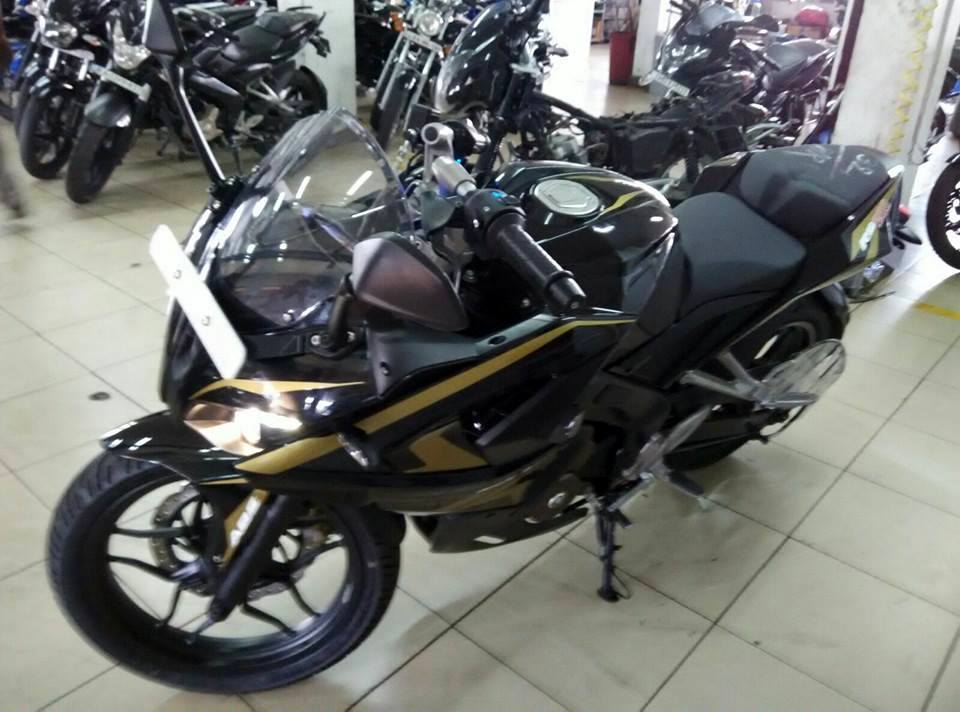 The Bajaj Pulsar RS200 is only available in two colour combinations – red and yellow. Now, a new, black and golden colour combination has been spotted  at a dealership in India, indicating an imminent addition to the RS200’s color palette. A similar combination was seen on the RS200 during the RS’ pre-launch activities at Bajaj’s Chakan plant. 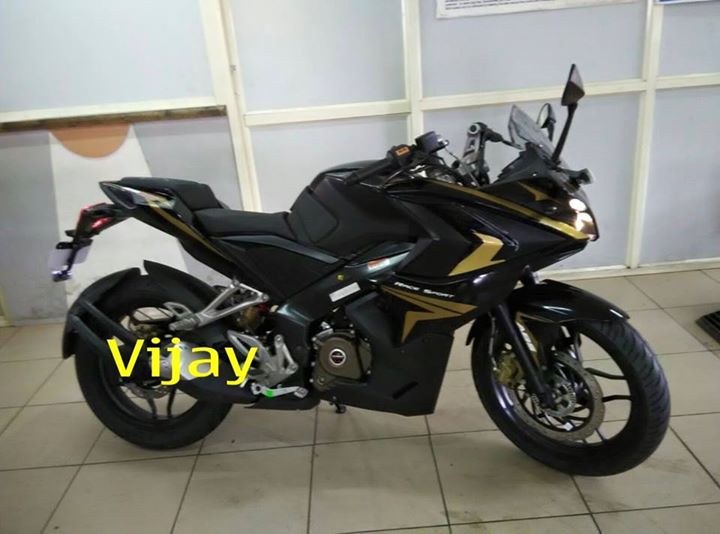 The RS200 looks mean in black, with icing on the cake being the golden highlights. Visually, the colour also tones down the busy styling, which has often been criticised for being a tad overdone. The model pictured here is the top-end, ABS equipped variant, which retails for INR 1.30 lakh (ex-showroom Delhi).

Mecahnically, the RS200 is powered by a 199.5cc, liquid cooled, four valve, DTS-i Triple Spark Engine, which develops 24.5 PS@ 9750 rpm  and 18.3Nm of torque. Bajaj’s first fully faired motorcycle is faring quite well in the market, with the manufacturer dispatching 2,000 units per month on an average. This new livery aims to increase that number.