Bajaj Auto has launched a new variant of its popular Platina ComforTec commuter motorcycle. The new version of the motorcycle comes with  LED Daylight Running Lights (DRL) and boasts being the first Indian bike in the 100cc-150cc segment to come with the feature. The DRLs on the bike are claimed to last as much as four times longer while consuming 88% less power – although looking at the function of a DRL, the latter figure isn’t of much consequence.

The Bajaj Platina ComforTec is priced at Rs 46656 ex-showroom Delhi and is one of the most economical commuter motorcycles to buy in India.

As mentioned above the Platina ComforTec gets LED DRLs. According to the official statement of Bajaj Auto, the features lowers the bike’s power consumption and allows it to deliver higher mileage (fuel efficiency) compared to other bikes with AHO (automatic headlamp on). That’s a good thing for the bike’s positioning, as the bike maker touts the motorcycle as the ‘world mileage champion’. 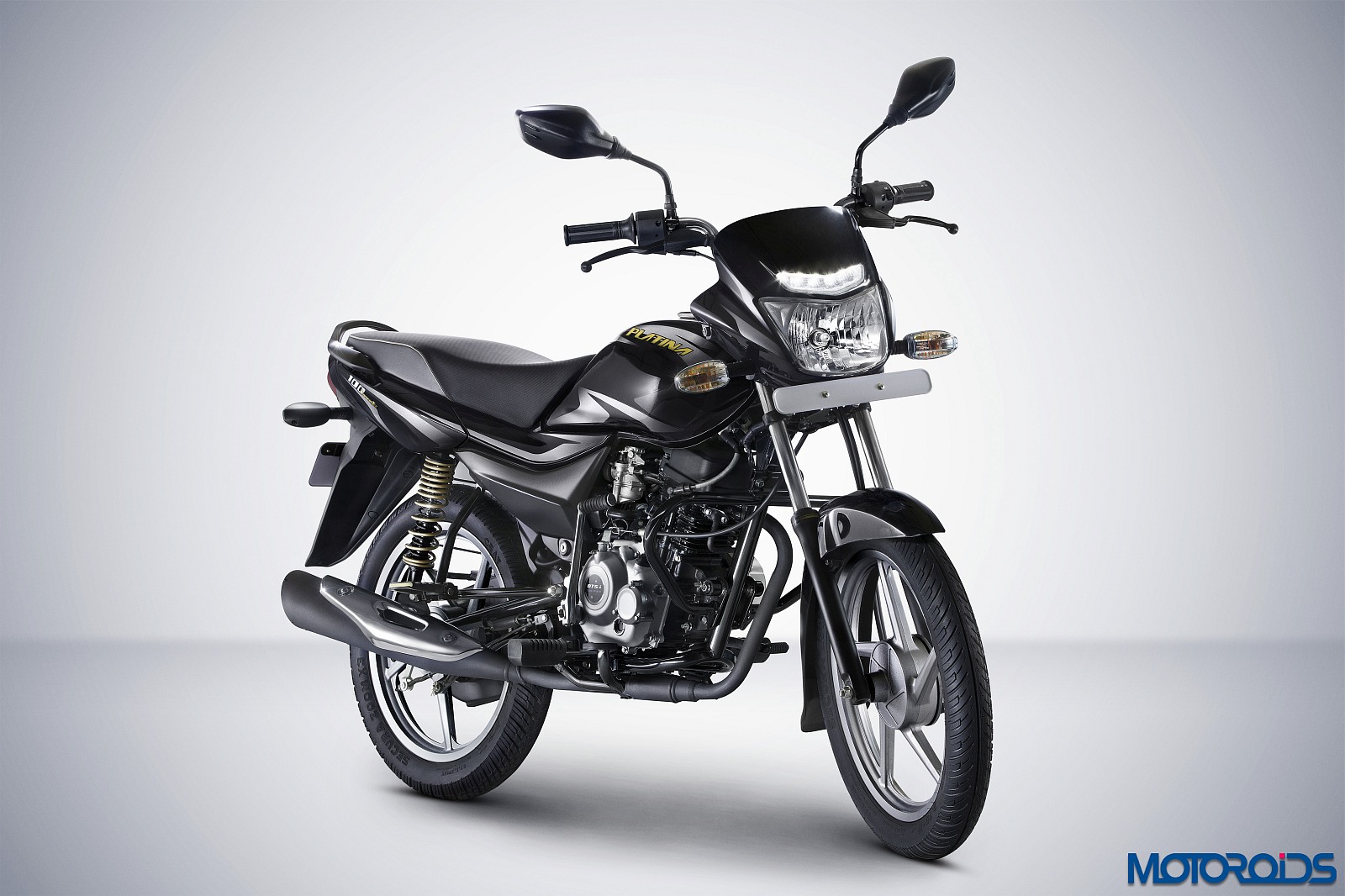 ComforTec is a marketing label used by Bajaj for the bike’s suspension which is claimed to be the ‘first of its kind technology introduced in any commuter bike’. Bajaj Auto claims that the suspension system reduces jerks while dealing with rough surfaces by up to 20% compared to other 100 cc motorcycles. The Platina features 28% longer travel front suspension and 22% longer rear suspension for better shock absorption. The bike also features a soft cushion seat that Bajaj calls the ‘spring-soft’ seat, rubber footpads and directional tyres focused on ride comfort and stability.

The new Bajaj Platina ComfortTec is available in ebony black with silver decals and cocktail wine with red decals.