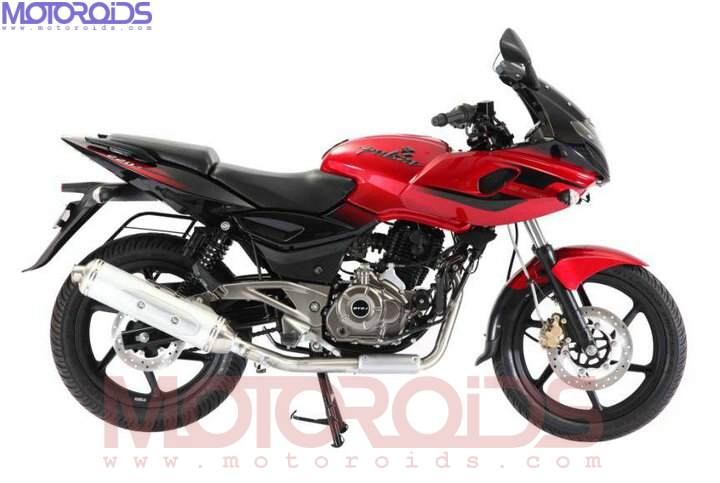 Remember our report published a few days back, where Mr Rajiv Bajaj was officially quoted as saying that a new ‘upgrade’ for the Pulsar will be introduced sometime soon? There are good and bad bits associated with the story. The good bit is that the upgrade seems to have been introduced, with the bike already in Probiking showrooms. The bad news is that this isn’t exactly the next generation Pulsar but a cosmetic upgrade only from what we know. So we’ll have to wait a little more for the next-generation Pulsar which would be a complete overhaul of the current platform, with new engines, chassis, design and features.

The upgraded Pulsar released as of now is just a cosmetic upgrade with a two-tone paint scheme and a new sticker job. No changes have been made to the mechanicals of the bike. This cosmetic upgrade may just be a hint that Baja plans to exhaust its current stock of the Pulsars by creating some buzz with this face lift. It may just be a precursor to the introduction of the new generation Pulsars.

There are talks of the new generation Pulsars to be launched in january. But here at Motoroids, we seriously believe that the new generation of this cult bike brand will be introduced much soon than that. Reason being, the first Pulsar twins (150 and 180) were introduced in October 2001. Now Bajaj Auto can just not miss that historic date, and what better way to celebrate a decade of the grand success that the Pulsar has been, than introducing a next-gen model.

In our opinion, the recent upgrade will expedite the exhaustion of the current Pulsar stock for Bajaj auto so that when they launch the new-gen model in September / October they don’t have many current-gen bikes left with them.

Bajaj Auto have also started a contest for the new, upgraded Pulsar. The company’s official fan page on Facebook (Facebook.com/mypulsar) is also running a contest wherein you have to visit any nearby Bajaj showroom to click the pictures of the new Pulsar, and post it back to Bajaj to win Pulsar goodies.

Discc this topic in our TALKS Section

Stay tuned, as we get you more dope on the topic.