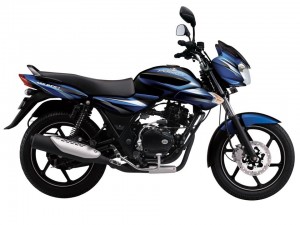 In a surprise of sorts, Bajaj Discover commuter motorcycle has managed to displace the aged but very popular Hero Motocorp Splendor  to become the largest selling motorcycle in the world based on September sales.

Reacting to Bajaj’s claim, a Hero MotoCorp spokesperson said: “Splendor continues to be by far the most popular and the largest-selling motorcycle brand in the world. Last year, we sold over two million Splendor bikes and we are well on course to clock that kind of number this year as well.”

Bajaj Auto President (Motorcycle Business) K Srinivas  said that Splendor’s monthly sales have been on a decline since May 2012 peak of 2,53,149 units this might be owing to the positioning of the Discover.

He also said that innovation, better features, competitive pricing and the ability to do more than merely commute, courtesy the focus on power without compromising on the mileage, as the key factors which give the Discover the edge.

On being asked if the Discover will be able to maintain the leadership, he said: “When we launched the Discover in 2004, the brand we wanted to attack was the Splendor. In eight years, we have got very close. Obviously, we will start the chase. Whether we will continue this or not is only what the future will tell us.”

However, the Hero MotoCorp spokesperson said: “With our foray into new international markets set to commence soon, we are also looking at further adding to this number (two million units).”