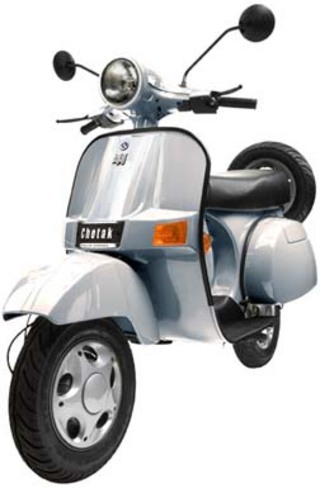 The iconic jingle “Hamara Bajaj‘ which had put Bajaj Auto on the pedestal in the Indian scooter market, now witnesses an end of an era. The company has announced that it will cease the production of scooters and shift their focus primarily to the motorcycle segment.

According to MD Rajeev Bajaj, the company will stop production of its non starters Kristal series by the end of the current fiscal. The company had already stopped the production of the Chetak, which once was the world’s largest selling scooter. “This is a definite watershed moment, because it’s almost like detaching ourselves from what constitutes middle class India, and the set of values that constituted middle class India,” says Santosh Desai, MD and CEO of Future Brands and a marketing and advertising expert. “We will exit the scooter market because we don’t see much sense in it. If we are to be a motorcycle specialist, we cannot make scooters,” said Mr. Rajeev Bajaj.

According to the Society of Indian Automobile Manufacturers (SIAM), Bajaj had clocked sales of just 154 units of Crystal in November and exported 104 units. The cumulative domestic sector sales during April to November period were 3,356 units and 728 units overseas.

The company will bring the curtain down on its scooters by March, 2010.