Home Mazda Back to the Future: The Mazda RX-Vision Concept brings back Rotary power 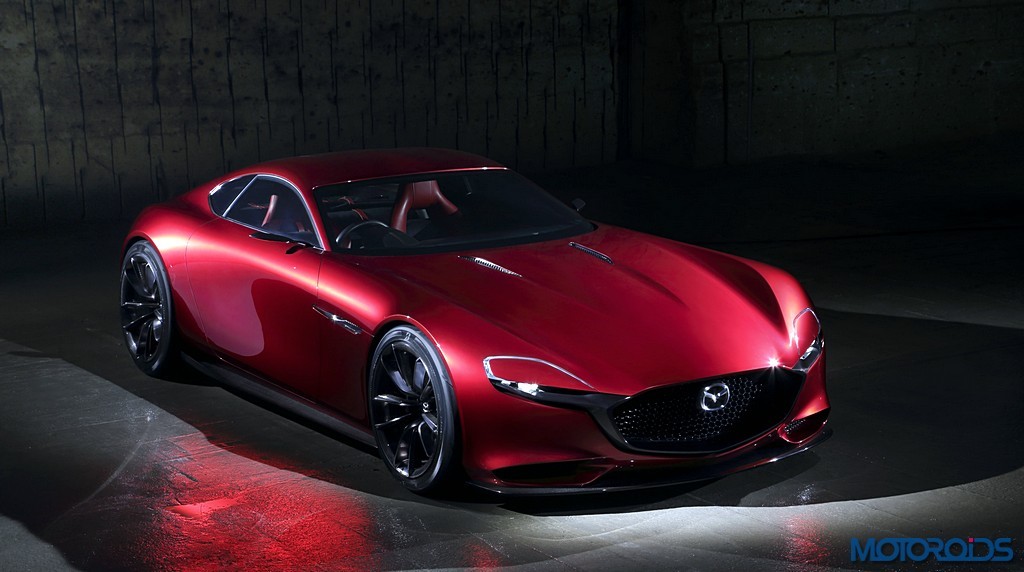 If you consider yourself to be a gear-head of the slightest order, you must be aware of Mazda and their penchant for rotary engines. Unlike the reciprocating pistons in conventional automotive IC engines, rotary engines generate power through the rotational motion of triangular rotors. 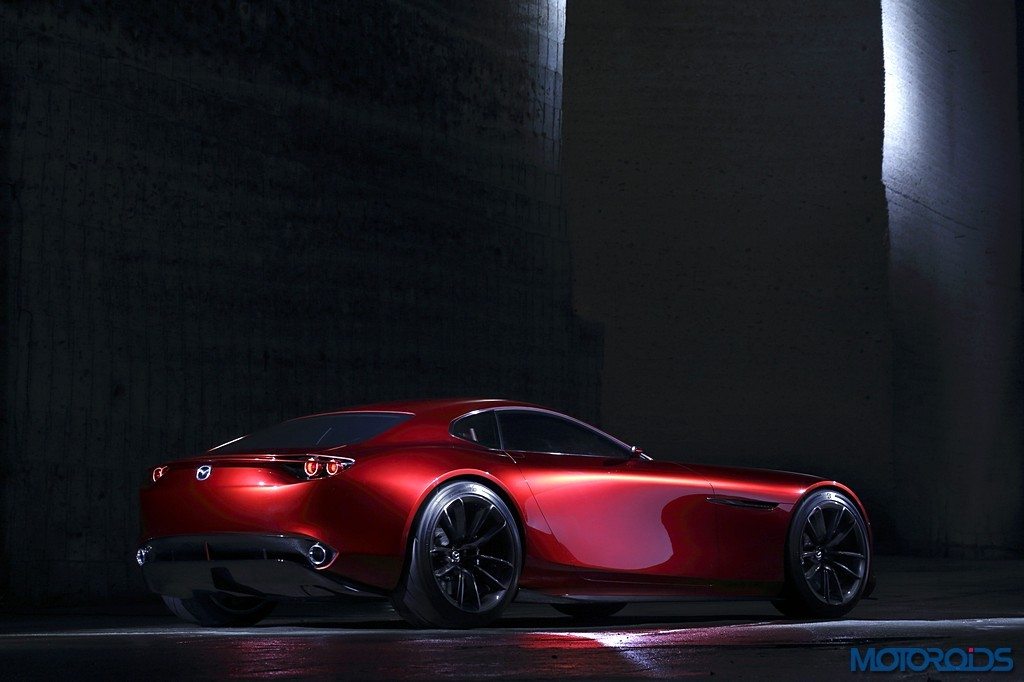 Despite the technical limitations, Mazda were the first company to successfully commercialise the rotary engine in automobiles, first in the Mazda Cosmo Sport 110S in 1967 and then in several other models. They even went racing with it, and became the only company to ever win the 24 Hours of Le Mans with a rotary-powered race car when the Mazda 787B took the chequered flag in 1991. 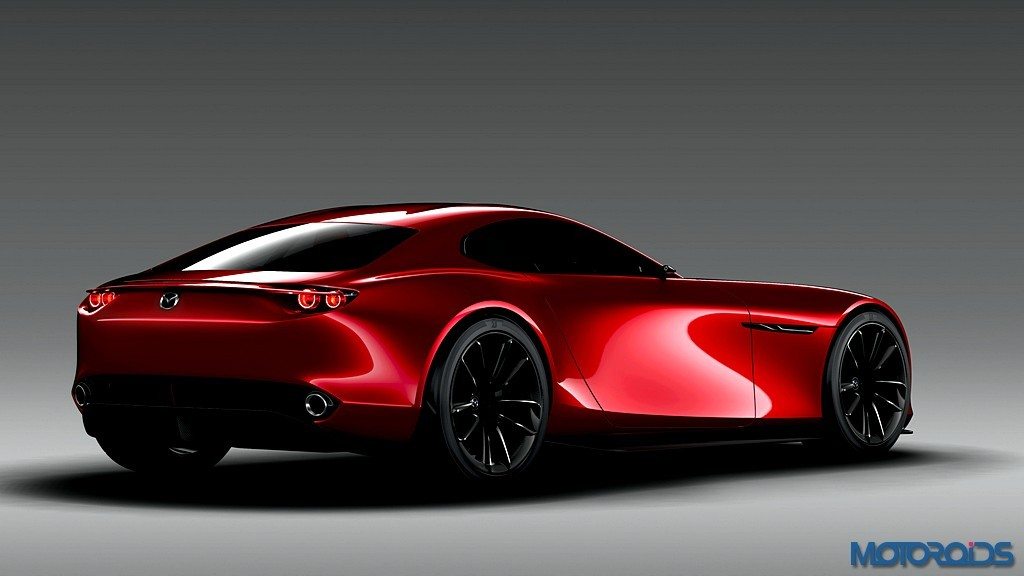 One of the rotary powered road going models in particular, became a legend. It was called the Mazda RX-7, the most-sold rotary car ever with more than 800,000 produced between 1978 and 2002. It still has a massive fan base, and has been glorified in big franchises like Fast & Furious and Need For Speed. However, rotary engines ultimately succumbed due to efficiency, emissions, and reliability concerns. The last rotary powered vehicle Mazda made was the RX-8 sports car, which was given the axe in 2012. 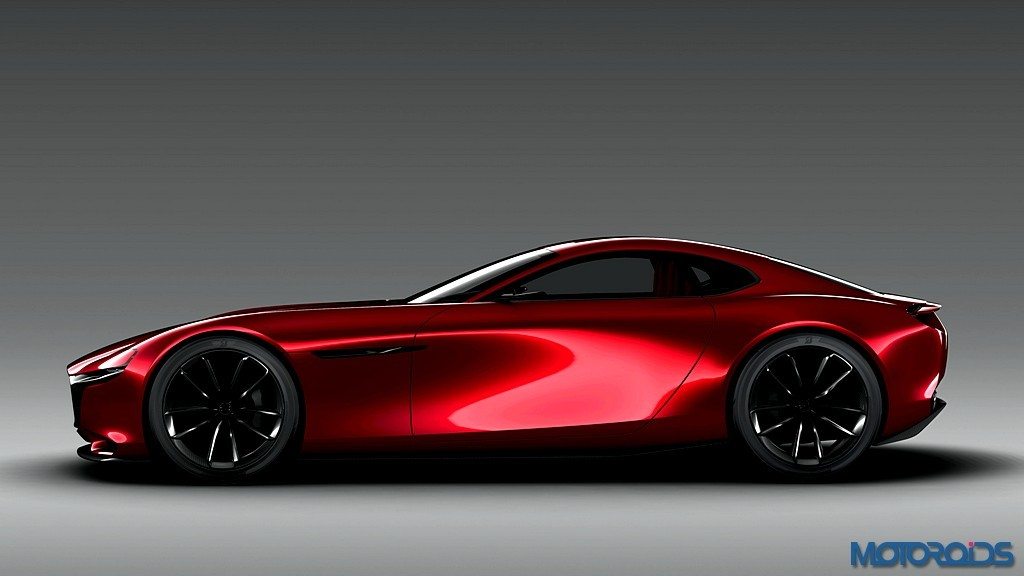 Although not currently mass-producing any rotary models, Mazda assures that they aren’t resting on their laurels, with R&D activities in the realm of rotary power going at full swing. In comes this brand new, sultry Mazda RX-Vision Concept, which is being showcased at the ongoing Tokyo Motor Show. 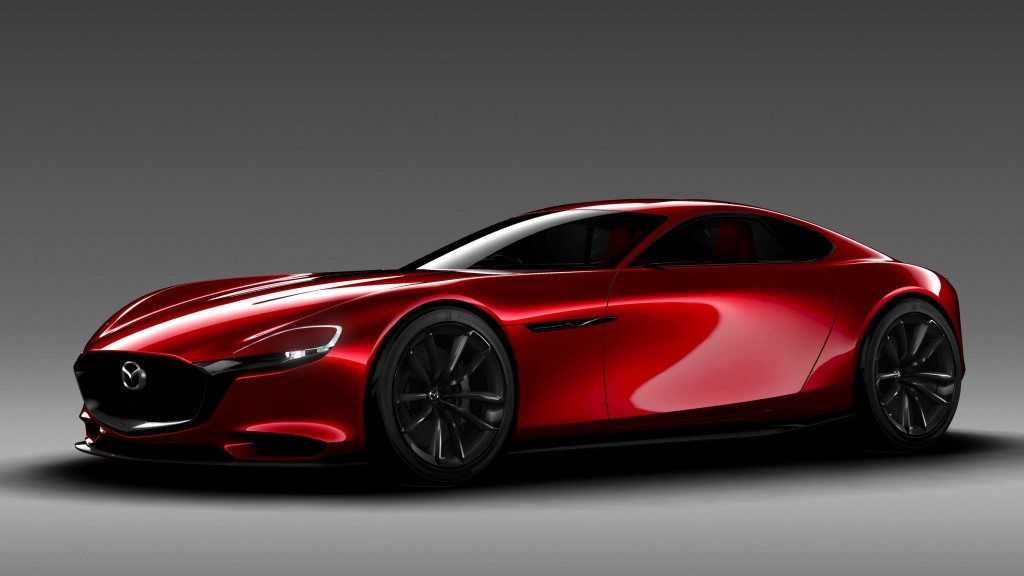 The RX-Vision Concept is a two-door, rear-wheel driven coupé in the traditional sense. While the wide and low stance is packed up within 172.8 inches of length, 75.8 inches of width and 45.7 inches of height, the long hood hides Mazda’s next generation of rotary engines, donning the label SKYACTIV-R. The tautly surfaced, beauteous bodywork shows the future of Mazda’s Kodo design language, and the corners are held up a set of staggered, ten-spoke alloy wheels wrapped with 245/40 front and 285/35 rear rubber. 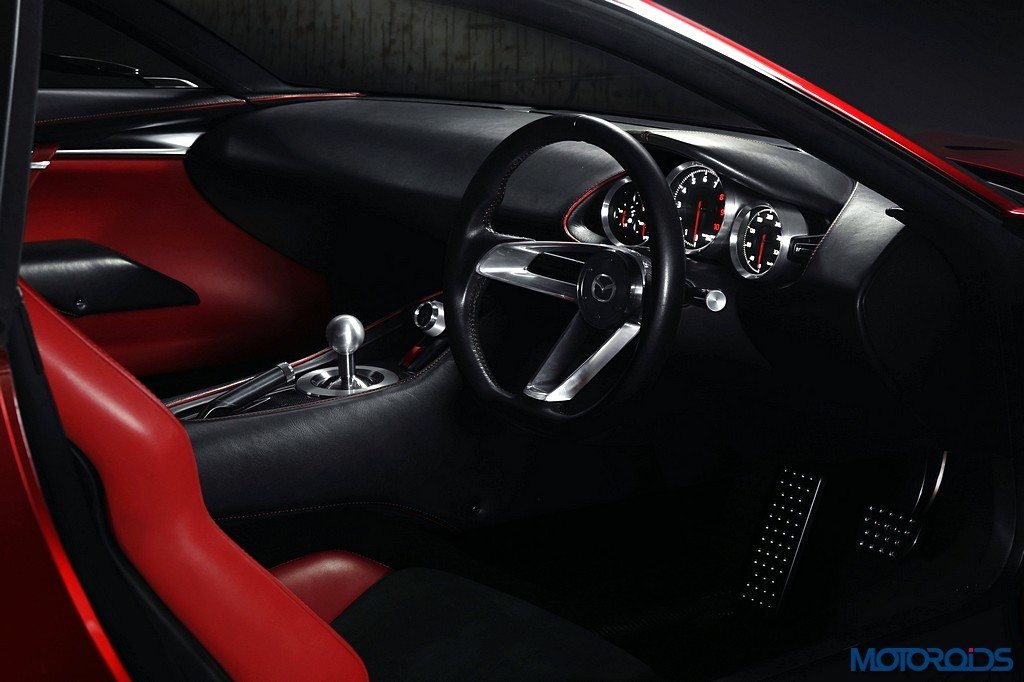 The interiors are classic sports car fare, with none of that fake carbon fibre infested fuss that modern sports car put to the table. Minimalism is the word that gets whispered around the RX-Vision’s cabin. The dashboard breeds nothingness, while the functional elements like the steering wheel, pedals and instrument cluster are just highlighted by a metallic hue.  That spherical shifter is so retro, and so is the red and black leather trimming. 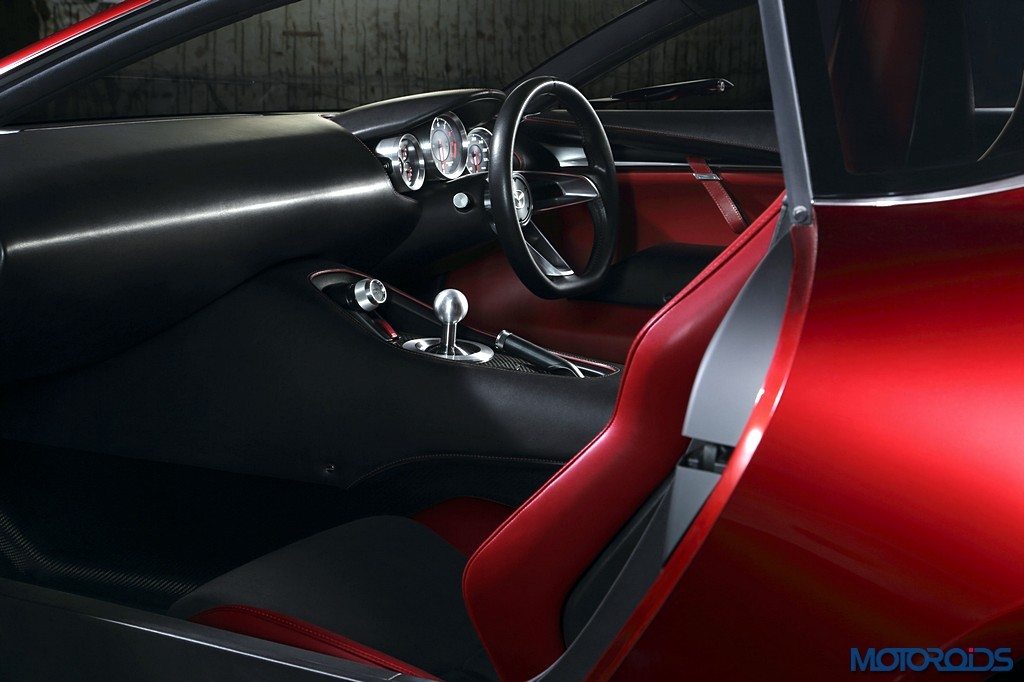 No further details have been divulged yet, but the RX-Vision’s dimensions put it in Mercedes-AMG GT and Jaguar F-Type territory. As we wait for more specifications and details like the engine capacity and its power output, we can’t stop salivating over the concept’s classic lines – a beautiful reinterpretation of the iconic RX-7. Rumours are rife that the concept, once it reaches production will take up the RX-9 name.