Tata Motors showcased a number of upcoming products at their pavilion during the 2018 Auto Expo including the H5X, 45X and the performance oriented variants of the Tiago and Tigor. Among these models was a new variant of the Nexon, known as the Nexon AMT. 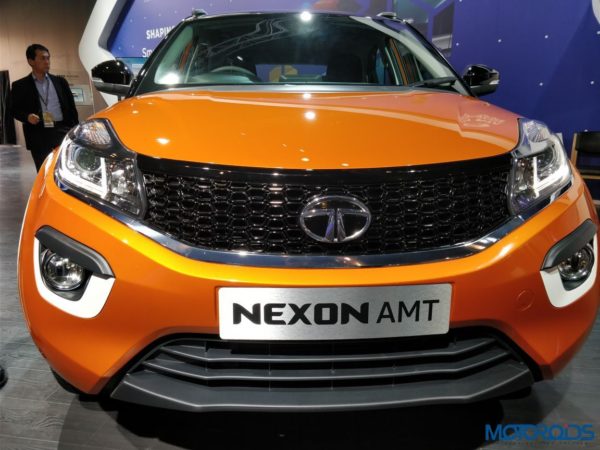 Tata Motors has not revealed any details regarding the launch of the Nexon AMT, although it is likely to take place in the coming weeks.

Expect the Tata Nexon AMT to be available at a slightly higher price tag than the XZ variants of both, the petrol and diesel trims. 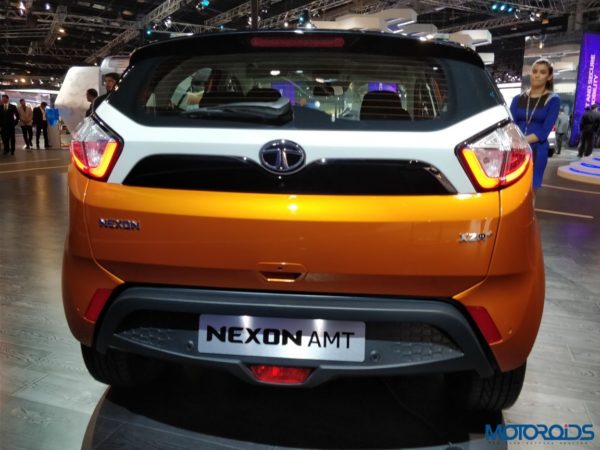 With the debut of the Nexon AMT, Tata Motors also showcased its compact SUV in a new paint job, known as Etna Orange. The paint job is likely to be introduced to the manual variants of the Nexon as well. There are no visual changes to distinguish the Nexon AMT from its manual counterpart save for the XZA+ badging at the rear.

Tata Motors will offer the AMT equipped Nexon with both the engine options including the 1.2-litre petrol unit and the all new 1.5-litre diesel unit. Currently, both the Nexon variants are available only with a six speed manual gearbox. 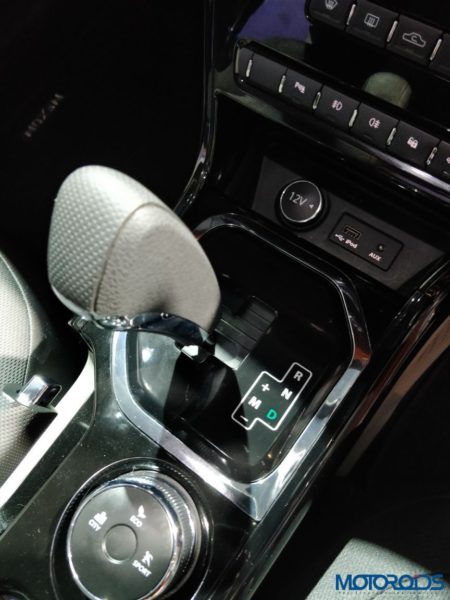 The Nexon AMT will be based on the top-end XZ trim and hence will come loaded with all the bells and whistles. A few additional features over the XZ trim of the Nexon will include a creep mode and hill assist. The AMT gearbox will also come with a manual mode.