It’s here! The much awaited Suzuki GSX-S750 Naked Roadster has arrived in India. First unveiled at the Intermot 2016, the Suzuki GSX-S750 employs the K5 engine architecture. The new 2018 Suzuki GSX-S750 will compete against the likes of Triumph Street Triple, Ducati Monster 797 and the Kawasaki Z900 in the Indian market. While Suzuki has remained tight-lipped about the prices, we expect the motorcycle to arrive betwee the INR 9-10 lakh. 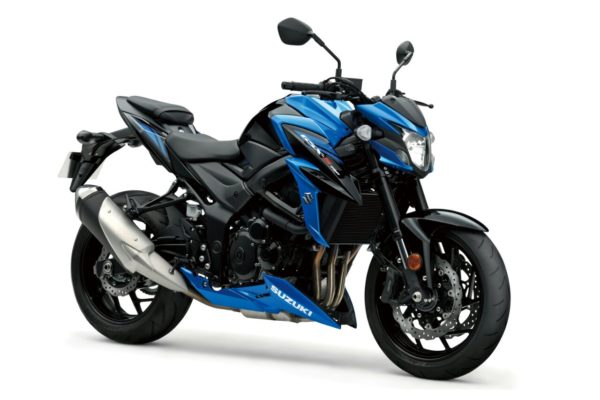 On the visual front, the design of the Suzuki GSX-S750 is inspired by the bigger, GSX-S1000. The chassis performance has been improved with a new swingarm, and braking is enhanced with the addition of radial-mount calipers and new discs. The sharp styling is further complemented by its fairly potent engine. 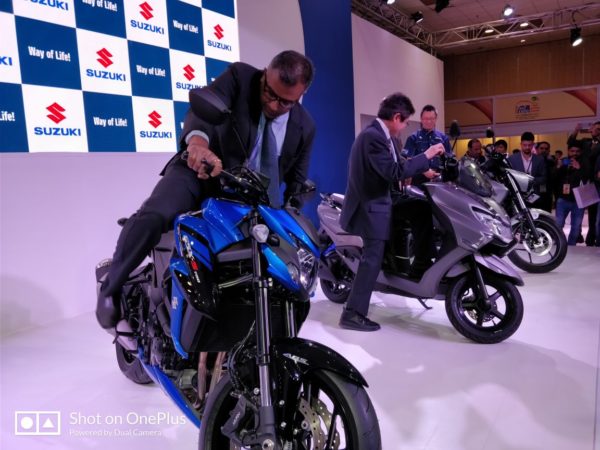 The GSX-S750 uses a 749cc liquid cooled, inline four cylinder, DOHC engine that’s tuned to deliver a healthy 113 PS of power at 10,500 rpm and 81 Nm of torque at 9,000rpm. The engine comes mated to a six-speed transmission. Check out the full spec sheet in the image below (click to expand): 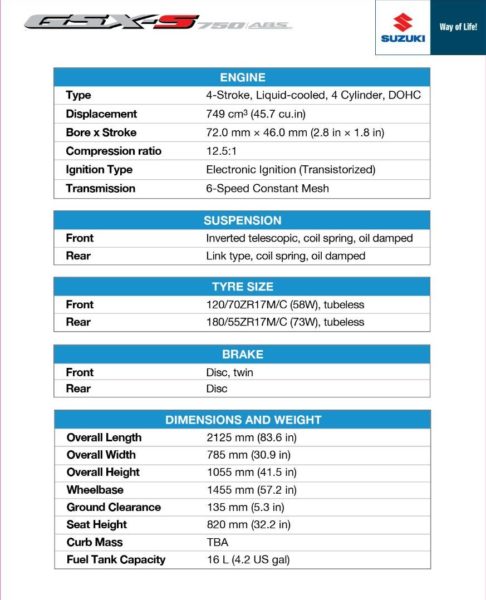 Here’s the video of the Suzuki press conference: