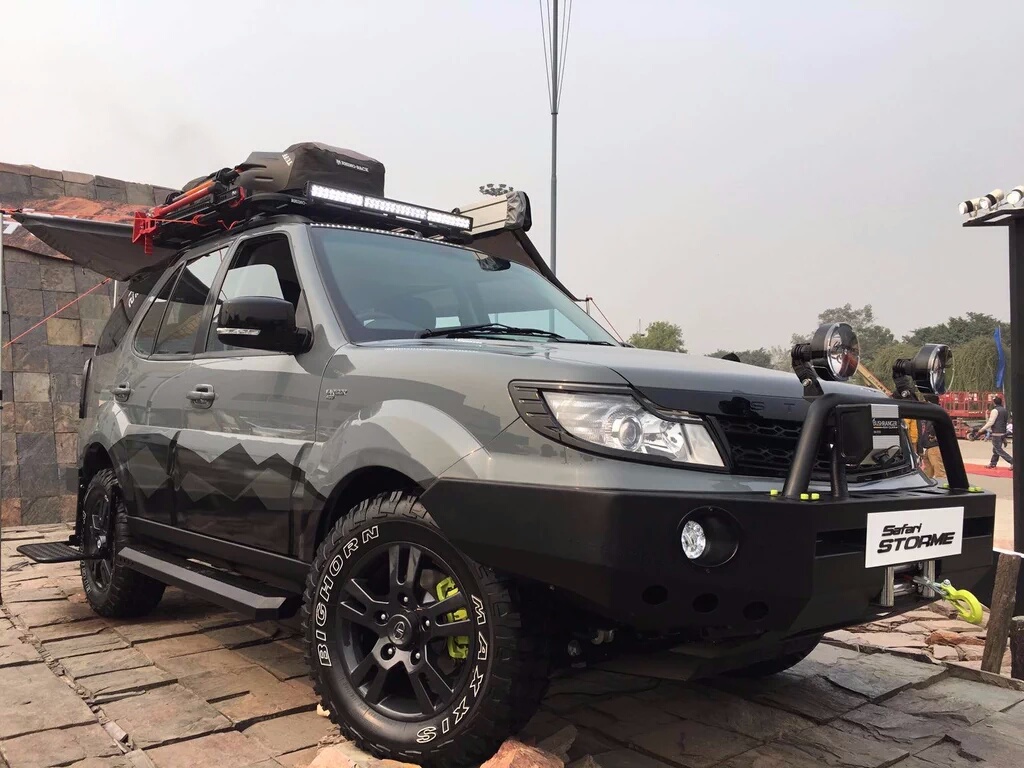 To please the off-roading aficionados, Tata Motors brought in the Safari Storme Tuff concept at the 2016 AutoExpo. In its Tuff avatar, the Safari Storme gets a thorough makeover from Tata Motor’s personalization studio to appear as a more capable machine off the beaten trail. A whole bunch of cosmetic and functional changes have been made to the standard SUV to equip it with superior mud-plugging capability whilst also allowing it to exude a more rugged attitude. 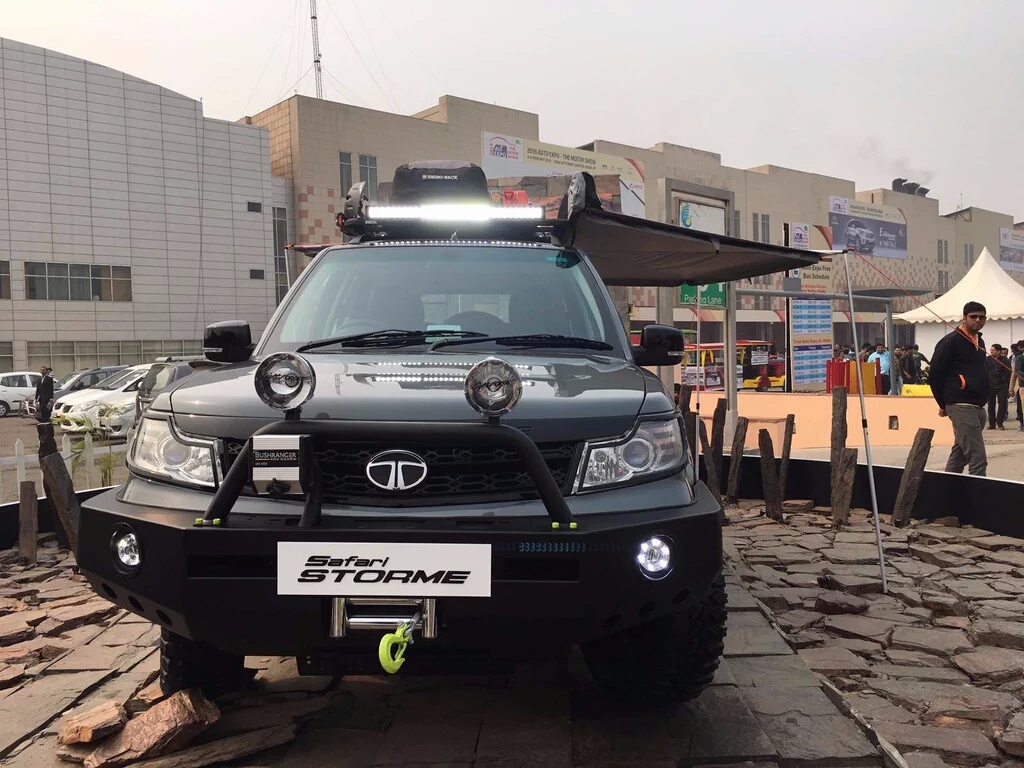 Up front, the bumper gets replaced with an extended, angular steel unit with an imposing bull bar and a pair of rally lamps. The head lamps get lined with a dark grey material for a more rugged appeal. Fog lamps are revamped too, and are comprised of a cluster of white light emitting LEDs. We also see a hook coming out from the bumper which appears attached to the end of a winch cable. On the roof, there’s an LED light cluster along with massive roof rack big enough carry stuff to let you venture out in jungle for weeks at end. An all-weather tent is showcased with the SUV to underline its outdoorsy character. 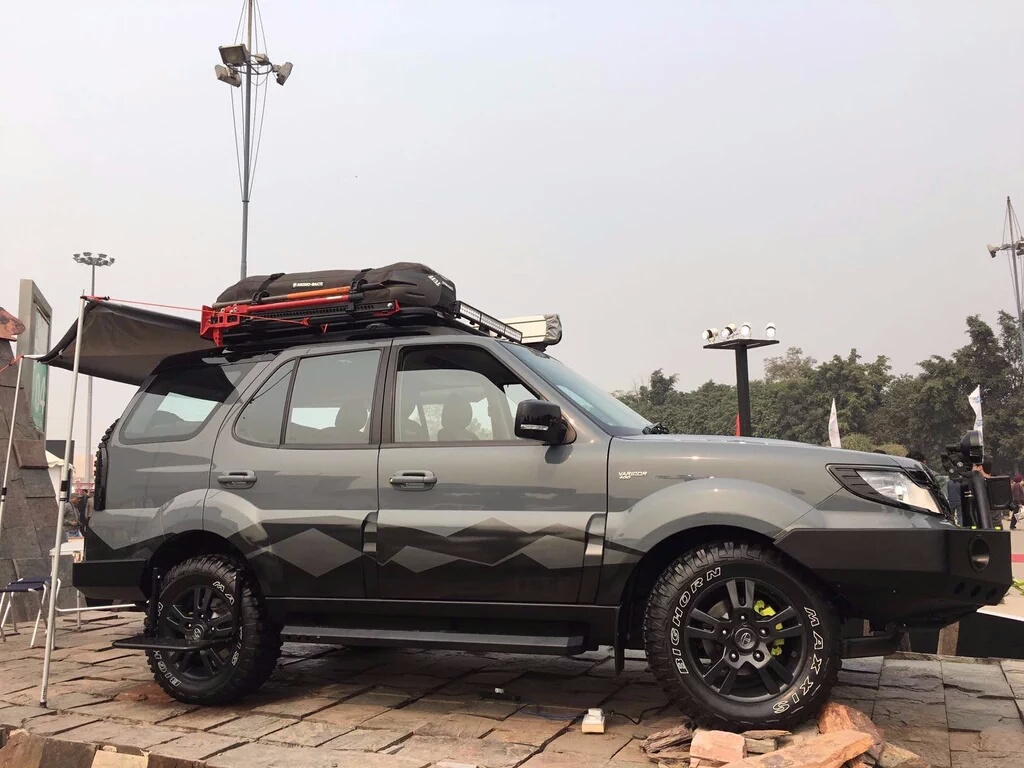 On the sides, the Storme Tuff gets new graphics depicting mountains in black and grey. The 5×2 spoke alloys are new as well, and are shod with proper off-road tyres. Peeping through the wheels up front is a fluorescent yellow disc caliper biting solid discs. 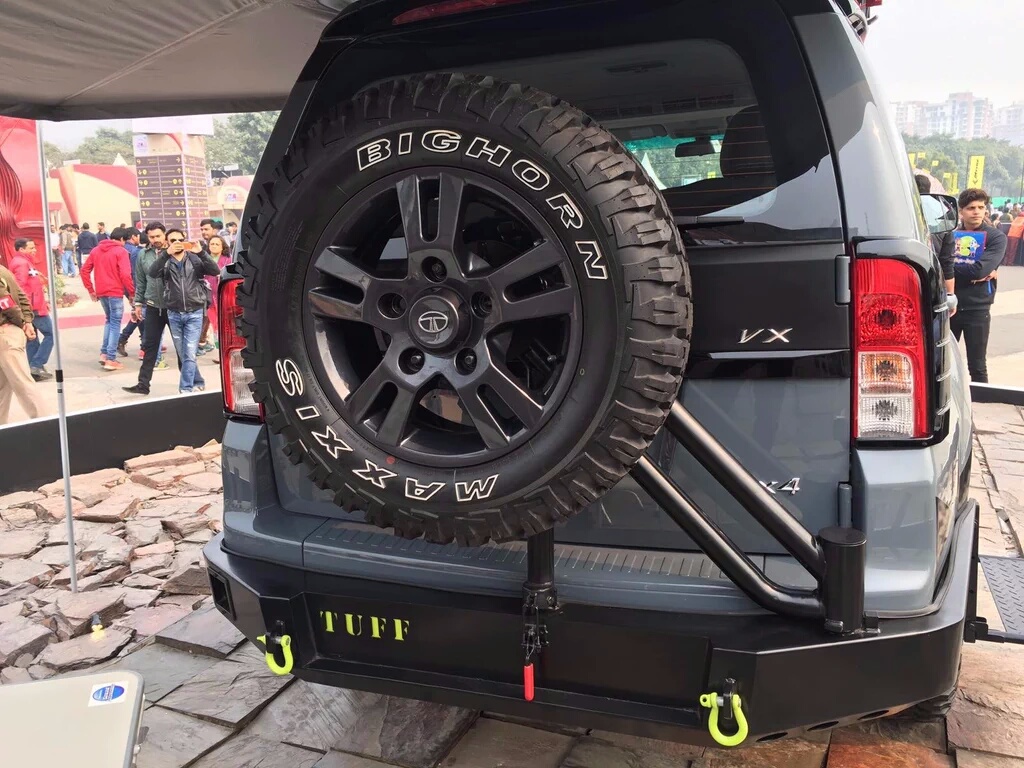 At the rear, the bumper and tails lamps gets treatment similar to the front, along with a reinforced hinge for tail-gate to handle the monstrous spare wheel.

Inside the cabin, the Safari Storme Tuff comes equipped with a weather-proof upholstery, along with a head up display and a trype pressure monitoring system.

Powering the brute is the recently released 2.2-liter VARICOR 400 engine with 156 PS of power and 400 Nm of torque.

Check out the images of the Safari Tuff in the gallery below.