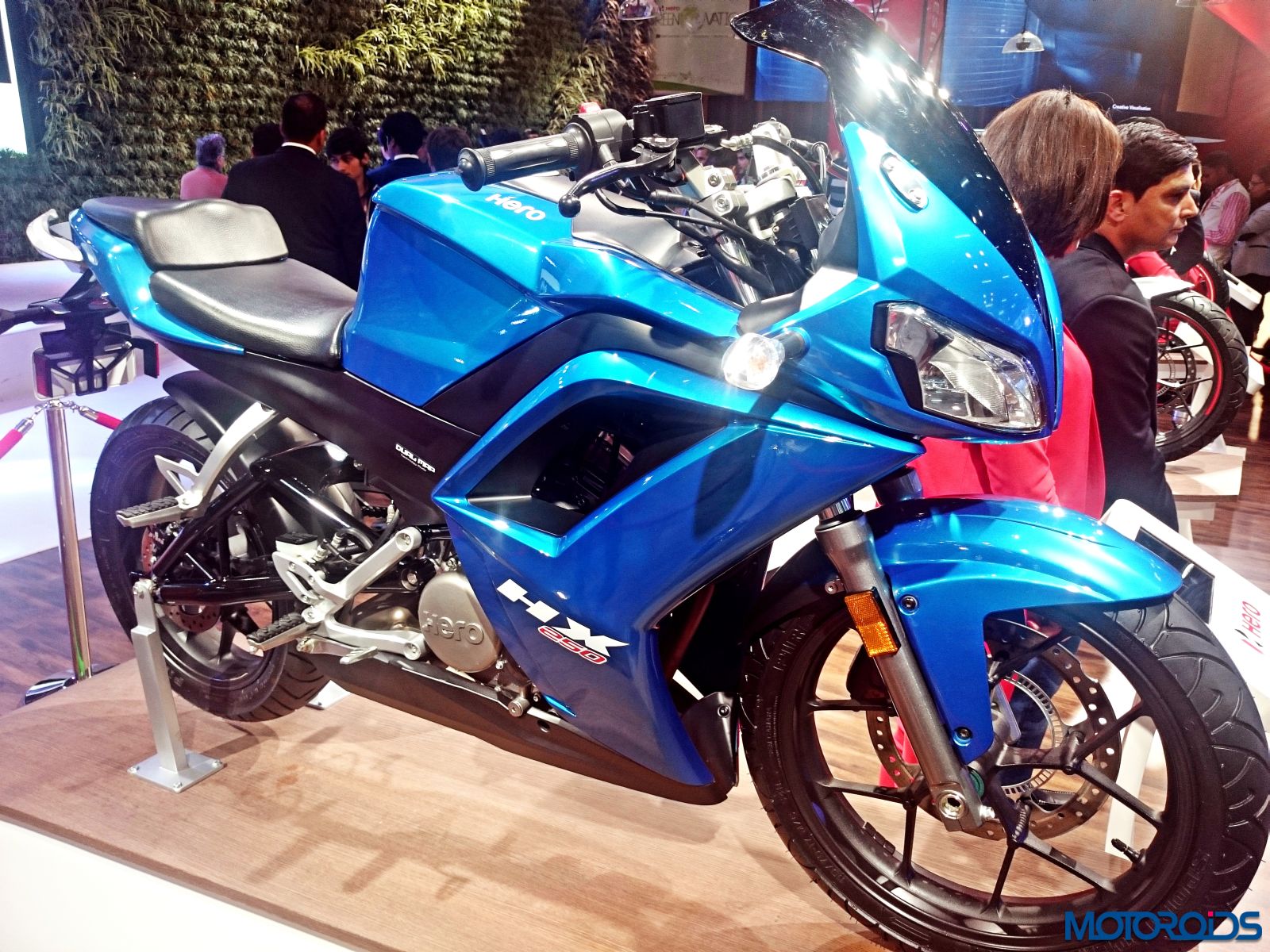 After making its debut at the 2014 Auto Expo, the Hero MotoCorp HX250 “R” made its second appearance at the 2016 edition of the motoring event. This time though, the motorcycle displayed was almost a production spec model and came without the “R” badge in its name. The production ready model is almost, or rather completely identical to the motorcycle that was displayed at the Auto Expo 2014.

As you already know, Hero MotoCorp was developing this motorcycle with its former partner, EBR Racing. However, the latter declared bankruptcy last year which may have been one of the reasons for the delays in arrival of the motorcycle. But Hero acquired certain assets from EBR to further develop the HX250 and the motorcycle is almost ready to roll out from the production assembly. 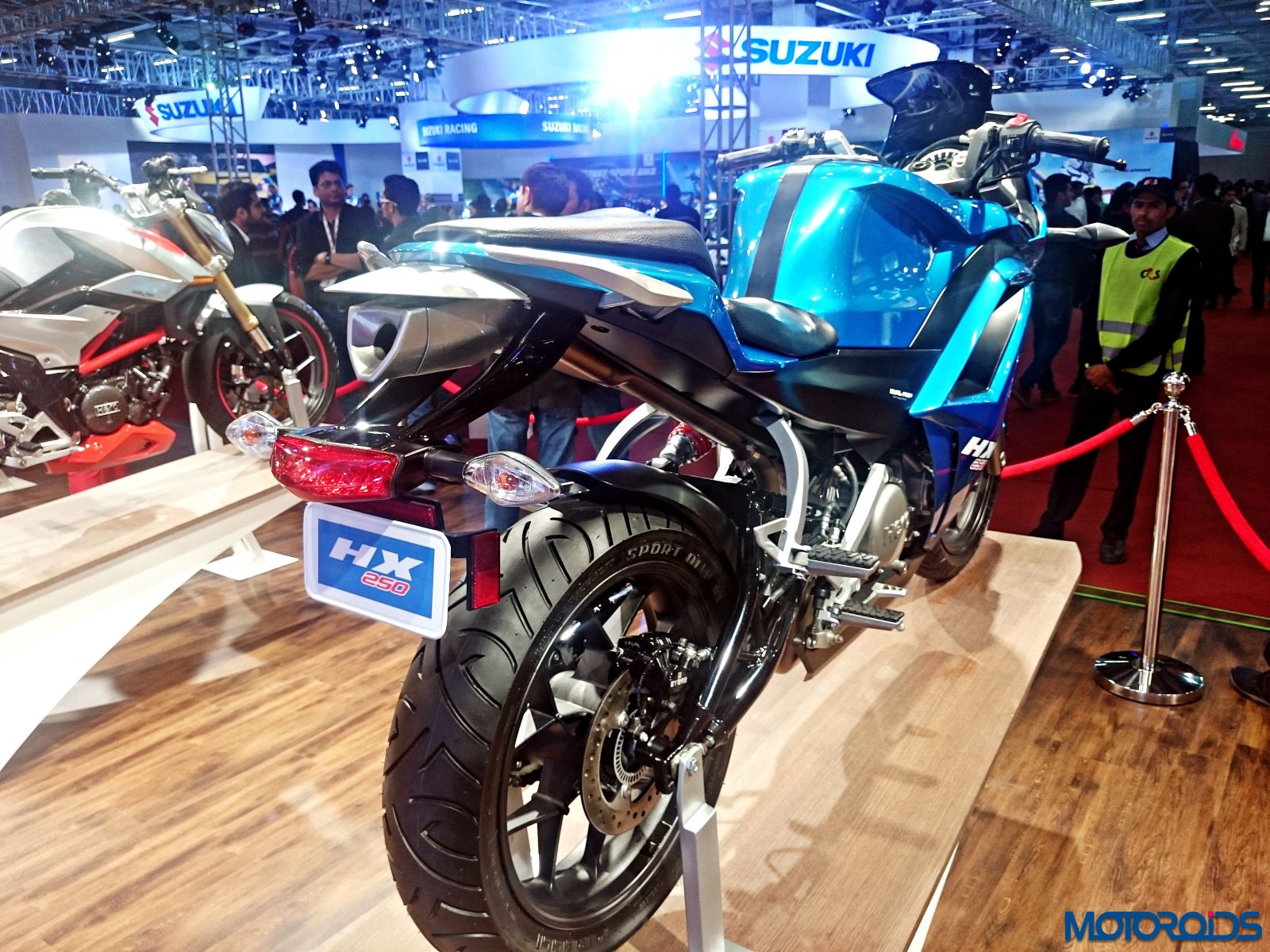 The Hero HX250 will also be the first motorcycle in its segment to receive two riding modes, namely City and Sport. The kerb weight tips the scale at an astonishingly low 136 kgs (by fully faired motorcycle standard). The HX250 will draw power from a newly developed 249cc single-cylinder liquid-cooled fuel-injected engine that would deliver 31 bhp of power and 26 Nm of torque. The engine will come mated to a 6-speed gearbox and is claimed to sprint from naught to 60 kph in less than three seconds.

Safety net would include dual channel ABS but we are not sure weather the feature will come as a standard. Other details include front and rear discs, two-pod headlamps with DRLs, underseat exhaust, split seat, clip on handlebars, semi-digital instrument console and premium Pirelli Sport Demon footwear. Looking at the latest images – we are worried about the family jewels of the rider in case of emergency braking because in all honesty, that fuel tank looks tall, really tall. 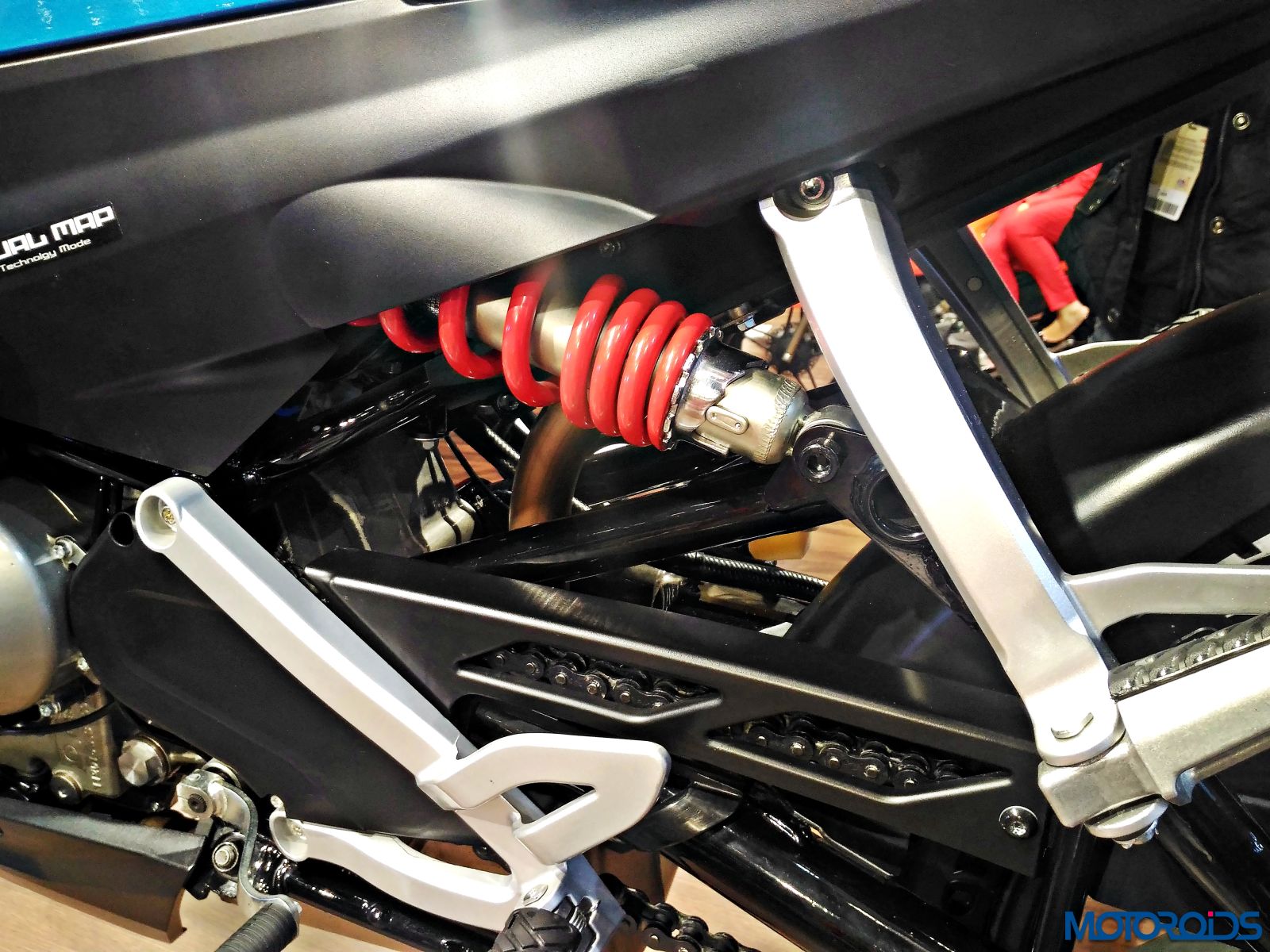 Hero remained tight-lipped about the launch details but the motorcycle is expected to arrive at showrooms in the coming months. Meanwhile, check out the detailed image gallery below and share your views about the upcoming Hero HX250 with us through the comments section.