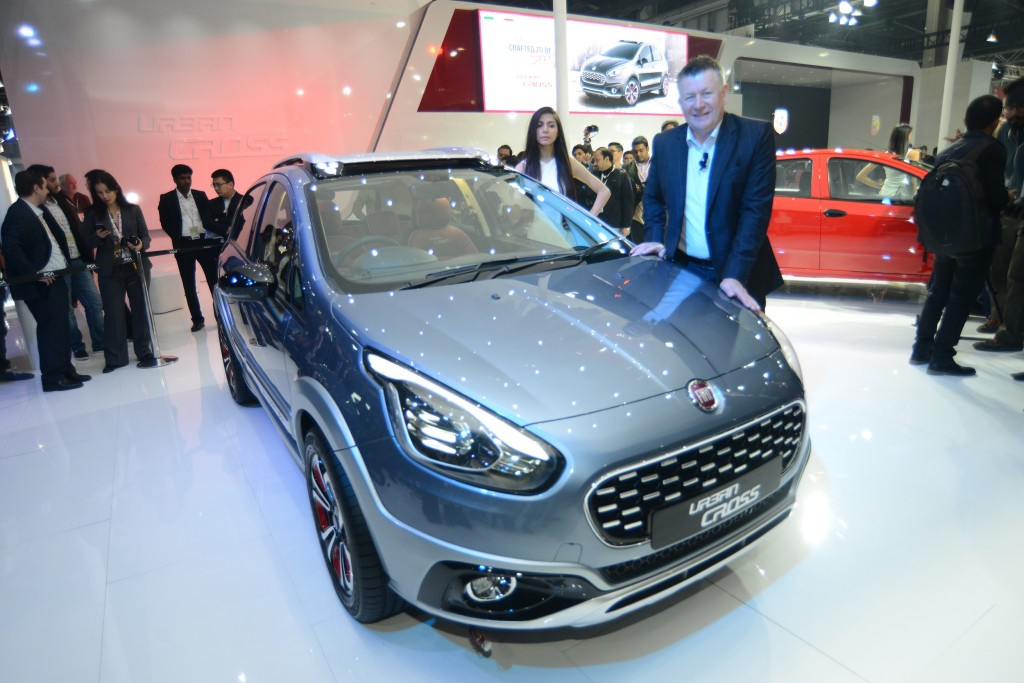 As if the Avventura wasn’t outdoorsy at all, the Avventura Urban Cross adds a more rugged front design, multiple roof rails and all round body cladding. The spare wheel at the rear of the Avventura has been done away with, and the concept stood finished in a two tone, light blue and grey paintjob.

The Urban Cross is 4 meters long, 1.7 meters wide and 1.5 meters high, and comes with features such as LED optical guides inside the tail lamps, LED headlights, panoramic sunroof, 17” alloy wheels with red accents, ORVM turn indicators and follow me headlamps.

Inside, the Avventura Urban Cross concept comes equipped with features such as dual tone colours, touch screen audio with Bluetooth and navigation. The Avventura Urban Cross concept will have a 1.4L T-Jet petrol engine under the bonnet mated to a five speed manual gearbox pumping out 140 PS of max power@5500 rpm and max torque of 210 Nm@2000-4000 rpm.