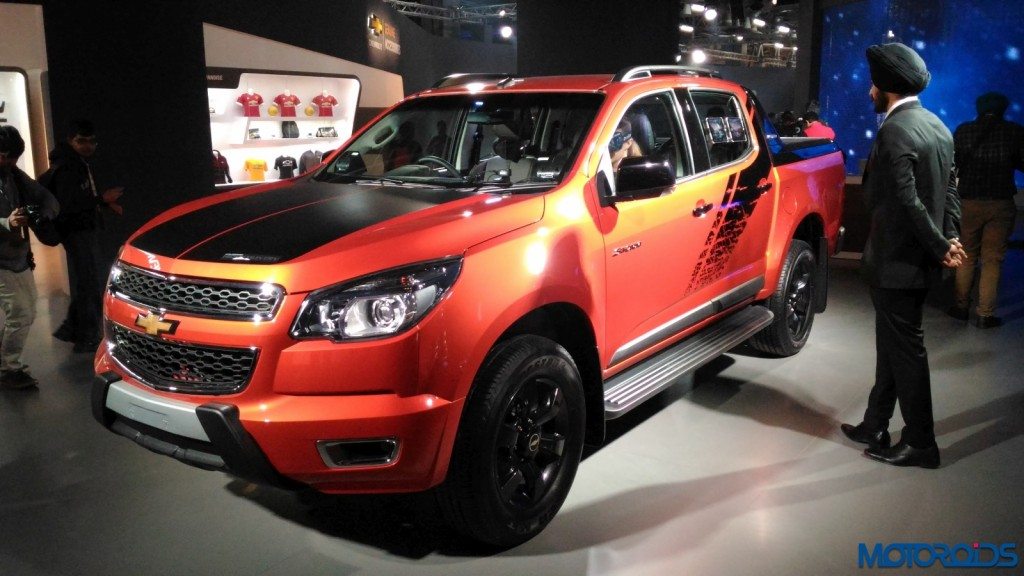 The Chevrolet pavilion at the 2016 Auto Expo was magnificent and housed two of the most sought after cars in the world, the Corvette and Camaro. The Indian product line up showcase had the Cruze, Spin, Sail and a couple of Beat cars in stock and slightly modified forms. New mainstream arrivals were in the form of the Beat Active and the Essentia sedan. While all of the party was on full throttle, there was a muscular pick-up truck parked at the front end of the booth, as if it was guarding it. The Chevrolet Colorado looked brawny, and represented the concept of the legendary ‘American truck’ in an emphatic manner. 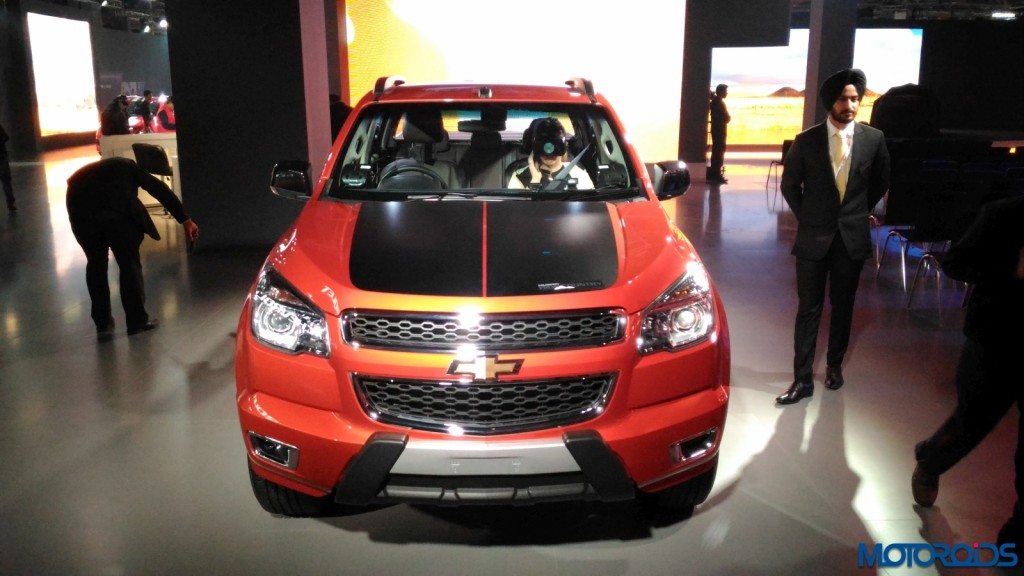 The brawny Chevrolet Colorado High Country Storm stood proud in an orange colour, with black vinyl wrap on the front with matte finish and black decals on each side. The double cabin pickup features a cargo area that can be closed with a lid. The tailgate is slapped with the Chevrolet bow-tie, litre count and the High Country emblem. 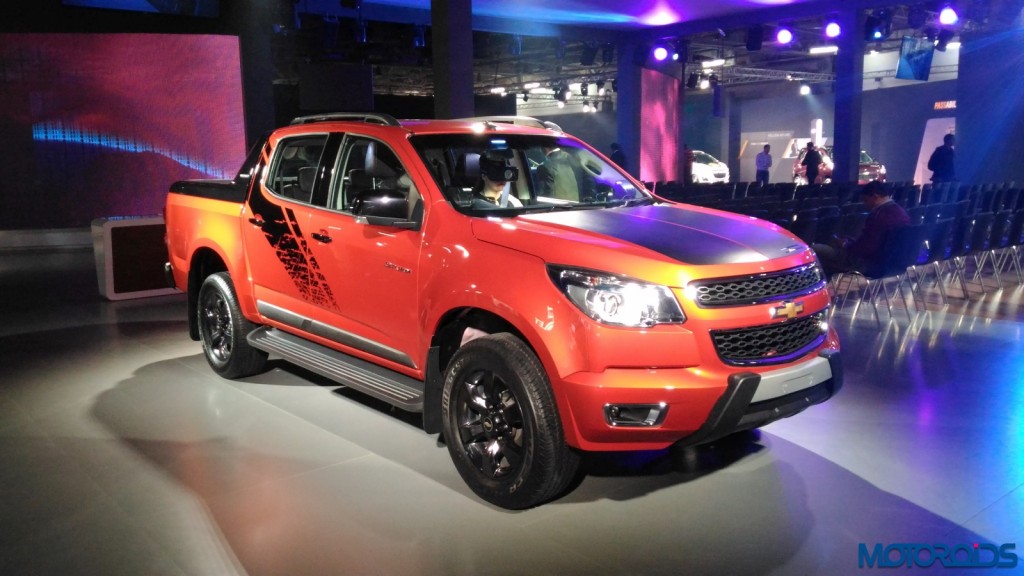 The Chevrolet Colorado High Country Storm was not just brought to be had a dekko at. Chevrolet had put up their interactive activity called Colorado Co-driver for visitors. The Colorado Co-driver is an Oculus Rift Virtual Experience – a 7D technology that gave the visitors an opportunity to take up the role of a co-driver and virtually travel through a mysterious road trip. With the mission to navigate the Chevrolet Colorado High Country Storm over rugged terrain through the picturesque mountains of New Zealand; participants were in for an adventurous treat. 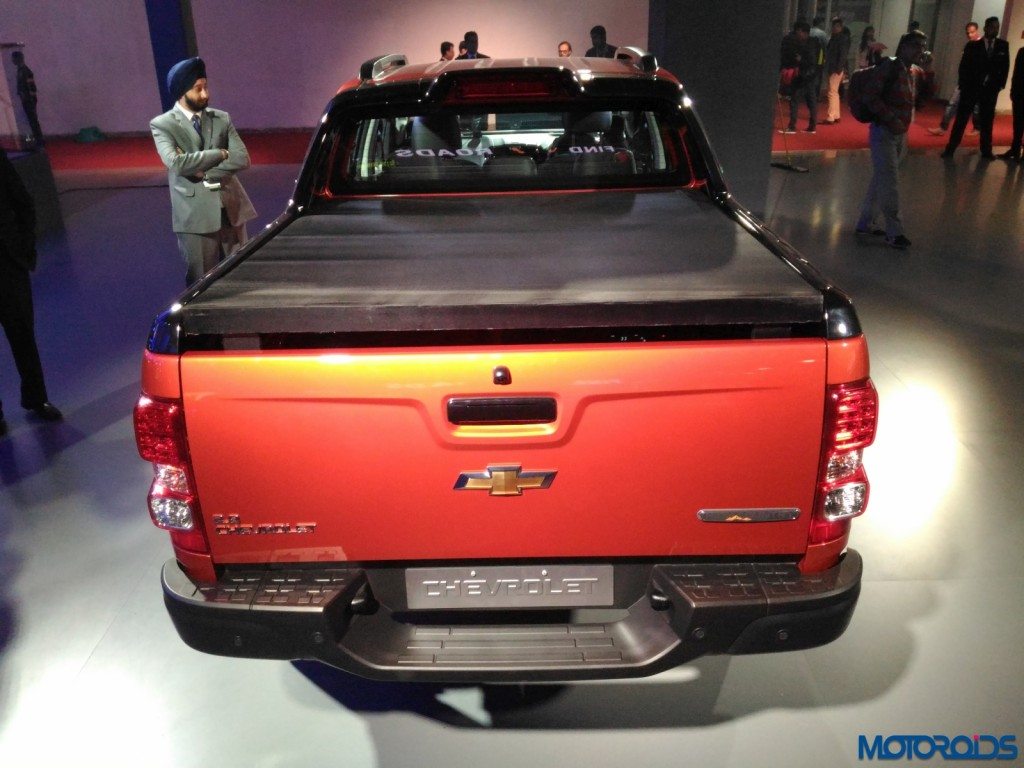 The showcased Colorado was a 2WD that draws power from a 2.8L Duramax 16-valve, in-line Commonrail Turbo Direct Injection with Intercooler engine. The liquid-Cooled 2,776cc engine generates 200bhp of power at 3,600rpm and a peak torque of 500Nm at 2,000rpm. The power is pushed to the wheels by a 6-speed automatic transmission.  The Storm is available in both 2WD and 4WD configurations, but no words on its India launch.

Have a look at the muscular High Country Storm through these images.