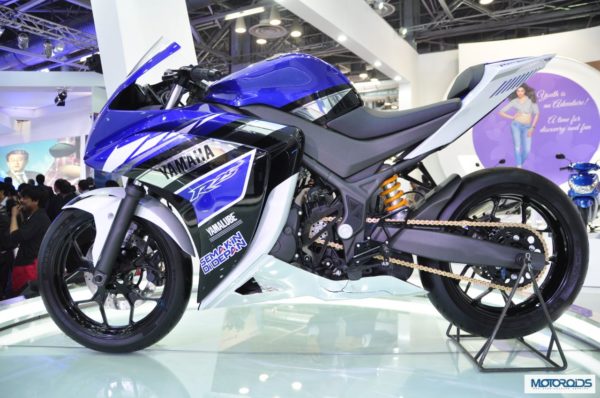 We are reporting LIVE from  Auto Expo 2014 and the much publicized Yamaha R25 concept in India and here are all the images, and details of the concept model. 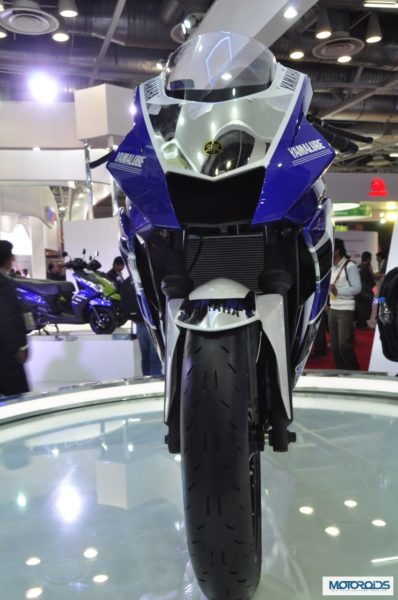 Yamaha unveiled the R25 concept some months earlier, and if this concept model is anything to go by, the production spec model might very well be the sportiest quarter litre bike across the globe! CLICK HERE for our full report on the Yamaha R25 Concept 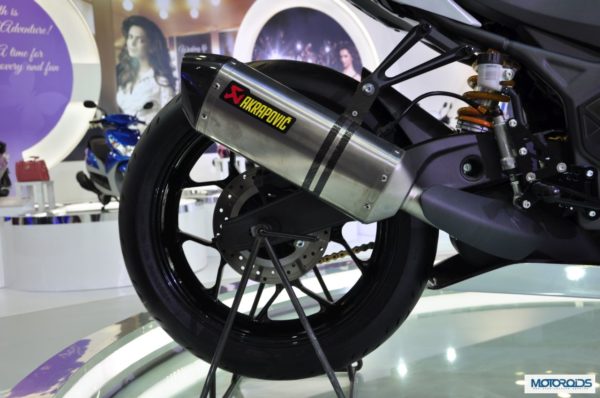 The R25 Concept looks much like Vale’s M1 MotoGP bike and there are good chances that the production model will look close to the design study you seen in these pics. We feel that for the production spec model, Yamaha would simply add a set of trafficators, a headlamp, a new exhaust and a slightly different set of graphics.

Powering the production spec Yamaha R25 will be a 250cc parallel twin motor that is likely to have a max power of around 35PS. This motor will be fuel injected and will come mated to a six speed manual transmission. The upcoming R25 is built on a new frame that features tubular elements instead of the R15-like steel spars.

In India, the Yamaha R25 would rival both the Honda CBR250R and the mightier Kawasaki Ninja 300. There are very good chances that Yamaha will locally produce the R25 in India to keep the production costs low and selling price ultra competitive.

We expect to be greeted by the new 2014 Yamaha R25 Concept at the fast approaching 2014 Indian Auto Expo next month. Stay tuned to Motoroids for more dope on the upcoming Yamaha R25.