We have already reported a fair bit about the recently conducted  Auto Expo 2014 and among the vast range of cars and bikes shown at this year’s motor show was this special motorcycle, which greeted us at the Mahindra Two Wheelers stall. Back at the Expo, the two wheelers devision of Mahindra showcased the new, updated Mojo, along with new variants of its existing products. However, the bike you see here on this page successfully pilfered away enough limelight from all other motorcycles at the new bike maker’s stall.

Built by Joshua Crasto, the new Mahindra Cafe Racer (Scrambles?) has been made specifically for Mahindra’s exhibit at Auto Expo 2014. Joshua is a professional modder and also runs his performance accessories shop at JCmoto.in 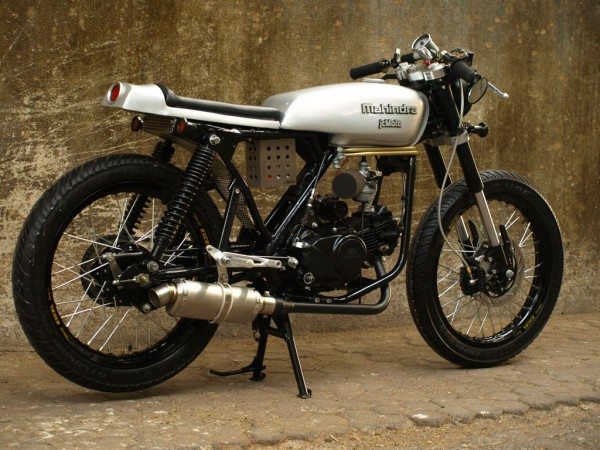 The showcasing of the JC Moto Mahindra cafe Racer is in line with the bike maker’s plans of associating itself with modification houses, to customize some of their regular models and hence, make them more appealing to a certain set of audience.

Based on the Centuro 110cc motorcycle, the JCMoto Mahindra is made up of aluminium and fiber glass panels and in the process, sheds some 20 odd kgs of weight. In a fashion typical of Cafe Racers, all the parts that didn’t contribute to better acceleration times were dumped. 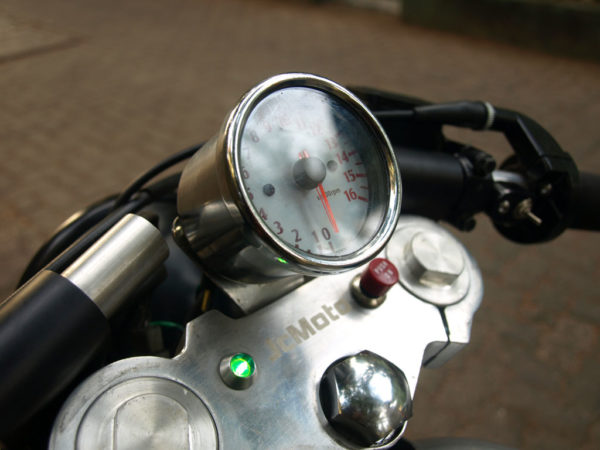 Tell us what do you have to say about the JC Moto Mahindra Scrambles? Would you like Mahindra Two Wheelers to come up with more such bikes? Do share your views by penning them down in the comments section below.