Audi is working on a sport version of the flagship Q7 SUV – SQ7. With the SQ7, Audi plans to bring its electrically assisted turbocharging system to production. The SQ7 will be launched in the international markets in 2016.

The electrically assisted turbocharging system – which combats turbo lag and improves response – has been already fitted into two concept cars, the 322 bhp Audi A6 TDI Concept and the 380 bhp Audi RS 5 TDI-e. Now, the system is set to make its way into a production car and will debut on the Audi SQ7, which will follow the introduction of the next-generation Q7, due in international markets, in 2015. Audi’s board member for technical development, Ulrich Hackenberg, said,  “The new Q7 will be available in the market next year but the electric turbo will come a bit later in the Audi SQ7 available in 2016.” 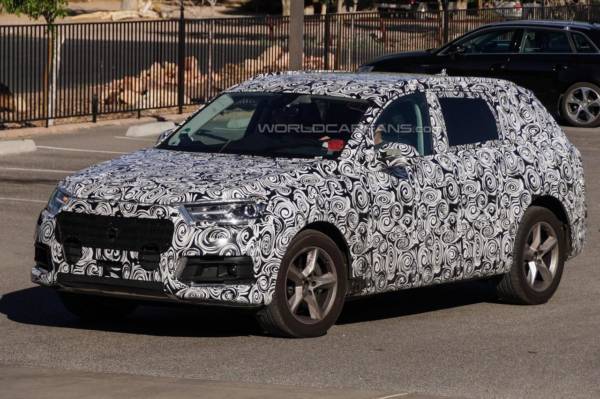 The SQ7 would be a new variant, and will be the Ingolstadt based car maker’s first-ever diesel-fuelled ‘S’ model. Powering the SQ7 will be a bi-turbo diesel motor which will crank out 309 bhp.

Audi first revealed the idea of an electrically assisted turbocharging sytem  in 2012 with an early version of the A6 3.0 TDI Concept. The system comprised a Honeywell, 48-volt electric supercharger fitted in line with the conventional turbocharger.The electric charger was made to work only at low revs. When the electric charger worked, it unleashed near instant response and the 3.0 liter experimental V6 diesel went on to produce a mighty 420 bhp of power.

The single turbocharger plus electric charger configuration of the A6 Concept provides a lower cost option than the more complex twin turbo system of the RS 5. Like the earlier prototypes, both depend on the adoption of a high power 48-volt electrical system to drive the 7kW motor of the electric charger.