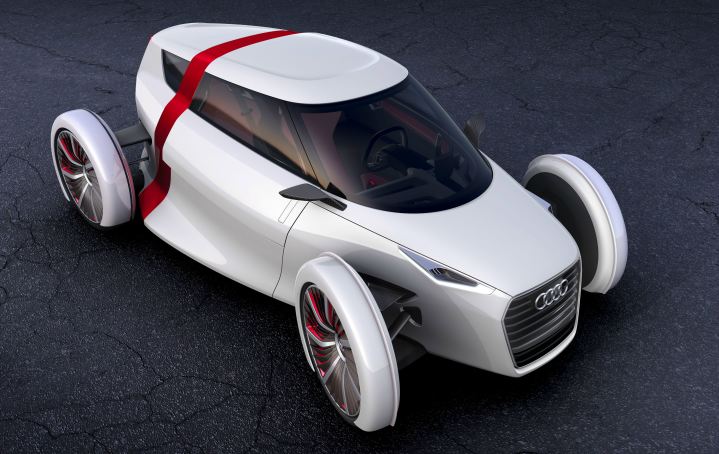 These are the first official pictures of Audi’s new urban mobility concept cars. Christened the Urban Concept and the Urban Spider Concept (open-top), the show cars will make their debut at the upcoming Frankfurt Motor Show. The duo is powered by electric motors and has a seating capacity for two. A single seat version of the concepts may also be shown at Frankfurt.

These Urban Concepts, may just be the first iterations of the Audi Megacity project, although the German brand has not yet shown any official intent o bring these cars into production.

Audi claims that these cars will be extremely light to enhance range and efficiency. Touted to be sub-500 kg in terms of kerb weight, these cars are 3200mm long, 1700mm wide and just 1200mm tall.
These cars will be powered by two electric motors powered by li-ion batteries. Audi is claiming a range of 40 miles, or about 65 km. Not too much, but reasonable enough for a small commute.

The cars will be fully revealed at the Frankfurt show on 13th September.