Teams of technicians and service advisors from 33 countries applied their skills and expertise to a range of tests in the global championship for the 13th edition of the Audi International Twin Cup in Seville, Spain. The team from Audi India has claimed the first position in the “Technology” category in the International finals of the Audi Twin Cup 2017.

As many as 65 teams from Audi Dealers from 33 countries had qualified in national competitions for the final contest held near Seville. During the two-day after-sales world championship, the participants were confronted with realistic service and workshop situations ranging from conducting dialogue with customers at the service reception to diagnosing hidden defects and carrying out repairs according to manufacturer specifications and standards. 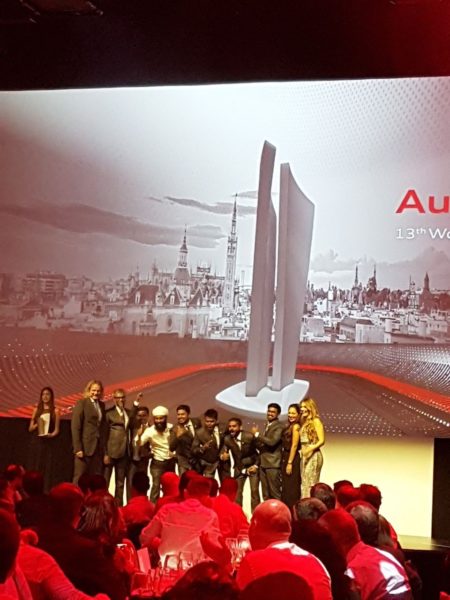 The focus was on digitalization: the teams displayed their product knowledge and technical expertise in areas such as infotainment system and virtual cockpit for example.

Year 2017 marked the 13th time the practical finals were being held. This year’s participants once again demonstrated a premium service mindset and team spirit to offer the Audi customers a superior and consistent service experience worldwide.