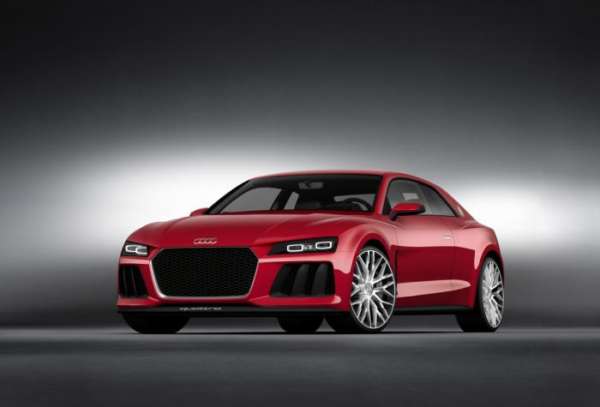 It has emerged that Audi will introduce the Sport quattro laserlight concept at the 2014 Consumer Electronics Show in Las Vegas.

Basically, the upcoming concept is an updated Sport quattro concept that was first seen at the 2013 Frankfurt Motor Show.

As is evident from the name, the upcoming concept will boast of matrix LED headlights that will have laser light technology. As per the manufacturer, “two low-profile trapezoidal elements are visible within the headlights – the outer one generates the low beam light using matrix LEDs and an aperture mask, while the inner element produces laser light for high-beam functionality.“

Other than this, the upcoming concept also boasts of Plasma Red exterior and a three-dimensional infotainment display that is powered by a Tegra 30 processor from Nvidia.

Akin to the original concept model, the upcoming Audi Sport quattro laserlight concept boasts of a plug-in hybrid powertrain that consists of an electric motor and a twin-turbo 4.0-liter V8 gasoline engine. The powertrain has a combined power output of 700 hp and peak torque of 800Nm. The car is sufficiently potent to accelerate from zero to 100 kmph in a scant 3.7 seconds and has a top whack of 305 kmh (189 mph).

Stay tuned to Motoroids for more updates on the Audi Sport quattro laserlight concept and other cars that will be showcased at the CES 2014.