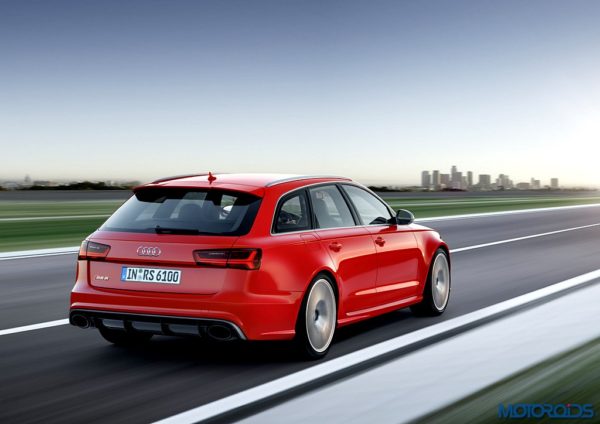 At the heart of the Audi RS6 Performance will be the same 4.0-litre twin turbocharged V8 petrol motor which has been tuned to produce 597 bhp as compared to 553 bhp on the standard variant. The maximum torque is rated at 700 Nm although the engine, with the help of an ‘Overboost’ function, can provide an additional 50 Nm of torque, taking the total output to 750 Nm. Transmission duties are handled by an eight speed Tiptronic unit that sends power to all four wheels via Audi’s famed ‘Quattro’ all wheel drive system. Speeds of 0-100 kmph can be attained by the performance oriented station wagon in just 3.7 seconds. 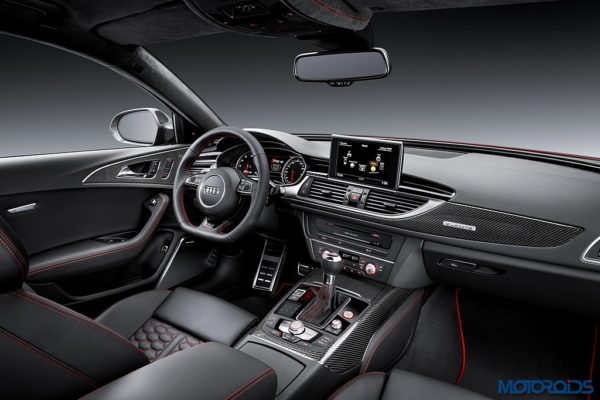 Design wise, the Audi RS6 Performance features LED headlamps at the front, LED tail lights at the rear and a panoramic sunroof above. Audi could also offer 21 inch cast aluminium wheels instead of the 19 inch alloys. Inside, the model will come equipped with features such as climate control, electrically adjustable seats and the optional carbon ceramic brakes which will increase the electronically limited top speed from 250 kmph to an eye-watering 305 kmph.