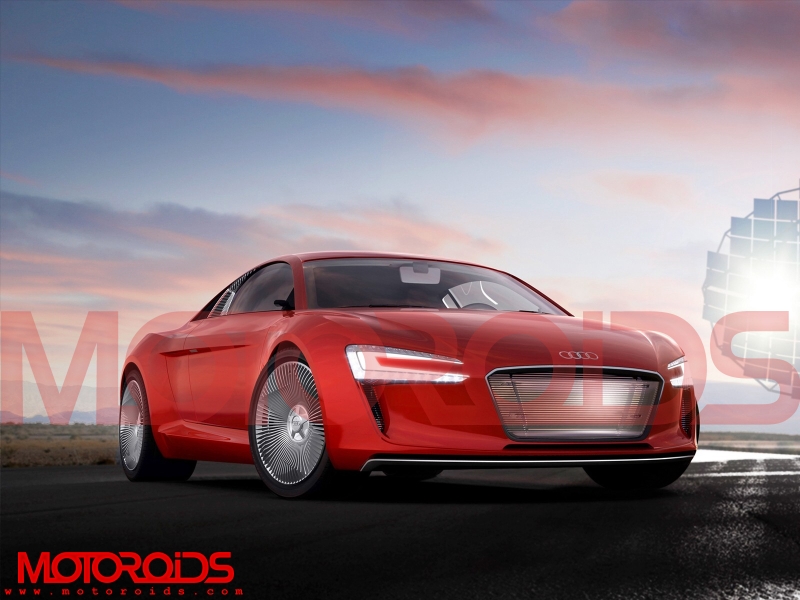 Johan de Nysschen, President of Audi America, had recently confirmed that the all electric ‘e-tron’ concept that debuted at the Frankfurt Motor Show, has got the green signal for production. Close on the heels of this news, Auto Express now reports that the e-tron will be produced under the much speculated ‘R4’ name plate and will be slotted between the Audi TT and the R8.

However, they are also reporting that the R4 won’t be limited to an all-electric motor. Petrol and diesel engines are also on the cards and the R4 will share the same platform as its step siblings – the upcoming Porsche Boxster and Cayman models. The e-tron derivative however, will be the top of the line R4 and will be propelled by four individual lithium-ion battery powered motors. The electric R4 is expected to produce over 300 PS worth of power and 4,000 Nm of torque – no its not a typo! These stats will allow the R4 to sprint from 0 to 60 in less than 5 seconds with a top whack of 225 km/h. The speculated range would lie between 220-240 kilometers before a recharge. The electric R4 is expected to hit showrooms by 2012 with the conventional combustion engines to follow later.