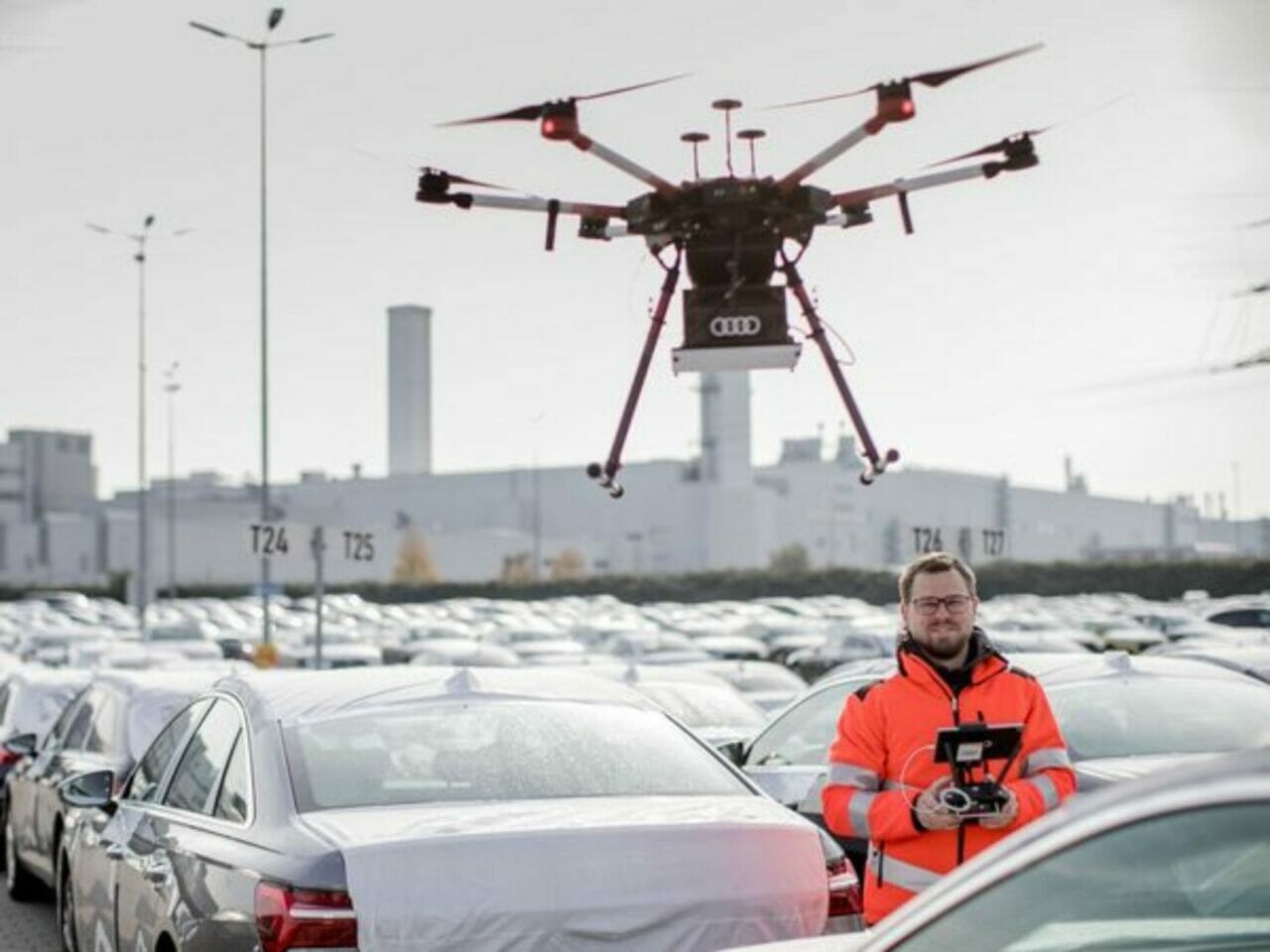 Automation and technology are going to play a crucial role in the automotive industry not just with regards to products but in operations as well. Manufacturers have started investing in robotics in order to make operations more robust and economical but Audi seems to have taken it to a different level.

The carmaker has recently announced the induction of a new specially-developed drone at its Neckarsulm factory in Germany. The new drone developed by the automaker will be used to save time and make the dispatch process efficient and easier, as claimed by Audi. 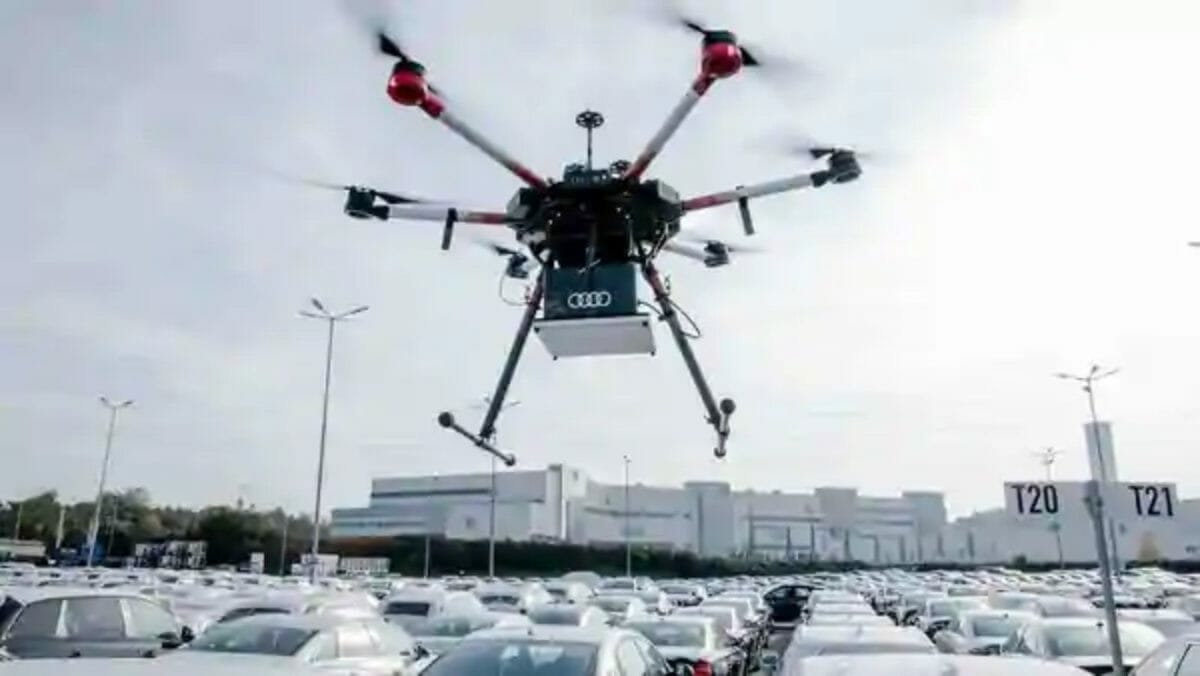 How does the drone operate?

The drone autonomously flies over the vehicles parked in the facilities dispatch area and records cars’ exact location in the bay. This helps executives at the manufacturing facility to plan the necessary steps involved in dispatching a car to the customer. The Neckarsulm facility rolls out the Audi A4, the A5 Cabriolet, A6, A7, A8 and the Audi R8 every day. The dispatch process at this complex facility was quite difficult but now the employees use the autonomous drone to scan and identify the vehicles at the enormous car parking area.

The drone system, which has six propellers, uses a GPS and radio frequency identification (RFID) technology to identify and save the vehicle position. Each Audi receives a vehicle identification number in the body shop which is identified by the drone using RFID reader. Once the flying device lands after completing its flight, the data is transmitted to a database via Wi-Fi automatically and the result is then displayed on a digital map for the employees. This makes it easier for executives to track a vehicle parked in a vehicle dispatch bay and prepare it to deliver it to the customer or dealership.

Help from above: #Audi uses #drones to locate the #vehicles at the site that are ready for dispatch from the #Neckarsulm plant. Why this #system makes the process even easier and more efficient >> https://t.co/6gBIVE7uM8 pic.twitter.com/QWgEvC5den

Also READ: The Lamborghini Limited Edition Essenza SV12 Is All About Extreme Power

The drone takes flight and lands autonomously and employees monitor the device using a tablet or laptop. But in case of an emergency, they can override the autonomous mechanism and take control of the drone. Audi has been using the drone at the Neckarsulm facility as a pilot project but it is likely to expand it to several other facilities as a permanent solution. Similar types of autonomous drones could be implemented in most of the Volkswagen Group’s facilities in the near future.