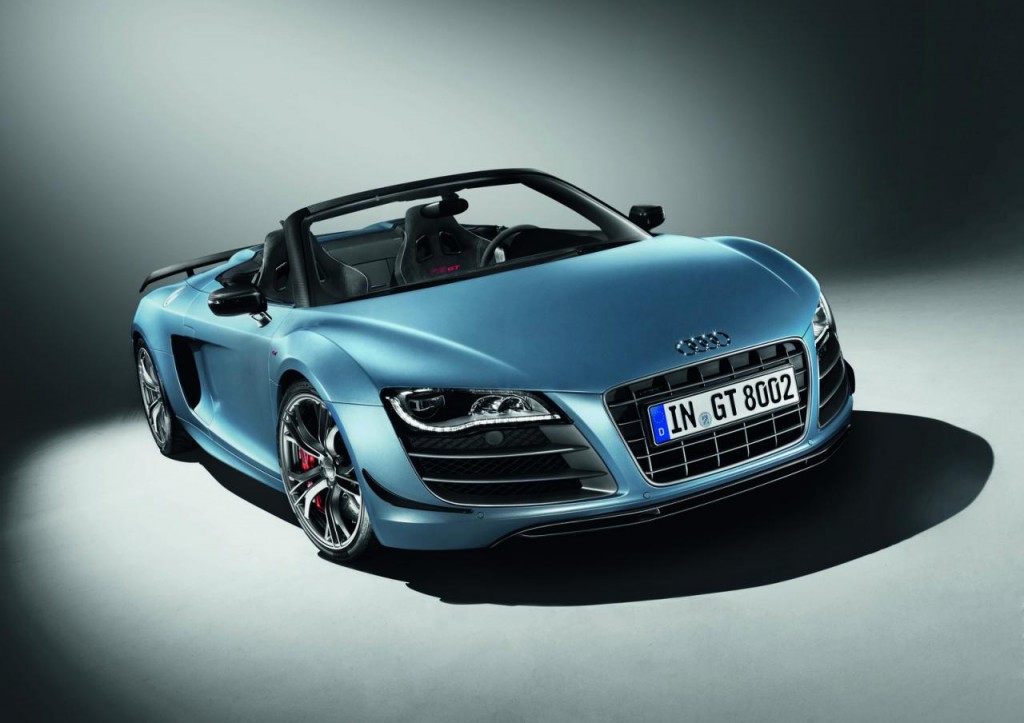 We had shown you the spy images of the Audi R8 GT Spyder and speculated that it will be launched soon, and Audi has finally introduced the baby . The R8 GT when introduced was an instant hit and was sold out in no time. The R8 gave Audi a new perspective in terms on design and engine refinement which is best in class.

The R8 GT Spyder features the same engine which is planted in its sibling R8 GT  which is the 5.2 lit FSI V10 producing an amazing 560PS of power and equally amazing 540Nm of mega torque. The R8 GT Spyder being 85kgs lighter is slightly faster than its sibling; the light weight nature is dude to use of Carbon Fiber Reinforced Polymer (CFRP) and Glass Fiber Reinforced Polymer (GFRP) on several body panels.

The Audi R8 GT Spyder sets off like a bullet with 0 – 100 km\hr coming  in  3.8 seconds and top speed of 317 km\hr. There is also a fabric soft top roof which retracts in less than 19 seconds and can be deployed till a top speed of  50km\hr. Sadly the Spyder will be a limited 333 units, surely there are many Indian enthusiasts who would like to get their hands on this baby.