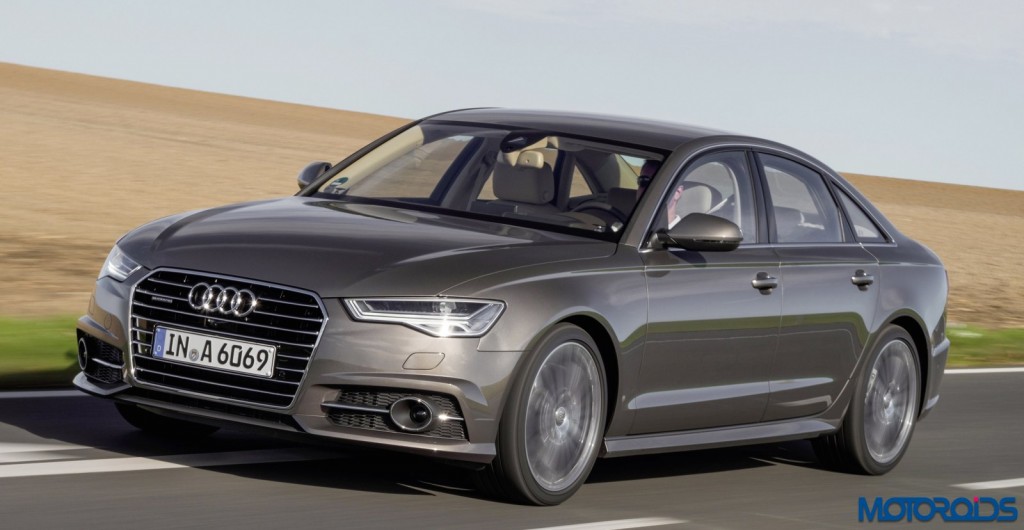 Audi India has launched its new, face lifted, 2015 version of the A6 sedan in India with a price tag of Rs 49.5 lakh ex-showroom Delhi. While not a complete model upgrade, the face lifted version features some notable changes, most conspicuous of which is the new Matrix LED lighting system, a technology first introduced on the Audi A8 (read our review here) which selectively lights up its LEDs to not dazzle the drivers approaching from the opposite direction. Other important changes on the exterior include re-styled bumpers, re-styled front grille, dynamic turn indicators with sweeping function, re-styled tail-lamps and a new design for the exhaust.

In its newest avatar, the A6 gets 18 inch wheels with a new design five ‘V’ Spoke design alloy wheels. The weight of the car stands at 1,830 Kg, with a boot capacity of 530-liter. 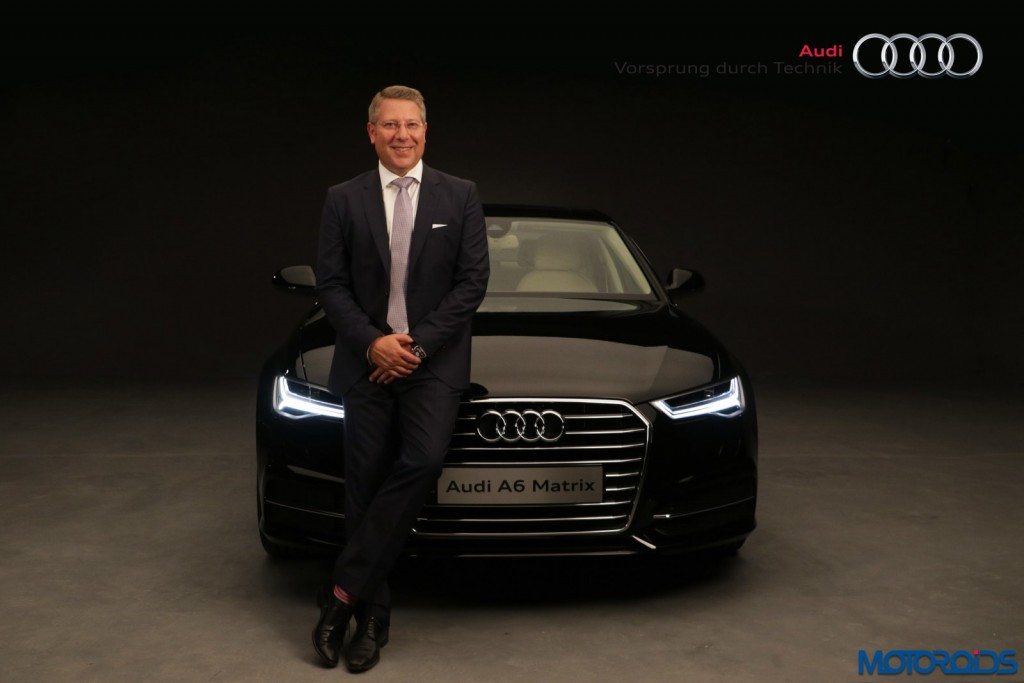 Audi India, as part of a new experiment conducted the market release of the new car via a soft-launch with a unique video press release where the company head Joe King is seen explaining the salient features of the new car.

The new A6 Matrix sedan is available with a 2.0L TDI engine generating 190 hp (140 kw), with power output increased by seven percent and fuel efficiency by five percent. Transmission duties are taken care of by a dual clutch S-tronic 7-speed gearbox.

The car gets stylistic and feature related changes inside the cabin as well. The MMI infotainment system gets upgraded with some new features and now gets a voice dialogue system. The dashboard for the new car has been overhauled with new styling and trim. Features like eight airbags and handwriting recognition get carried over from the previous version. 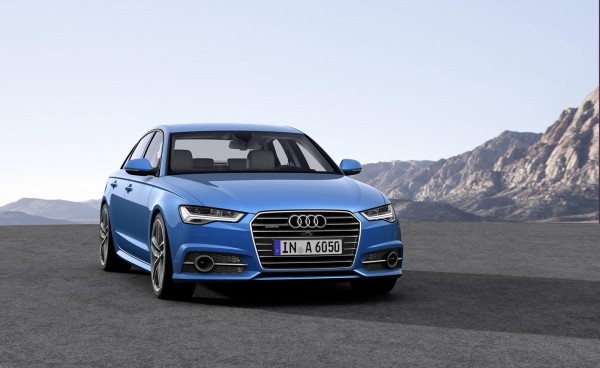 The power retractable eight inch central screen gets a new navigation system though. The new screen benefits from a technology that uses the fast Tegra 30 graphics chip from Audi’s partner Nvidia. The module will also include an LTE port which will offer online services to the user including support from apps. The face-lifted A6 Matrix can also be ordered with ventilation and massage function for the seats. In addition to all those changes, the car also get a Bose Surround Sound System with 600 watts output. 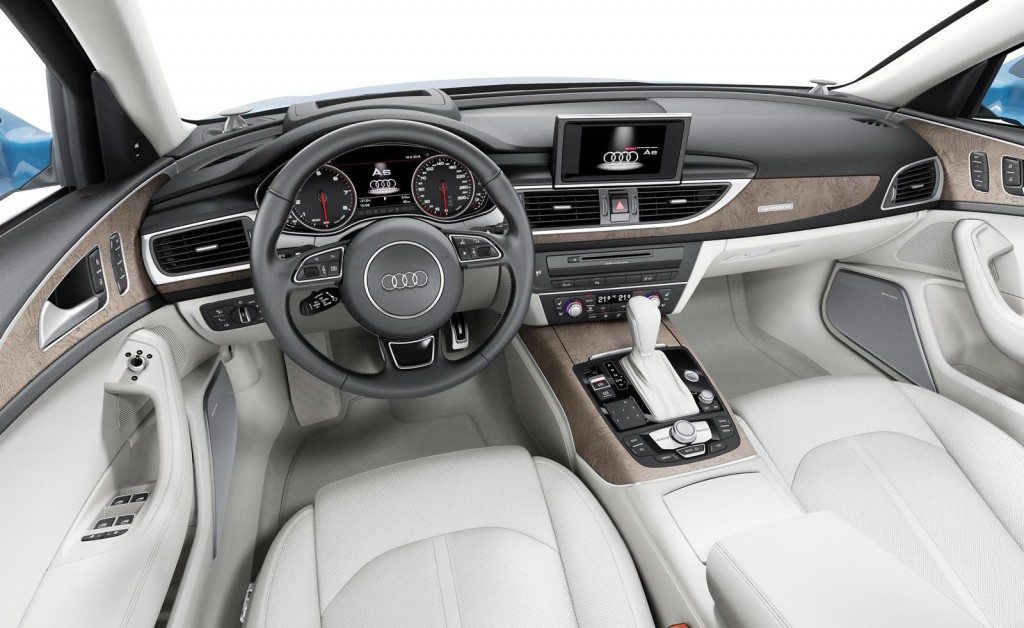 Electric front seats with driver side memory function come standard.  All the seats come wrapped in high quality Milano Leather and can be had in three colors: Black, Beige and brand new Nougat Brown. Co-driver seat is electrically adjustable from the rear for additional leg room, while four zone automatic air conditioning for individual temperature preferences comes as standard. 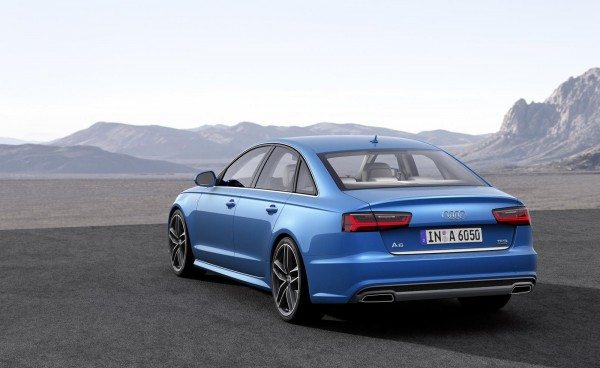 Meant to take the fight to the Mercedes E-class, BMW 5-series and Jaguar XF, the A6 presents itself as one of the top dogs in the segment.

“The new Audi A6 Matrix is our sixth launch this year. We have seen increasing demand and success with our launches and are confident of setting new benchmarks for the luxury car industry in India,” Audi India Head Joe King said in a statement.

Check out the video press release of the new car below. Don’t forget sharing the news with your petrol head friends using our one-click sharing options at the bottom of the post.