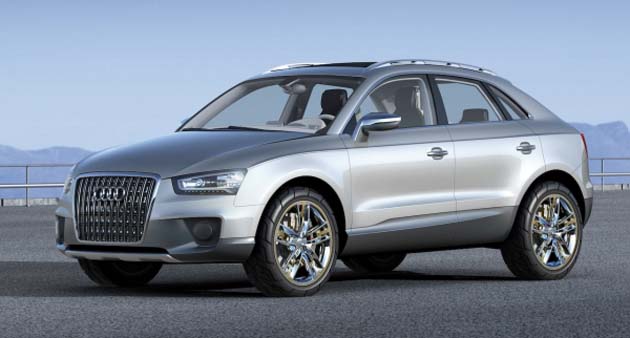 Audi seems to be all set to get very aggressive with its Indian operations. Just a couple of days back, we reported about Audi planning to introduce more than half a dozen new models in the Indian market. Now, it has been reported in The Business Line that of the total of about 1.5 million cars that Audi sold worldwide, merely 5,511 units were sold in India. The popular German carmaker will concentrate hard in capturing more market in India, Brazil and Russia.

The luxury car maker has hinted at the objective of selling at least 50,000 cars here by 2020. Audi shares the assembly line with Skoda in Aurangabad. However, parent company Volkswagen has recently commissioned an exclusive manufacturing facility for Audi at Chakan near Pune.

The report quoted Michael Perschke, Head, Audi India as saying “India will get more attention and support from Audi especially when it is tipped to be the third largest car market by 2020. We have been China-focused for some years but, of late, are shifting our attention to India. Audi is the fastest growing luxury brand not only in volumes but in aspiration. It is a ‘young-at-heart’ brand and we are clear that our product strategy should have substance and stay ahead of competition.”He also said that they have huge expectations from BMW X1 rivaling Audi Q3 which will be launched later this year.

Perschke also said that long-term success is priority and striving for quick volumes will only harm the brand.