Audi had showcased the A3 Cabriolet at the Auto Expo 2014 along with the A3 sedan, which was launched recently. Now Audi India is all geared up for the launch of the Audi A3 Cabriolet on December 11.

The Audi A3 Cabriolet is a 4 seater – 2 Door – sporty, versatile and elegant car with aggressive styling. The rear seats are best suited for kids. The Cabriolet features a fully motorized retractable roof which can even be operated on the move and requires 18 seconds for the operation while moving at speeds upto 50km/h. 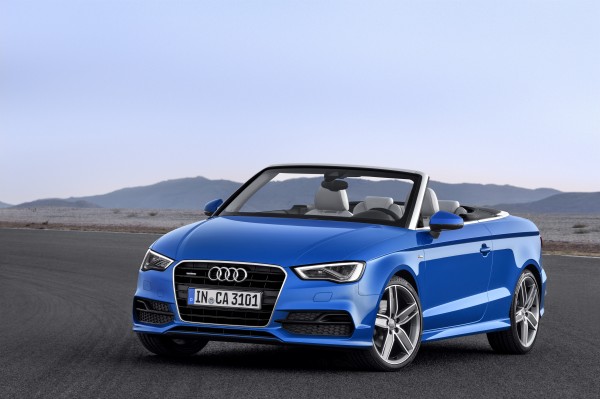 CLICK HERE TO READ OUR REVIEW OF THE AUDI A3 SEDAN

The A3 Cabrio shown at the Auto Expo 2014 was the 1.8 liter TFSI model which churns out 180 PS and comes mated to a S-Tronic transmisison. The Cabriolet is also available with a smaller 1.4 liter TFSI engine producing 140 hp and a 2.0 TDI motor which develops 150 hp. All engines in the new Audi A3 Cabriolet combine the technologies of direct injection, turbocharging and a start-stop-system.The other players, Mercedes-Benz and BMW do not cater to the entry level Cabriolet segment in the Indian market and Audi could have an upper hand with A3 Cabriolet. 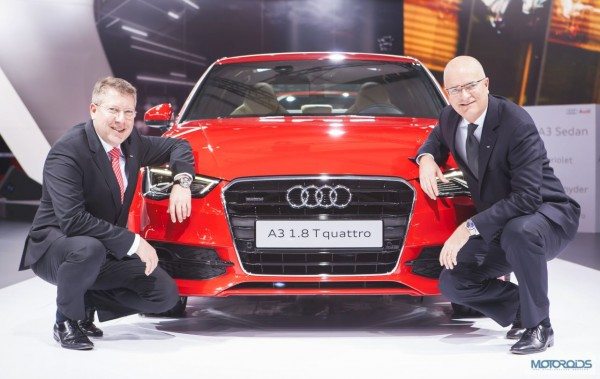 The A3 Cabrio will come kitted with the Audi MMI, featuring the Audi Drive Select. Interior would be similar to its sedan sibling and feature a flip out MMI screen and a differentiated center console.

As the volumes from the Cabriolet would be low, Audi India will launch the model in India via the CBU route which will make it considerably expensive than its sedan variant.

Stay tuned to Motoroids for more dope on the Audi A3 Cabriolet.