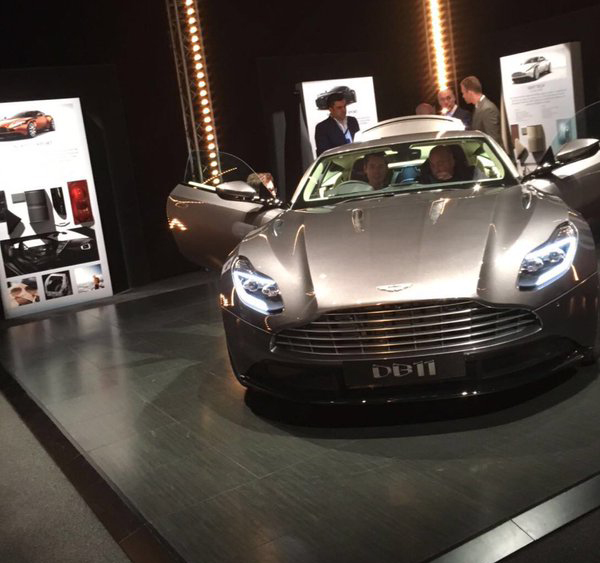 While the Aston Marin DB10 remained a show car and a certain James Bond’s ego extender, healthy replacement for the British brand’s antiquated DB9 sports car will come in the form of the new DB11.  The DB11’s front fascia has now been revealed, thanks to Twitter user RudyB001, who shared this leaked photograph of Aston’s latest at what appears to be some sort of a private preview. 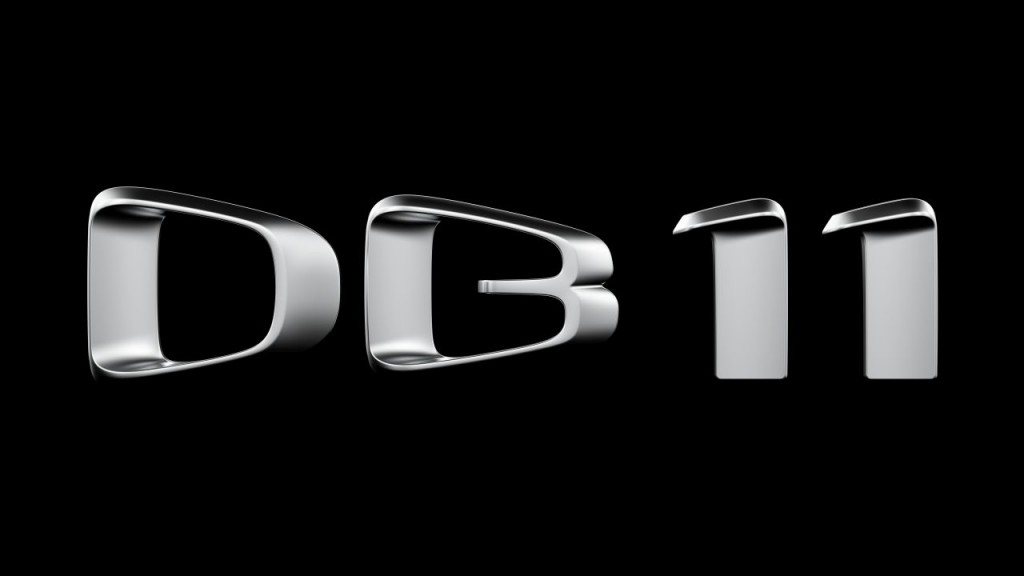 The DB11’s style will be quintessentially Aston Martin, yet contemporary enough to eyeball the latest from Italy. Aston’s trademark, catfish faced grille stays, but compared to the DB9, everything else around it has become more intense. The new bonnet’s sculpting has crisper lines and tauter surfaces, while the new headlamps get edgier corners and hoity-toity LED strips. Aston’s signature philosophy of upward opening doors have been kept intact in the new DB11.  The rest of the design will be presumably inspired by the DBX Concept – the first all-electric, all-wheel drive, Aston Martin. 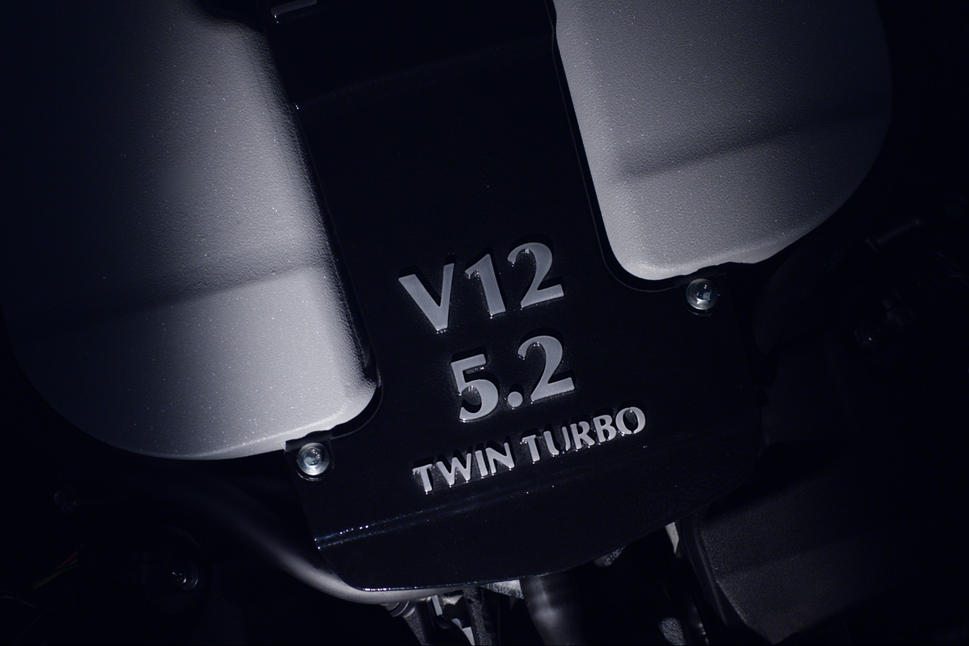 Power for the new Aston Martin DB11 will come from a newly developed 5.2-litre, twin-turbocharged V12 engine which is rated at over 600 horsepower. This will bid the DB9’s 6.0-litre, naturally aspirated V12 engine goodbye. Later in the day, a smaller, 4.0-litre, twin-turbocharged V8 engine developed in conjuction with AMG is expected to join the new V12 engine. The new Aston Martin DB11 is expected to be revealed at the 86th Geneva International Motor Show starting next month.